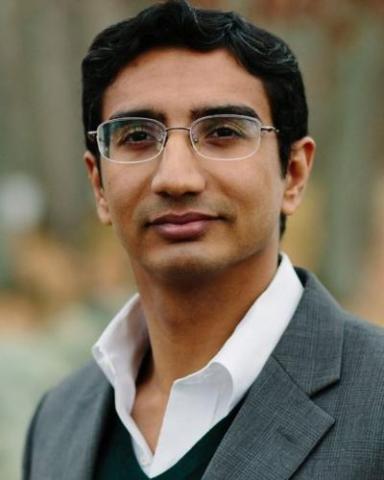 Dhruva Jaishankar is a Nonresident Fellow at the Lowy Institute, and Director of the US Initiative at Observer Research Foundation in New Delhi. Previously, he was a Fellow in Foreign Policy Studies at Brookings India in New Delhi and the Brookings Institution in Washington DC. His research examines India’s role in the international system and the effects of global developments on India’s politics, economics, and society, with a particular focus on India’s relations with the United States, Asia and the Indo-Pacific, and Europe.

He is a regular contributor to the Indian media (including The Times of India, Economic Times, Mint, and Dainik Bhaskar) and has contributed to several international publications (including The Washington Post, Foreign Policy, The New York Times, The Atlantic, The Straits Times, and Survival). He has also been featured in reports or broadcasts by the BBC, Bloomberg, Channel News Asia, The Financial Times, The New York Times, NPR, PBS, The Wall Street Journal, and The Washington Post.

Jaishankar was a Transatlantic Fellow with the German Marshall Fund (GMF) in Washington DC from 2012 until 2016, where he managed the India Trilateral Forum, a regular policy dialogue involving participants from India, Europe, and the United States. From 2009 to 2012, he was programme officer for Asia with GMF. He previously worked as a research assistant at the Brookings Institution in Washington and as a news writer and reporter for CNN-IBN television in New Delhi. He has been a Brent Scowcroft Award Fellow with the Aspen Strategy Group. In 2015–16, he was a Visiting Fellow with the South Asia Programme of the S. Rajaratnam School of International Studies at Nanyang Technological University in Singapore.

In 2013, Jaishankar was an IISS-SAIS Merrill Center Young Strategist and was a 2016 participant in the Asian Forum on Global Governance. He has been a non-official Indian delegate at several Asian security conferences, and participates in regular Track II dialogues with Pakistan. Jaishankar holds a bachelor’s degree in history and classics from Macalester College, and a master’s degree in security studies from Georgetown University.