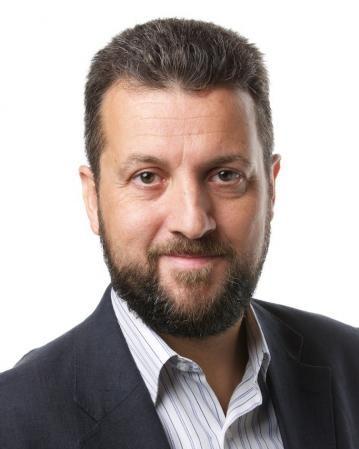 There are downsides to China’s economic value proposition and politicians could do more to prep the public.
By Euan Graham

Cracks in walls and Trump’s border with Mexico

How does Donald Trump’s fixation with border fortifications sit in the context of historic and contemporary examples?
By Euan Graham

Mind the gap: views of security in the Pacific

An emphasis on “non-traditional” issues in the islands should not discount Canberra’s legitimate geostrategic concerns.
By Euan Graham

Ambiguity is deliberate to the way BRI has been rolled out, but it has all signs of a gargantuan-scaled grand strategy.
By Euan Graham

Far from a “lost cause”, the Asia Power Index demonstrates the chance Taiwan has to strengthen its defence networks.
By Charlie Lyons Jones, Euan Graham

Australia seeks Plan B as trust in US falters

China appears to be stepping up its maritime capacity-building efforts.
By Euan Graham

New Zealand could change to a strategic “front line” if geopolitical competition in the South Pacific hots up.
By Euan Graham

Mindful Mattis did just fine at the Shangri-La Dialogue

The US Secretary of Defense fleshed out the Trump administration’s “free and open Indo-Pacific” strategy with aplomb.
By Euan Graham

US credibility has taken a significant hit, with broader impacts for Washington’s relationships in Northeast Asia.
By Euan Graham

Singapore, Panmanjom, Ulaanbataar, or anywhere else, deciding where the leaders meet will broadcast an important signal.
By Euan Graham

Clearly, someone in Australia’s defence and security establishment wanted China’s challenge to be made public.
By Euan Graham

Sending the Liaoning through the Taiwan Strait may signal China’s displeasure, but in military terms is an irrelevance.
By Euan Graham

Joint freedom of navigation patrols by the UK and France would be more convincing to a regional audience.
By Shashank Joshi, Euan Graham

The most important foreign policy speech in a year hints how Australia's view has evolved in a short time.
By Euan Graham

Admiral Harris, you can see China at a different angle from down here

Originally published in The Australian
By Euan Graham
view
view

Canberra is busy diversifying its diplomatic efforts partly in response to ASEAN's shortcomings.
By Euan Graham

Joining the dots to Vancouver

Did China browbeat Australia to downgrade official participation in a conference on North Korea?
By Euan Graham

Faced with a distracted US and an increasingly assertive China, Australia needs, more than ever, friends and partners in the region. Originally published in the Straits Times
By Euan Graham
view
view

Which are the countries still talking to North Korea?

North Korea is often portrayed as entirely isolated from the rest of the world, but as the Lowy Institute's new 2017 Global Diplomacy Index has found, the so-called Hermit Kingdom has diplomatic links with almost 50 countries. Which are they, and just how close are their ties? Originally published
By Alex Oliver, Euan Graham
view
view

Were Seoul or Tokyo to acquire nuclear-weapons capacity, the region would not instantly become any more or less secure.
By Euan Graham

Australia can't afford to wait until 2032 for the first of its new submarines to enter the water.
By Euan Graham

The RAN would have to mobilise practically the entire fleet to match the missile inventory of one Chinese cruiser.
By Euan Graham

A modest proposal for Australian engagement in North Korea

The North Koreans may very well say no. But there's little harm in trying.
By Euan Graham

I understand the US Marine commander in the Pacific is willing to allow MRF-D to serve under Australian command if the operational need arises.
By Euan Graham

The USMC and ADF operate well together, though they have their own distinct traditions and cultures that require some working through.
By Euan Graham

Asia has acquired yet another flashpoint, one that China has deliberately picked at a time and location of its choosing.
By Euan Graham

The obvious wrinkle in the PM’s ANZUS pledge is what happens if the US strikes first and North Korea retaliates by attacking South Korea.
By Euan Graham

The 21st century will be a battle on the urban front

Fire and fury, signifying nothing?

Can Boris Johnson deliver on his colossal naval expectations?

The appearance of a Chinese Navy AGI during Talisman Sabre is not all bad news for Canberra’s defence engagement with Beijing. But maintaining the smiles will prove harder in future.
By Euan Graham

We should worry about North Korea, even though it's small and weak

Does Te Kaha’s frontline integration at the pointy end of Washington’s maritime 'big stick' constitute a signal of recharged ANZUS alliance cohesion, in the direction of China and North Korea?
By Euan Graham

Malcolm Turnbull is taking a pragmatic regional approach to China

The US Commander of the United Nations Command in South Korea, General Brooks, wants to 'revitalise' it.
By Euan Graham

Even under revitalised leadership, there are significant geopolitical and domestic constraints on Seoul’s room for manoeuvre with North Korea.
By Borim Yoon, Euan Graham

Abrupt swings in policy direction in Asia are detracting from already diminished stocks of US trust and credibility.
By Euan Graham

Trump and Kim have something in common: Neither wants war

The most destabilising outcome from the current tensions would be if Kim concludes that Trump's bluff can be called, consequence-free.
By Euan Graham

A third-party intervention serves to keeps the Hague award alive, by internationalising it.
By Euan Graham

The episode should trigger alarms for other neutrals concerned about the potential for North Korean skullduggery on their turf.
By Euan Graham