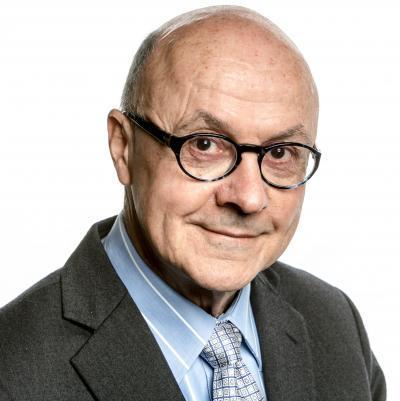 Our toughest job lies ahead

It is five months since the last reported Covid-related death in Australia. But it is how we handle unemployment that will be one of the most critical issues. Originally published in The Australian
By John Edwards
view
view

Australia faces rising unemployment, increased debt and lower living standards, but the challenges are not insuperable.
By John Edwards

The Costs of COVID: Australia's Economic Prospects in a Wounded World

Curtin’s call to the nation

Policies that injure global trade in medical products would hurt the US and Western democratic allies more than most.
By John Edwards

Debt will grow, for government, business and individuals alike, with interest rates to stay low – but all under control.
By John Edwards

Australia needs to be very wary of how Donald Trump’s “unbelievable deal” will play out.
By John Edwards

The detail in the present truce in the US-China trade war carries some bad news for Australia.
By John Edwards

Yes, there has been a reduction in exports between China and the US, but there are other reasons besides tariffs.
By John Edwards

Both countries have good reasons to cool off the two-year trade war.
By John Edwards

US-China trade talks: No deal yet, but a breakthrough of sorts

Donald Trump has begun talking about “phases”, suggesting he has a more realistic expectation of what it is possible.
By John Edwards

Everything leaks in Washington, except the 150-page summary of the trade talks – and that’s a good sign of seriousness.
By John Edwards

There will have to be a negotiation to enable negotiations to resume, and quick, otherwise the US election will intrude.
By John Edwards

With the US election looming, the window for an agreement is closing – yet the two sides are closer than often assumed.
By John Edwards

Why Trump and Xi will do a deal

Averting a global calamity? Trump and Xi at the G20

The outlines of a trade deal between the United States and China are there. But without a return to the negotiating table, the dispute could rapidly escalate, magnifying the damage to world growth
By John Edwards
view
view

When tackling China over subsidies, countries might reflect on which comparable industry support they might forgo.
By John Edwards

A deal will imply that economic separation – or “decoupling” ­– of the two giant economies has not been pursued.
By John Edwards

Economic conflict between America and China: A truce declared, the talks begin

The US is in trade rows with all of its major trading partners at once.
By John Edwards

China will certainly respond to a forthcoming US investigation and exports penalties with sanctions of its own.
By John Edwards

Foreign direct investment in Australia has boomed despite warnings of a sharp loss of international competitiveness.
By John Edwards

Trump’s tariffs: not a trade war, yet

China’s steel and aluminium exports are tiny – punitive US tariffs on China’s manufacturing would be recklessly damaging.
By John Edwards

The problem for the global economy is not what the Trump administration has done so far. It is what it may contemplate doing next.
By John Edwards

In the economic realm, China is not only rapidly becoming a superior power, but also one with the same partners as the US.
By John Edwards

UK and Australian angles on foreign investment are becoming more alike, driven in both countries by the same policy perplexity.
By John Edwards

John Curtin: normal nice human being in world at war

Australia was once a global inflation champ, but no more.
By John Edwards

Muslims are certainly a target for Senator Hanson, but I’ve little doubt their integration into Australian society is proceeding in much the same way as past waves of migration.
By John Edwards

While forecaster moods have been volatile, global growth overall has been pretty consistent – and pretty good.
By John Edwards

Ambitious reform plans go to the core of the regime's power. Little wonder the pace is slowing.
By John Edwards

Given the recent weaker growth in wages and output, along with a lacklustre jobs market, it's time for another look.
By John Edwards

Is the relationship between growth and inflation shifting?

The RBA leadership is clearly thinking about the possibility that the relationship between inflation and output growth may have altered in an enduring way.
By John Edwards

European leaders probably recognise that US presidents are usually difficult on trade issues, and for all his efforts Trump has yet to prove himself more unsatisfactory than his predecessors.
By John Edwards

My guess is the RBA is already thinking about a program of rate increases that will continue for several years.
By John Edwards

No, wait! Globalisation makes a comeback

The G7 meeting comes at a time when economic globalisation is widely said to have stalled, if not moved into reverse, but there is plenty of data that suggests otherwise.
By John Edwards

Convention likely to win out in Trump-Xi meeting

The issues Trump and Xi do not discuss may be as telling as those they do.
By John Edwards

Whatever may be happening to the global security system, the global economy is growing, prospering, and is every day more closely integrated.
By John Edwards

At some point the Trump Administration will have to confront the fact that the US economy is in better shape than Trump depicted during the campaign.
By John Edwards

Australia's economy in 2017: Bad news for jobs but no recession

How to be exceptional: Australia in the slowing global economy

While the US and UK have seen political rebellions against migration and trade, Australia has tranquilly entered its 26th year of growth. Australia can in coming decades increase living standards faster than most other advanced economies, despite gloomy prophecies and slowing global growth.
By John Edwards
view
view

It's now over 70 years since British Prime Minister Winston Churchill told his Australian counterpart John Curtin of his wish to see a united western Europe, of which Britain would be a member. The allies had fought their way up the southern Italian peninsula but the Normandy landing was still a
By John Edwards

This is the second in a two-part series examining Saudi Arabia's ambitious plan to transform its economy. Part 1 looked at the reach of the Vision 2030 plan and labour force implications; part 2 examines which industry bets are most likely to pay off. Vision 2030's central and stunning call is to
By John Edwards

This two part series considers Saudi Arabia's ambitious plan to transform its economy. Part 1 looks at the reach of the Vision 2030 plan and labour force implications, Part 2 will examine which industry bets are most likely to pay off. Though he is yet to reveal the details of the plan, Saudi
By John Edwards

If Scott Morrison becomes treasurer, he can't change the world. But he can reinterpret it

Scott Morrison, widely expected to be appointed Australia's new treasurer early next week, can't change the world. Or at least not over the next year or so. But he can reinterpret it, and that's sometimes as much as a treasurer can do. He should and probably will promptly cancel whatever overseas
By John Edwards

Why we shouldn't worry: This is what an economic transition is supposed to look like in China

Growth is certainly slower and its structure is changing, but is the outlook for China's economy quite as awful as global share markets seem to think? Now the world's biggest economy (using the IMF's purchasing power parity measure), China matters vastly more for world markets than it did a
By John Edwards