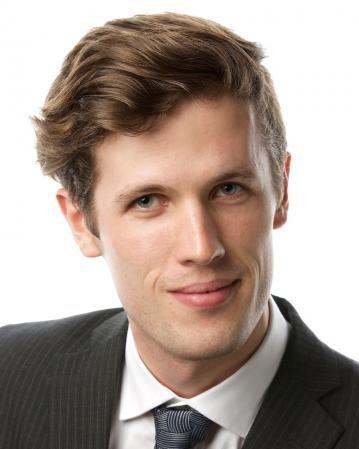 Upcoming EU regulations will have a huge effect on how data-fuelled tech giants do business.
By John Gooding

If a popular narrative emerges equating deeper engagement with unhealthy tech addiction, Facebook will not be able to avoid confronting it.
By John Gooding

‘Ambassador Assange’ is not the real story

A posting was never on the cards for Julian Assange – and he likely knew it.
By John Gooding

The alternative is abandoning the problem and hoping the tech giants are willing and able to figure it out on their own.
By John Gooding

"Intelligent disagreement is the lifeblood of any thriving society."
By John Gooding

On New Zealand, Turnbull, Pyne and Bishop have engaged in poor foreign policy at the behest of even worse domestic politicking.
By John Gooding

Quick comment: Sebastian Mallaby on Trump, the Fed and the global economy

Stephen Grenville's intervew with Sebastian Mallaby covered Trump, the US Federal Reserve, what the RBA can learn from America and how Trump might interact the World Bank and IMF.
By John Gooding

Well-resourced journalism is undoubtedly necessary to inform the public about domestic issues, but are foreign correspondents equally necessary?
By John Gooding

Social media networks have long abrogated their responsibilities on content control, and governments have started to notice.
By John Gooding

Euan Graham spoke with David Skalicky, a Lieutenant Colonel in the United States Air Force who is currently operating the F-22 out of RAAF Base Tindal.
By John Gooding

Unfortunately, the attention that both journalists and audiences pay to Trump is (at least in part) attention unpaid elsewhere.
By John Gooding

US President-elect Donald Trump has significantly softened his rhetoric on climate change, saying he has an 'open mind' to it.
By John Gooding

Facebook's fake news: Why leave it to Zuck?

Facebook is a global utility, and it deserves global attention.
By John Gooding

Donald Trumps's election victory has prompted immediate speculation about the future of the US-Australia alliance and of the US presence in Asia.
By John Gooding

In their quick run-through, Bishop & Koenders understandably neglected to mention one of the more interesting & darker episodes of Dutch-Australian history.
By John Gooding

How much do Australians actually want a ban on Muslim immigration?

This week the polling company Essential Research dropped a bombshell of a result: 49% of Australians support a ban on Muslim immigration (40% oppose, and 11% don't know). Split by the major parties, 60% of Liberal voters, 40% of Labor voters and 34% of Greens voters support a ban. While none of the
By John Gooding

Yesterday Lowy Institute Research Fellow and resident Indonesia expert Aaron Connelly spoke to ANU's Eve Warburton on how Jokowi has managed to achieve something of a political comeback over the past year, what he plans to do with all this new power, and how Jokowi is managing resource nationalism
By John Gooding

On Australian public opinion, Xi gets it wrong

With the G20 leaders' summit in full swing earlier this week, Australian Prime Minister Malcolm Turnbull has been meeting with leaders from the UK, India, France and China. Turnbull had much to discuss with Xi Jinping in particular, as The Australian's David Crowe reported: An
By John Gooding

In her address to the Lowy Institute Media Award dinner, ABC Managing Director Michelle Guthrie emphasised the ABC’s soft power potential. Afterwards, Radio National presenter Mark Colvin asked her about what exactly her comments meant (Colvin's question can be heard in full from 38:27 in this
By John Gooding

In this Quick Comment, the Lowy Institute's International Security Program Director Euan Graham talks to RAND Corporation's Andrew Scobell on how China perceives US strategy and decision-making, China's past experience with alliances (and the relative absence of contemporary Chinese allies), and
By John Gooding

What we know about Penny Wong and foreign policy

Over the weekend Bill Shorten, leader of the opposition, announced a fairly major reshuffle of the Labor shadow ministry. Tanya Plibersek has left foreign affairs for the domestic battleground that is education; Senator Penny Wong (formerly of the trade and investment shadow ministry) will take her
By John Gooding

An excellent quick video published by The Atlantic and narrated by Shadi Hamid, senior fellow at the Brookings Institution on the historical and contemporary role of Islam in Middle Eastern politics: (h/t @BrendanTN_
By John Gooding

John Howard and the Chilcot Inquiry

Last night all two million plus words of the Report of the Iraq Inquiry (otherwise known as the Chilcot report) were released to the general public. The Chilcot Inquiry found that Iraq did not present an imminent threat at the time of military action, that diplomatic efforts seeking disarmament had
By John Gooding

After eight weeks of campaigning, the Australian election is still not yet over. As the New York Times's Michelle Innis summarises: As of Monday, neither the Liberal National coalition, led by Mr. Turnbull, nor the Labor Party, led by Mr. Shorten, had won enough seats to form a government outright.
By John Gooding

Today the Lowy Institute launched the 12th annual Lowy Institute Poll, which asks Australians how the feel about issues concerning the world and Australia's place in it. As always, there are many interesting findings; for analysis of this year's results, see Alex Oliver's post from this morning.
By John Gooding

Yesterday the outgoing secretary for the Department of Foreign Affairs and Trade, Peter Varghese, delivered a fascinating and candid lecture at the Institute for Public Administration on the state of the public service and of public policy analysis in Australia. Of particular interest are Varghese's
By John Gooding

Next month, Britain will vote on whether to leave the European Union. How are both sides' campaigns affecting British politics? How would either outcome affect Britain's relationship with the EU? And if Britain votes to stay, what are the prospects for a similar referendum in the future? Yesterday
By John Gooding

How the media reacted to Di Natale's Lowy Institute address

Subs and ships: The merits of domestic builds

Yesterday the government announced the commissioning of dozens of naval vessels. In an effort to stave off the industry 'valley of death' between major projects, planned construction of 12 offshore patrol vessels (OPVs) in South Australia will begin in 2018. In 2020, previously scheduled
By John Gooding

How Hollande fed the trolls

Back in February, the New Zealand Army's public affairs manager Matt Boulton wrote a blog post for the Australian Army on his organisation’s experiences with social media. Among the many good points he raised was the unintuitive notion that those who ‘like’ you don’t necessarily 'like you
By John Gooding

Brookings senior fellow and and Chinese economy expert David Dollar is in town as the 2016 G20 Studies Centre Visiting Fellow. David was a World Bank country director for China and Mongolia, and the US Treasury Department's economic and financial emissary to China. He's had a busy few days, speaking
By John Gooding

Fighting ISIS on social media: Why swing back when we can swing first?

Last week Prime Minister Malcolm Turnbull delivered a wide-ranging address at CSIS in Washington, DC. In addition to cybersecurity and the US-China relationship, Turnbull discussed the threat of ISIS's affinity for social media: As ISIL uses social media for its propaganda, we must respond rapidly
By John Gooding

One year on: How The Interpreter covered the Charlie Hebdo attacks

Today marks the first anniversary of the Charlie Hebdo terrorist attacks, which resulted in the deaths of 12 people. The magazine itself chose to commemorate the occasion with an anniversary edition depicting God as a blood-spattered terrorist with the caption 'One year on: the assassin is still out
By John Gooding

Last week Simon Romero from the New York Times wrote a fascinating piece on the geopolitics of Antarctica, and in particular on the burgeoning Chinese and Russian presence on the continent: More than a century has passed since explorers raced to plant their flags at the bottom of the
By John Gooding

Earlier today at the Lowy Institute, Opposition Leader Bill Shorten announced an emissions reduction target of 45% by 2030 on 2005 levels (in comparison, the Coalition's target is a 26-28% reduction by 2030).  After Shorten's address, I spoke with John Connor, CEO of The Climate Institute, about
By John Gooding

To effectively counter ISIS online, we need a narrative

Back in April, Fergus Hanson highlighted the glaring need for a global response to ISIS in the cyber domain, and welcomed the announcement of an $18 million initiative to counter extremist propaganda online from the Australian Government. Last month Defence Minister Kevin Andrews announced the
By John Gooding

In his wide-ranging address to the Lowy Institute Media Award dinner earlier this month, News Corp CEO Robert Thomson took umbrage with Google, Facebook and LinkedIn, which he termed 'distributionists'. These companies, Thomson argued, have ushered in an 'age of content distribution' which
By John Gooding

Last night Alex Oliver, Director of the Lowy Institute's Polling Program, appeared on the ABC's Q&A program, along with John Hewson, Michael Ware, Amanda Rishworth and John Stackhouse. See highlights from her appearance below, or watch the entire program here.   #ICYMI Our greatest asset is our
By John Gooding

On Tuesday the Lowy Institute launched the 11th annual Lowy Institute Poll, which explores Australian attitudes towards issues such as climate change, the death penalty, and regional security. The Poll was launched with an interactive, which allows you to explore results by category and examine
By John Gooding

Barack Obama's tweeting entranced the media earlier this week, but he isn't the only US official making Twitter-related headlines;  the social media service has recently played host to a number of high-profile disputes involving senators, ambassadors and spokespeople. US
By John Gooding

Danielle Cave has argued that Australia could benefit from a less cautious approach to digital diplomacy. For example, the increasing informality of Foreign Minister Julie Bishop's Twitter presence has led to new audiences. Would Buzzfeed have bothered to interview Bishop if she hadn't agreed to
By John Gooding

This week’s Quick Comment podcast is with the new head of ANU’s National Security College and Lowy Institute Nonresident Fellow, Professor Rory Medcalf, who last night delivered a speech in which he argued that Australia needs to rethink how it approaches and considers national security and
By John Gooding

view
Get email updates from the lowy institute