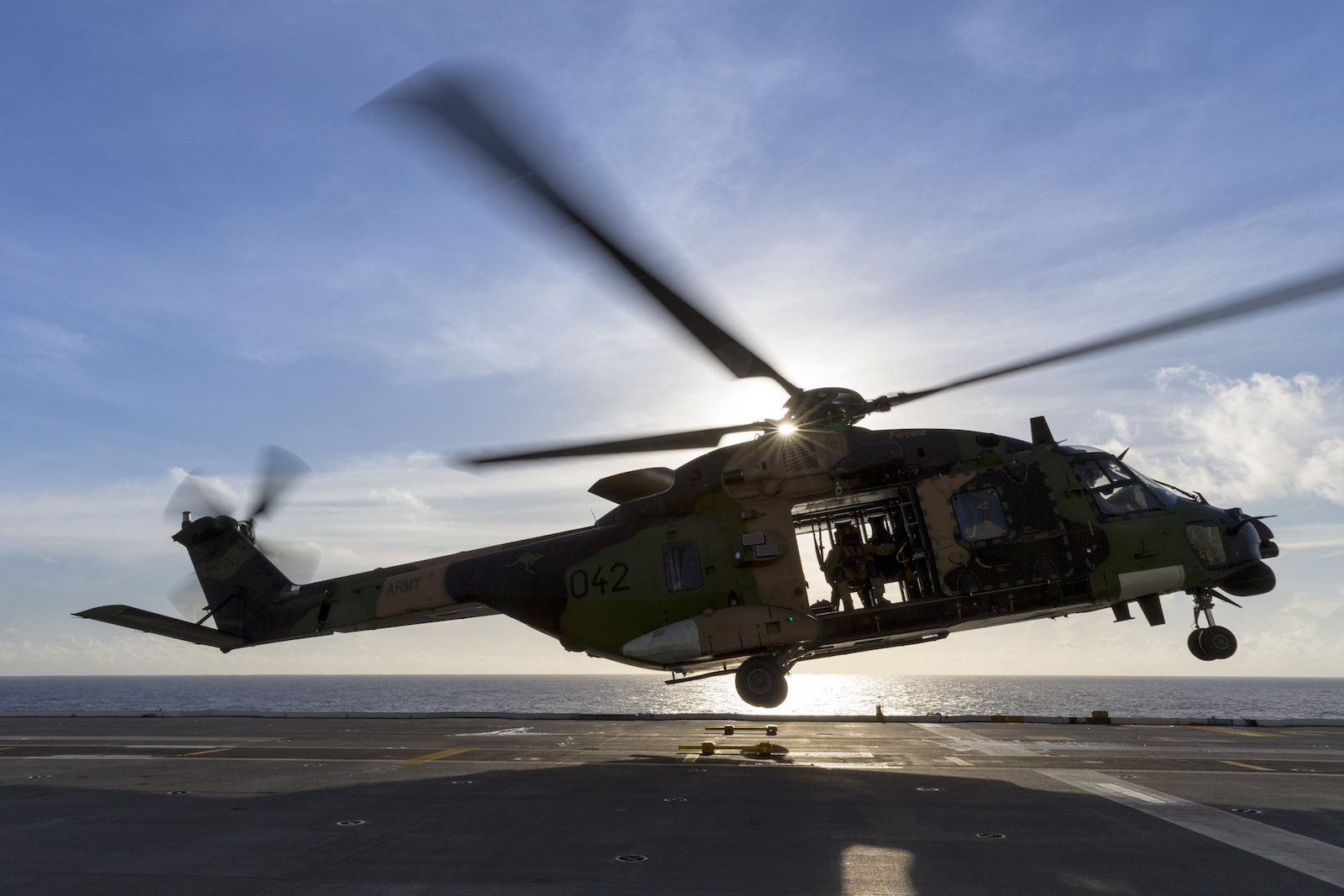 Australia and Sri Lanka’s recent experience working together to prevent people smuggling from Sri Lanka has been one of the more significant, and largely unreported, wins in regional security cooperation. After almost a decade of close collaboration, largely focusing on naval operations, now is an opportune time to extend that cooperation into the realm of air power.

The two countries’ efforts addressed an important domestic issue for Australia, while enhancing bilateral relations. For its part, Sri Lanka received close and consistent support from Australia in safeguarding its territorial waters and in multilateral forums such as the Commonwealth.

Realising the futility of trying alone to counter people smuggling and to stop boats entering its territorial waters, Australia undertook to address the problem at its root. Close cooperation with the Sri Lankan government under President Mahinda Rajapaksa helped Australia to halt the practice by encouraging those engaging in it to pursue legal methods of migration, while at the same time supporting the Sri Lanka Navy and Coast Guard to detect illegal vessels and better monitor the maritime domain.

These cooperative arrangements, involving representatives from the police, immigration and military, helped both countries recognise each others' potential as partners in addressing a common threat. That success could now be expanded to other sectors.

Many of Sri Lanka’s threats emanate from the surrounding seas. In April 2020, following the closure of ports of entry due to Covid-19, the Sri Lanka Air Force deployed Y-12 aircraft and Bell 212 helicopters to detect illegal entrants. This is just one of the main transnational maritime security challenges the country faces. Others include illegal and unregulated fishing, drug trafficking, arms smuggling, data gathering by maritime expeditions and the threat of accidents in its territorial waters that cause environmental damage.

Cooperation between middle and small powers would convey a positive and powerful message to the Indian Ocean region and beyond.

Sri Lanka is becoming more strategically important. China and the United States are increasingly interested in its geographical position, given the country’s proximity to international shipping lanes and to India. China is providing much needed development assistance, especially in the maritime sector, with projects implemented through the Belt and Road Initiative.

Australia identifies Sri Lanka, an Indian Ocean neighbour, as a key regional node in terms of maritime security. Its geographic position and good infrastructure make it an excellent hub for access to South Asia and much of the northern Indian Ocean. The growing relationship between Australia and India may be just the first step in an expanded South Asian engagement by Australia, resulting in greater presence and purpose in the Indian Ocean region through closer cooperation with Sri Lanka.

The geographic positions of Australia and Sri Lanka as entry points into their respective regions also provide opportunities for cooperation, including exploring the enhancement of air power by establishing key nodes of connectivity in neighbouring regions. Sri Lanka is already the most important shipping hub in the northern Indian Ocean, and by virtue of its geography could easily become a pivotal air hub.

As an initial step, a meeting by the two Air Force Commanders to identify objectives for joint action could lead to the establishment of a working group to determine activities for implementation. In the medium to long term, joint manoeuvres, training activities, increasing goodwill visits and exchange programs, and launching a biennial Air Force Commanders’ Dialogue, would lead to higher levels of cooperation.

Sri Lanka would gain expertise and seek much-needed high-altitude maritime surveillance of its extensive territorial waters. This could be coupled with Australian expertise in developing an advanced maritime domain awareness system. Such measures could help generate significant air power for Sri Lanka and contribute towards governance of its entire air space.

For Australia, increased air connectivity would open another window into South Asia and the Indian Ocean, and diversify its strategic relationships in the region. Australia could establish a deeper defence cooperative mechanism and open the way for further collaboration. The potential is enormous, from using Sri Lanka’s newly reopened southern international airport in Mattala as a refueling stop point to undertaking joint measures to respond to transnational threats, generating faster responses to humanitarian emergencies and disaster relief activities, simulating air operations and improving telecommunication awareness in aerospace, as well as guaranteeing supply and logistics.

Cooperation between middle and small powers would also convey a positive and powerful message to the Indian Ocean region and beyond.

Air connectivity played a pivotal role in bilateral relations during the Second World War. After Australia effectively lost overseas air connections in early 1942, it had to rely on the “Double Sunrise” flights between Perth and what was then Ceylon for air connections to the outside world.

In March 2021, the Royal Australian Air Force (RAAF) will reach a century, while the Sri Lanka Air Force (SLAF) notches seven decades since its establishment. These anniversaries are an opportunity to renew bilateral collaboration, and enhance multilateral engagement through innovative cross-regional measures.

Maritime and air connectivity have been mutually beneficial in the past. Prime Minister Scott Morrison was one of the first foreign leaders to congratulate Mahinda Rajapaksa on his recent return to government as Sri Lankan Prime Minister, with Rajapaksa calling the two countries “steadfast partners for many years on a number of issues”.  Now may be the moment to build a strategic partnership that aims yet higher.

This piece is part of a two-year project being undertaken by the ANU National Security College on the Indian Ocean, with the support of the Department of Defence

Show Comments
Previous Article
In Malaysia’s Covid “infodemic”, crime is all too easy
Next Article
Book Review: The deadly legacy of the Cold War in the modern world