Caliph emerges without his caliphate

From the clothes to the location, the ISIS leader’s video tells much about the group’s ambition. 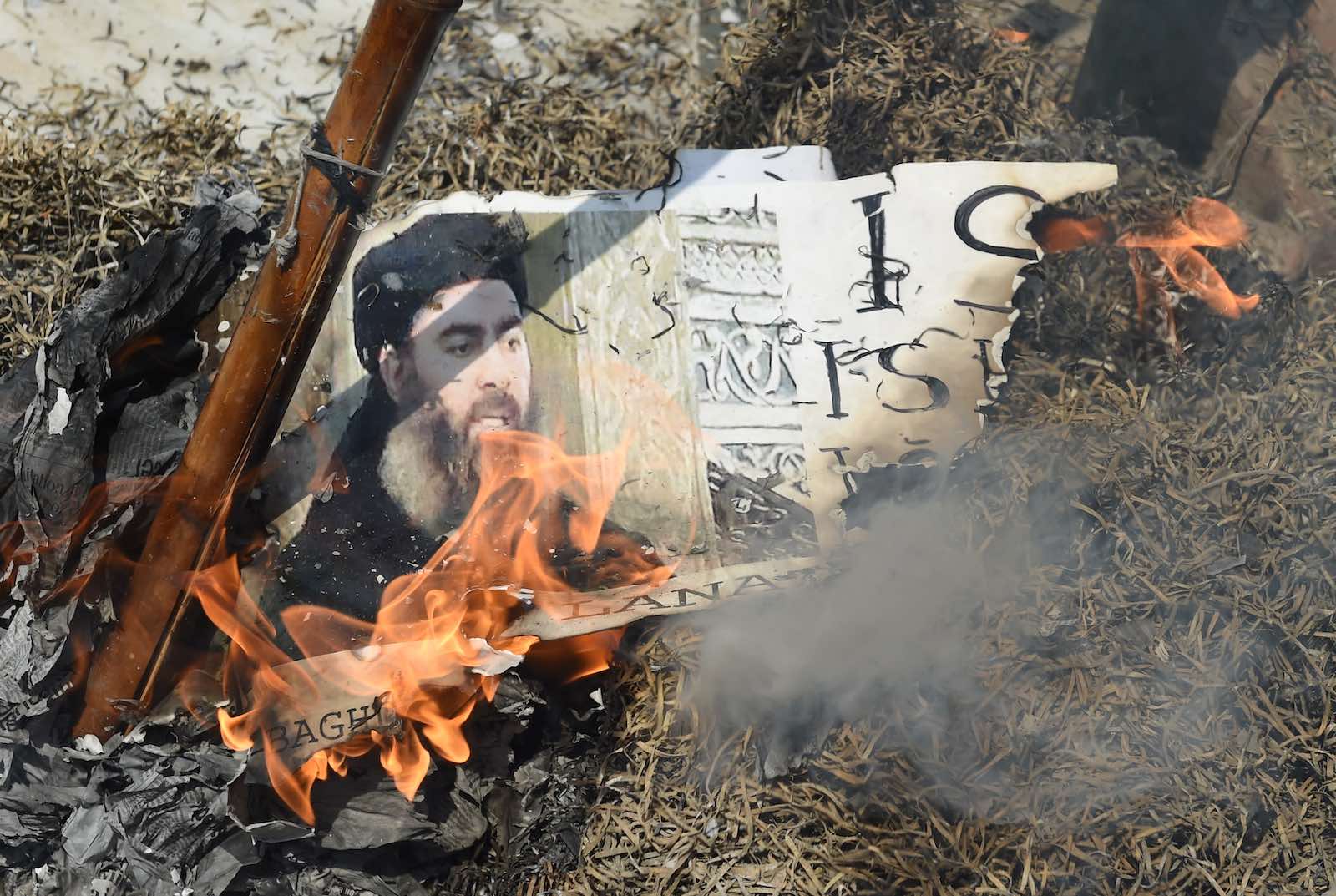 This week, Abu Bakr al Baghdadi, the world’s most wanted man, appeared in a 20-minute video released by al Furqan Media, the official media outlet for ISIS. This is only the second time he has been shown on video as he has stayed assiduously out of the public eye since he was selected as the ISIS leader.

Despite Russian assertions they had killed him in an airstrike in 2017, and multiple claims that he had at least suffered crippling injuries, the video also dispelled rumours that Baghdadi was dead or incapacitated. Like a cockroach, Baghdadi has survived the many attempts on his life, demonstrating in this video that he is not only alive, but robust enough to lead ISIS into its next phase. 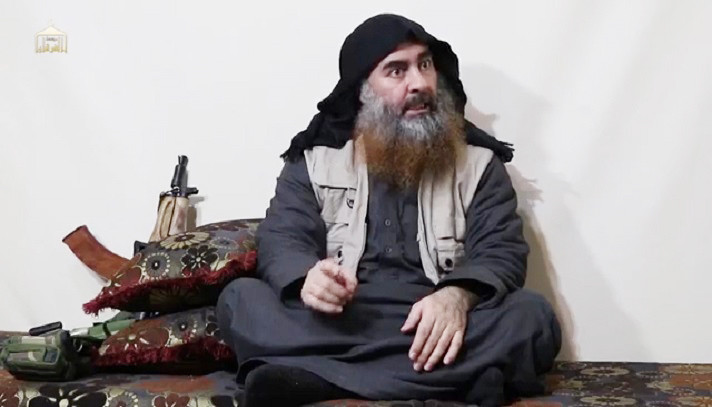 Baghdadi’s video appearance comes at a critical time for ISIS. After the fall of Baghouz last month, the group lost all territory under its governance. Many of its members are held in Iraqi, Syrian and Kurdish prisons. The ISIS brand has taken a hit after the caliphate project collapsed. Yet the group remains a potent threat, with an underground insurgent presence in Iraq and Syria, resources at its disposal (with some estimates placing hundreds of millions of dollars still in ISIS coffers) and sleeper cells and adherents around the world capable of carrying out devasting attacks, such as recently witnessed in Sri Lanka.

The group remains a potent threat, with an underground insurgent presence in Iraq and Syria, resources at its disposal, and sleeper cells and adherents around the world capable of carrying out devasting attacks.

ISIS has reached an inflection point where it could either gradually fall back to irrelevance, its supporters either disaffected or absorbed by other jihadist organisations, or it could reconstitute and regroup as it had always promised to do.

This latest appearance by Baghdadi offers a glimpse into what a reconstituted ISIS might look like. Rhetorically, sartorially and visually, Baghdadi has offered clues as to what the group will become after the loss of its caliphate.

The last time Baghdadi showed himself was five years ago, in July 2014. The contrast between the two videos could not be sharper. In 2014, Baghdadi stood triumphantly at the pulpit of the famed al Noori Mosque in Mosul, dressed as a ruler in the colour of the Abbasids, the last ruling non-Ottoman caliphate, and, addressing hundreds during the Friday khutbah, publicly announced his selection as caliph by the Shura Council.

The message was clear – ISIS was a new, modern day Islamic government based on a clear religious and historical legacy. Baghdadi and ISIS were ready to rule and put an end to the incompetence and humiliation suffered under the hands of the Middle East’s corrupt leaders. 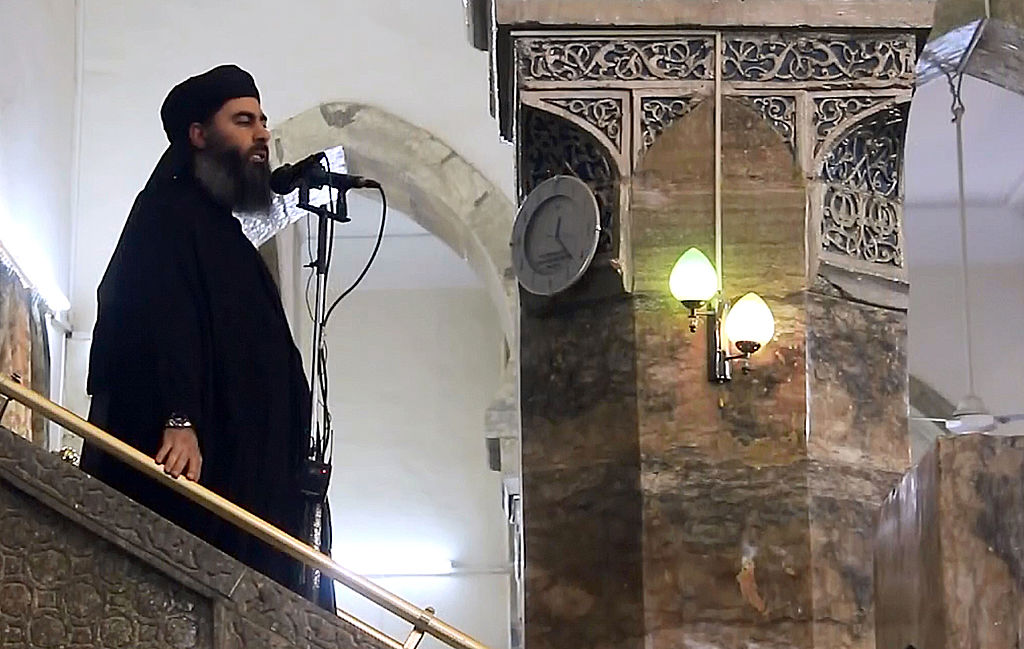 Nearly five years later, after the caliphate collapsed under its own brutality and excess, and after constant bombardment from the entirety of the international community allied against it, this latest video sends a very different message.

Baghdadi sits in a humbly appointed room that offers few clues as to its location, with three other lieutenants quietly listening as Baghdadi puts the ISIS defeats into perspective. Baghdadi states in the video, “Our battle today is a battle of attrition, and we will prolong it for the enemy, and they must know that the jihad will continue until Judgment Day.”  The message: ISIS may be down, but it is not out.

But the video also implicitly confirms that ISIS’ days of governance are over. There is no talk of reconstituting the caliphate, or to reconstitute the caliphate as a governance project through any of its affiliates, but only a promise that the organisation will carry on. His video appearance reveals that ISIS has definitively pivoted towards a more terrorist insurgent model. Instead of wearing the robes of a ruler, as author Graeme Wood has pointed out, “He is wearing a pocketed vest, the kind you rarely see a mullah wear, but that insurgents and fly fishermen wear all the time.”

The key question remains – is this enough? Does ISIS still retain the same level of threat and coherence without a caliphate? Is it merely enough for it to survive as a terrorist-insurgent group, albeit one with devasting and destabilising capabilities? Baghdadi may have used this video release to bolster his claim to leadership and to demonstrate that ISIS is a force to be reckoned with.

But the fact remains that he is a caliph without a caliphate. Baghdadi went into this game determined to become the one true leader of all of Islam and revive Islamic governance in the heart of the Muslim world. Now he is just another terrorist.