Cracks in walls and Trump’s border with Mexico

How does Donald Trump’s fixation with border fortifications sit in the context of historic and contemporary examples? 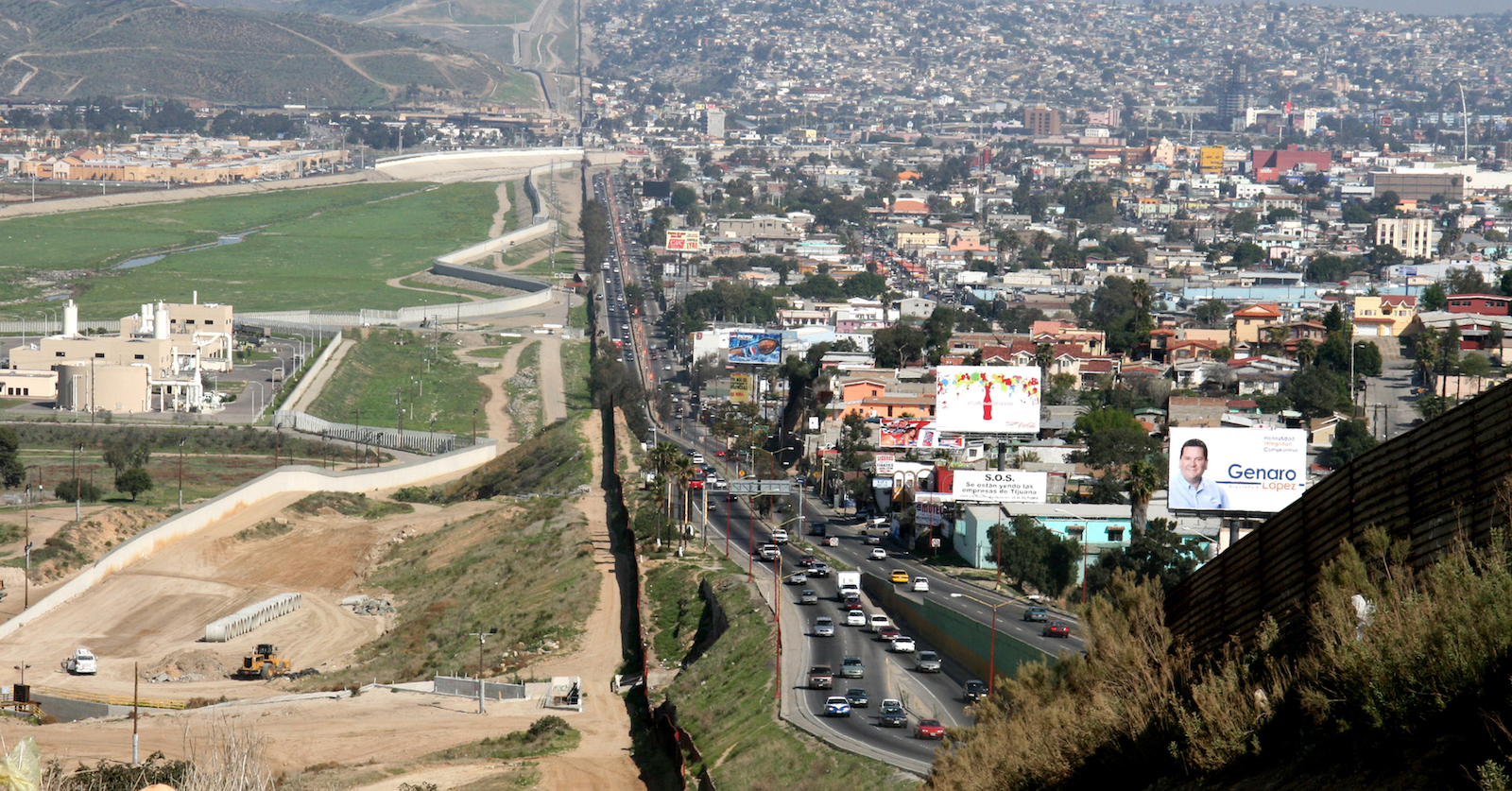 The political cracks are widening in Washington, as US President Donald Trump struggles to fulfill his 2016 presidential campaign pledge to build a wall at the US southern border and have Mexico pay for it.

Distancing himself from the original promise, with customary chicanery, Trump announced this week that “(a)t the request of Democrats, it will be a steel barrier rather than a concrete wall.”

To deter effectively as barriers to human movement, walls and fences must function as more than physical obstructions and spatial dividers.

Furthermore, the $5.7 billion which Trump is asking Congress to appropriate will be recouped “indirectly” from the “great new trade deal we have made with Mexico” In other words, as long suspected, the bill for the new border barrier will be footed by US tax-payers.

Notwithstanding the ongoing US federal government shutdown, the US Department of Homeland Security has enthusiastically endorsed the President’s proposal to build a 30-foot high “wall”. According to a December press release featured on the Department’s website, baldly titled “Walls Work”, the bottom line is that “(w)hen it comes to stopping drugs and illegal aliens from crossing our borders, border walls have proven to be extremely effective.” Oddly, for a government department, it adds that “Prior to President Trump taking office, we have never built a border wall that high.”

How does Trump’s fixation with border fortifications sit in the context of history, and contemporary examples in other countries?

During the election campaign, Trump referenced China’s Great Wall as his historical comparison, while claiming that “ours” would be “much higher”. Most of the Great Wall was built under the Ming Dynasty between 1368 and 1644. Despite draining Ming state coffers it never formed a contiguous barrier. In strategic terms, the wall was a flop, as nomadic warriors from the Mongolian steppe were able to penetrate it. Moreover, the Ming were ultimately unseated by the Qing from Manchuria, the first non-Han dynasty to rule China.

The Romans were also serial wall builders, fortifying their frontiers as well as their cities. Yet while Rome’s fortunes ebbed and flowed, the strategic limitation of walls is that they are static: imposing as a deterrent, but at risk of being outflanked or ultimately abandoned. Modern history’s most obvious example of this is France’s Maginot Line, built between the world wars at vast expense, but a dismal failure at keeping invaders out.

Notwithstanding the Israelites’ biblical feat in breeching Jericho’s mural defences, Israel is the standout contemporary exponent of border walls and fences. Israel’s fortress-like defences are controversial. They are also expensive: even the 240-kilometre barrier along Israel’s southern border with Egypt, started in 2010 and finished in 2013, cost US $400 million to install.

Yet they have helped Israel to successfully stem the incidence of both terrorist attacks and illegal migration, according to Esteban Flores’ comparative study of modern border walls. However, Flores cautions that Israel’s success needs to be seen in the context of wider policy measures designed to disincentivise illegal migration. Israel also enjoys geographical advantages in terms of its relatively small size and a desert border in Sinai that limits crossing opportunities. Its value as a model is limited.

Egypt has separately invested in a massive steel wall on its side of the border, extending 20 metres underground to deter tunneling. Tunnels are among the most common tactics against border walls, including along the 3000-kilometre US-Mexico boundary. Although technical surveillance improves the chances of detection, tunneling is likely to remain a vulnerability for all but the deepest of border defences.

Elsewhere, recent technical improvements to the border fences for Spain’s enclaves in North Africa, have dramatically cut illegal land crossings from the Moroccan side. Yet, as Flores notes, technical solutions of this kind may simply result in illegal migrants choosing riskier routes, such as sea crossings.

Walls and fences can pose an effective physical barrier stop infiltration by terrorists, smugglers, and illegal migrants. But they come at a significant financial and political cost and are unlikely to succeed unless they come as part of a coherent and properly resourced set of border security and migration policies. Such investments should be proportional to the threats faced.

As the oldest and most basic of manmade enclosures, walls also have psychological resonance. They are powerful symbols of incarceration and exclusion, but also protection for those within. Walls seem to feature prominently in dystopian fiction and fantasy.

This sounds whimsical. But to deter effectively as barriers to human movement, walls and fences must function as more than physical obstructions and spatial dividers. They also exist in the mind.

Their reinforcing value as symbols explains why walls erected across sectarian divides are particularly obstinate.

“Peace lines” hastily constructed at the start of Northern Ireland’s “Troubles”, in Belfast and other cities, were meant to be temporary. But they have actually grown both in height and in number since the Good Friday Agreement of 1998.

This sensitivity helps to explain why the prospect of a “hard border” with the Republic of Ireland has emerged as such a divisive issue in the Brexit negotiations. On the divided island of Cyprus, an urban wall screening the Turkish and Greek populations, in Nicosia, was removed in 2007. But the island’s wall-like partition elsewhere appears to be permanent.

This symbolism around walls also accounts for why Trump’s proposal has proved so divisive in the United States. Beyond the cross-border issues, to Trump’s critics, the proposed wall with Mexico encapsulates his protectionist and isolationist instincts. To them, the wall represents a rejection of American foreign policy leadership based on values of openness and freedom, and its replacement by the politics of exclusion and fear.

It’s worth remembering the (Churchillian) metaphor that encapsulated the Cold War division of Europe as an “iron curtain”. Its centerpiece was the Berlin Wall, built to keep East Germans captive in a Soviet cage. Ronald Reagan’s famous injunction to “tear down this wall”, one of the rhetorical high-points of US global foreign policy leadership, finds its antithesis in Trump’s promise to raise a “great wall” against America’s neighbour.

The steel barrier is unlikely to live up to Trump’s hype. But walls tend to be remembered more for what they represent.

Show Comments
Previous Article
International broadcasting: the ABC vs the wisdom of the crowd
Next Article
Religious freedom in China: better than before?