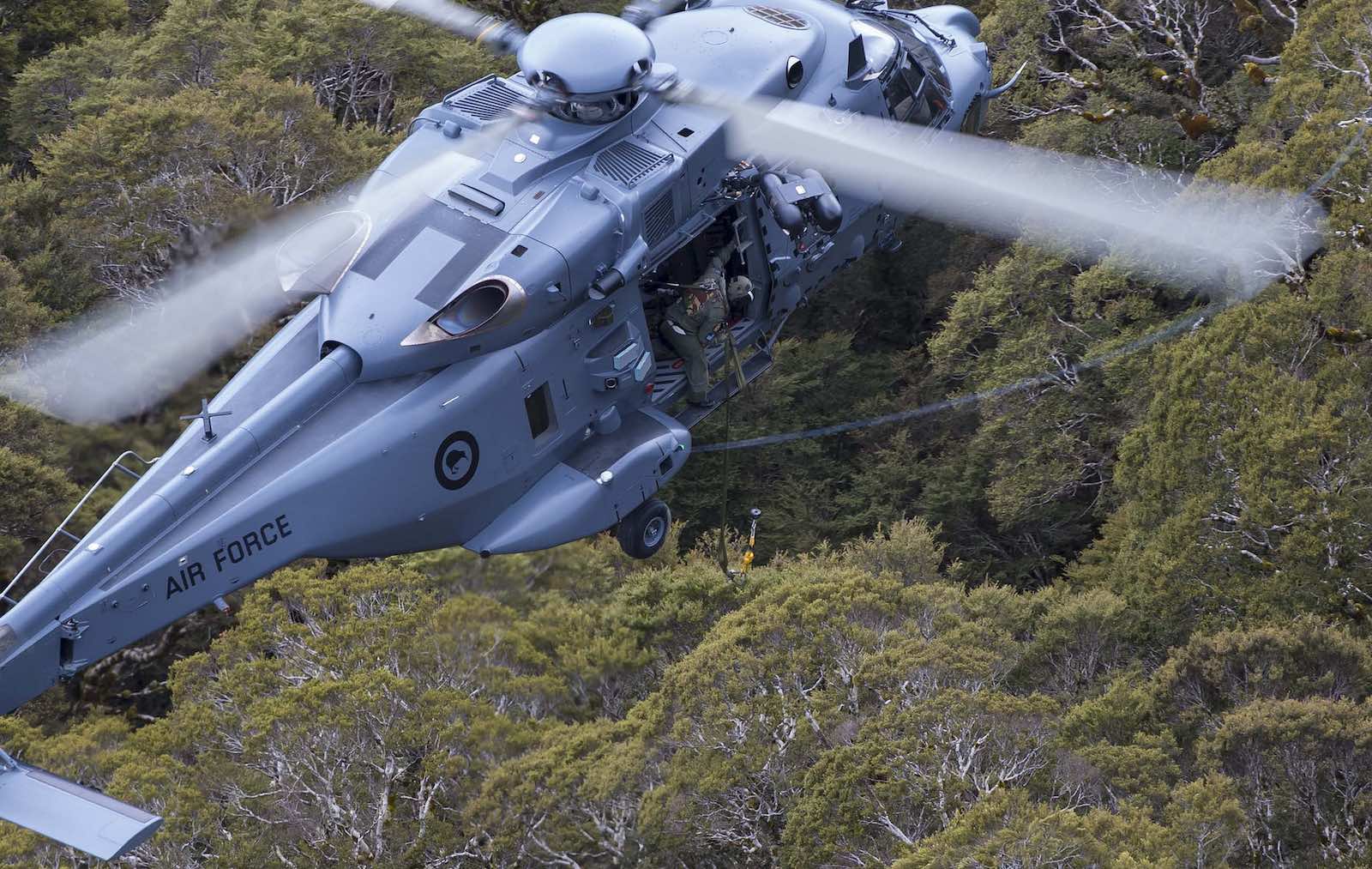 Anyone reading the media coverage of New Zealand’s defence policy statement might conclude its purpose was to lay out a stronger position on China. That would be a mistake. Its central purpose is to put defence policy into language that can be owned by the new coalition government to justify some major capability investment decisions.

… a bigger and bolder and much more expensive New Zealand Defence Force is about to be called for … this means staying on in Iraq with Australia is a done deal, right?

Signed off by New Zealand Prime Minister Jacinda Ardern and her cabinet colleagues in May, the statement can be seen as a necessary prelude to the very recent decision to purchase P8 maritime surveillance aircraft.

These approvals of policy and capability are no simple things because the coalition government is such an eclectic mix. In the middle sits Labour, which has often been more willing than the National Party to make expensive force structure decisions. But while Ardern’s Labour team is easily the largest in the coalition, the Foreign Affairs and Defence portfolios were both ceded to New Zealand First, whose campaign platform on defence was especially robust.

Defence Minister Ron Mark has not shied away from fulsome rhetoric on the need for a combat-capable defence force. In an interview following the launch of the statement, Mark argued that New Zealand’s army, navy, and air force “require military platforms to carry out their warlike functions”. That’s language most unlikely to be heard from the Greens, who have four Cabinet portfolios and can usually be relied upon to question anything that might go bang.

You’d also be right in thinking that the Greens, and some in Labour, would be unlikely to favour frequent endorsements of New Zealand’s Five Eyes connections. These appear in the first half of the document, which is the closest thing to a New Zealand Foreign Policy White Paper that one will find.

In these early pages, New Zealand’s retelling of the last stand of the “rules based order” is rather bleak, including a very direct recounting of Beijing’s exploits in the South China Sea, which David Capie from the Victoria University of Wellington explores elsewhere. Hence, a logical reader might be forgiven for thinking that a bigger and bolder and much more expensive New Zealand Defence Force is about to be called for. And if the Middle East is indeed a “critical theatre of operations”, where “New Zealand maintains a strong strategic interest”, this means staying on in Iraq with Australia is a done deal, right?

But the logical reader needs to look at this defence statement from the back end first. Here, we get plenty of caveats among the language that are going to work for the left-leaning parts of the coalition and its supporters. The most important qualification is the judgement that the:

government will maintain a high level of discretion as to the size and nature of New Zealand’s contributions to … operations outside New Zealand’s immediate neighbourhood.

This doesn’t just mean discretion for missions in Iraq, Afghanistan, and counter-piracy missions off Africa. It also applies in the Asia-Pacific region, which remains New Zealand’s way of referring to the part of the world that Australia, Japan, and the US now often calls the Indo-Pacific.

While the new defence statement acknowledges that this wider region “is facing a range of acute challenges”, it offers the rather undemanding recipe of “supporting regional peace and security by developing relationships with countries and on contributing to the strength of regional security arrangements and architecture”. Not too many prospective belligerents will be kept up at night by the news that:

In the event of conflict, the Government would consider a Defence contribution as part of a broader international response.

Instead, the priority for the NZDF is “the ability to operate and undertake tasks in New Zealand’s territory (including its EEZ) and its neighbourhood, from the South Pole to the Equator”. And this includes such missions as:

This ticks many of the necessary political boxes: the South Pacific focus long beloved by Labour; climate change, which also appeals strongly to the Greens; and the community focus that is a big deal for New Zealand First. It represents a good shot at cross-partisan agreement since the Pacific–New Zealand–Southern Ocean triumvirate was also there in National’s sales pitch for the 2016 Defence White Paper.

But it is not easy to see how that local focus puts an absolute premium on combat capabilities in the way seen in Australia’s view of its own maritime periphery. And while the New Zealand government expects to be busier in its own neighbourhood, it has concluded that:

[t]his increasing number of activities will not necessarily require a significant change in the nature of Defence Force capabilities.

Of course, this does not mean that everything is on hold. Getting the P8s approved is no small accomplishment. This decision confirms that the Ardern government wants the NZDF to have some combat-ready maritime capabilities able to operate beyond New Zealand’s neighbourhood with its ally Australia, and other close partners.

Mark has also signalled that alongside the P8s, the coalition government will also “consider smaller manned aircraft, remotely piloted aircraft systems … or satellites, for additional maritime surveillance tasks within New Zealand’s Exclusive Economic Zone and near region”. As there are other decisions waiting in the wings, including on the ageing Hercules, this can only promise more pressure for the defence side of the Ardern government’s budget, and leave some large bills waiting for whichever government comes next.

After all, the upfront capital costs for the P8s will be spread out until 2026. Between now and then there are nearly three more general elections.