Economic diplomacy: After AUKUS in trade, aid and technology

Commercial links may be China’s response to the submarine deal. 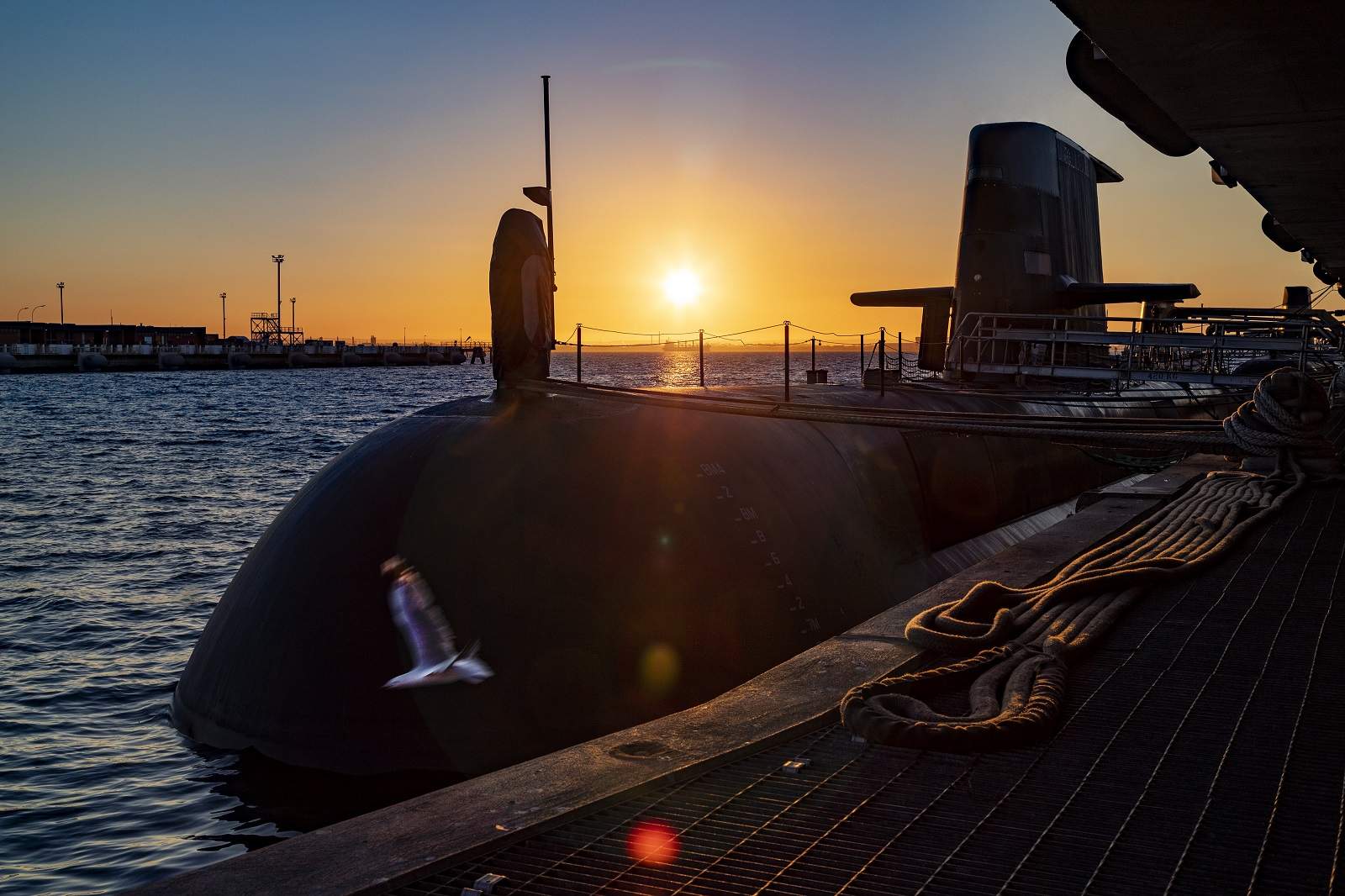 China is now the top export and import partner for 12 of the other 20 members of the Asia-Pacific Economic Cooperation (APEC) group and a top one-way partner for five others. The US score on this measuring stick is two and one.

This is one very basic way of seeing how China’s bid to join the Comprehensive and Progressive Agreement for Trans-Pacific Partnership (CPTPP) may resonate more around the region than Trade Minister Dan Tehan’s somewhat dismissive response seems to assume.

APEC is not a perfect proxy for how the CPTPP could add members. But it is a natural recruiting ground for scaling up the old Trans-Pacific Partnership (TPP) towards a free trade area of the Asia-Pacific. And it demonstrates how China’s status as the region’s – and possibly soon the world’s – biggest economy gives it a standing that gets overshadowed in the creation of the AUKUS partnership to deal with its security assertiveness.

So, while New Zealand, the CPTPP’s depository, says China’s application for membership last Thursday was unrelated to AUKUS, it seems more than coincidental given China has been expressing interest for some time.

Contrary to the recent signs of increasingly authoritarian economic management in China, quite a few trade experts think Beijing has been carefully studying the CPTPP to see how existing variations on issues such as state ownership for incumbent members could be used to its advantage.

The bureaucracy in China has already spent significant time looking carefully at the agreement and preparing gap analyses and brainstorming how to respond to likely requests and concerns […] Many will suggest that keeping China constrained by a set of rules that are consistent is better than trying to compete with China operating outside of the same rulebook.

Henry Gao and Weihuan Zhou argue: “A careful review of the CPTPP's substantive rules shows that the gap between it and China's existing international obligations might be much narrower than many people think.”

This is all a long way from letting China join very quickly, especially amid the mixed views about its participation in the World Trade Organisation. And as Ian Hill has noted, there is a mismatch between China’s security posture and its economic cooperation in the region.

But if China persists, the United States continues to reject the old TPP it once championed, and countries like New Zealand, Singapore and Malaysia are prepared to discuss the issue, Australia is going to face some difficult choices.

Perhaps the trade group needs some more conventional new applicants such as South Korea or Thailand to muddy the waters and slow down this looming split over new economic engagement with China.

It is now two years since then International Development Minister Alex Hawke put businesses on notice that the government would be expecting them to do national service for the then one-year-old Pacific Step-up.

We’ve got funds to buy down risk and we want to see Australian and New Zealand businesses really stepping up themselves to take advantage of the enabling infrastructure and the financing that [governments] are putting on the table. We think business has an obligation to this region as well.

Six projects have so far been approved under the $2 billion Australian Infrastructure Financing Facility for the Pacific (AIFFP) with about $60 million of its funds allocated, plus a $96 million loan guarantee to the ANZ Bank.

It is prudent to approach this new project cautiously given Australia appears to be assembling a development finance institution on the run, most recently by giving Export Finance Australia (EFA) equity investment power.

For now, the national service obligation appears to fall on an apparently reluctant Telstra to buy Digicel Pacific, and is being imposed by Papua New Guinea's competition regulator which is preventing Westpac from exiting the region.

Last month, after quietly visiting PNG to talk about buying into Digicel at the Morrison government’s request, Telstra Chief Executive Andy Penn made it clear he would be keeping his contribution to the Pacific Step-up quite separate from his otherwise modernising telecommunications business.

“[Digicel] is not included in our financial ambitions or guidance. Were we to acquire it, we would effectively operate it and run it under our business relatively independently to the other parts,” he told The Australian Financial Review.

This seems to suggest that if this Australia Inc venture turns sour, the government’s debt to Telstra will be there for all to see.

These laws are among the hangovers from the unsuccessful 20-year application of military power in the Middle East by the United States and Australia.

Meanwhile, Westpac’s bid to wave from the exit lounge by selling its banking business in Fiji and PNG has been rejected by PNG's Independent Consumer and Competition Commission (ICCC). It said the sale of the PNG business to Kina Securities (which owns Kina Bank) would have reduced competition.

Westpac sold much of its Pacific business in 2015, followed by the ANZ’s sale of its PNG retail bank in 2019, in what was a high-profile part of the drift out of the Pacific by a range of longstanding Australian businesses.

The Commission seems to think that it has, in effect, forced Westpac to stay in PNG and helped make the financial system more competitive, declaring: “Although Westpac has decided to divest its PNG business, it appears that this will not happen immediately […] hence the ICCC considers that Westpac PNG will be a significant source of competition for at least several years.”

This seems highly unrealistic. But when Australia has been forced to go back to the future by providing $558 million in emergency budget support to PNG via EFA in the past two years, the Commission’s apparent cry for competition help provides some food for thought about how Australia can best provide economic support to these countries.

Meanwhile, Westpac’s decision to exit the Pacific partly due to concerns about not being able to manage anti-terrorist money laundering laws is particularly ironic. These laws are among the hangovers from the unsuccessful 20-year application of military power in the Middle East by the United States and Australia. Now they are undermining Australia’s efforts to win hearts and minds in the Pacific, but this time using its putative economic power.

The Morrison government is disinclined to take much advice from universities these days, but some recent evidence to the Senate’s manufacturing inquiry highlights the least discussed aspect of the AUKUS submarine deal.

The Group of Eight universities submission warns that the country’s $1.5 billion modern manufacturing strategy is in danger of being handicapped by a lack of engineers.

Referencing research funding shortfalls, migration cuts and disincentives for foreign students, it says: “Australia cannot afford to become an economic and research island, and nor can its research-intensive universities or industries be separate from the world. This is especially true of advanced manufacturing which requires a range of cross-disciplinary inputs.”

While the G8 has since been politically astute enough to say it can provide the talent to build nuclear submarines, the earlier warning underlines the question of where the human capital for a $100 billion-plus new complex construction project will come from if it is not available for a $1.5 billion multi-sector update program now.

Working out how to produce these complex boats when the China threat has been declared worse than ever is going to involve bedding down more “angles and dangles” – as submariners say – than a sudden deep dive.

Once the government gets at least one borrowed American or British boat into Australian waters, it will likely become more and more attractive to see offshore purchasing as the simplest way to deliver on a “forever partnership”.

A government that seems happy flagging the likelihood of an imminent war with China might also pay attention to the library of Productivity Commission and Australian National Audit Office reports on defence procurement.

Indeed, part of the reason for making the French boats in Australia with a premium of at least 15 per cent was the rejection of a nuclear option. That made it necessary for Australia to get a tailormade diesel submarine which would travel longer distances than off-the-shelf models.

Fortunately, Australia’s public and private education institutions are immersed in a massive shake-up of how to produce the necessary vocational skills for the 21st century, from PhDs to apprentices, which should be timely for the submarine project.

But a government that seems happy flagging the likelihood of an imminent war with China might also pay attention to the library of Productivity Commission and Australian National Audit Office reports on defence procurement.

For example, the Commission has argued: “There is not a clear policy framework setting out where and when [domestic defence equipment production] is worthwhile. Nor is there information published about local cost premiums involved with particular projects. This makes it difficult to have confidence that these benefits outweigh the considerable added cost to taxpayers.”

With the security outlook deteriorating, there is clearly a need for a significant defence maintenance and parts manufacturing industry scale-up, but some hard thinking will likely be needed on getting the boats here.

Show Comments
Previous Article
Can the China model be accommodated in the CPTPP?
Next Article
AUKUS: France’s strategic outcry