Japan’s sanctions on Korean electronics shows souring ties between notional partners in a dangerous part of the world. 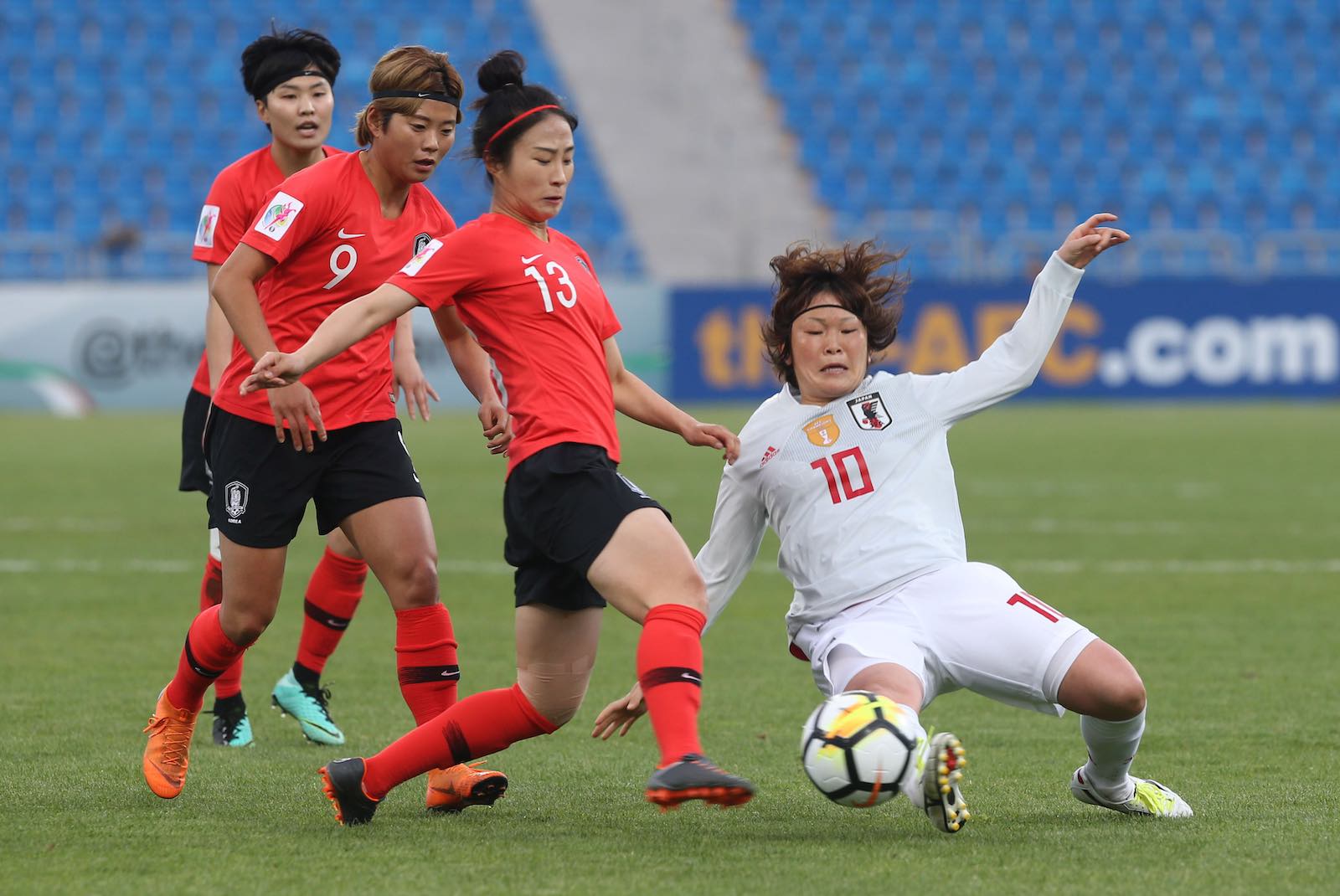 It is hard to find a more remarkable recent example of decades old unresolved nationalist tensions suddenly jumping the fence to the new world than Japan’s decision this week to impose trade sanctions on one of South Korea’s key industries.

The spectre of Asia’s second and fourth largest economies firing economic sanctions at each other over colonial era grievances is quite unnerving.

The deteriorating relationship between what are notionally Western alliance partners in a dangerous part of the world has long been a regional conundrum that gets little attention in Australia.

But now Japan has imposed a modern economic penalty over an old historical grievance with ramifications for the region’s electronics industry, it is worth taking more notice.

As the Financial Times quoted an electronics industry representative saying:

People didn’t expect this to happen because it is detrimental to Japan and Korea and the global supply chain as a whole.

Japan has imposed restrictions on exports of raw materials used in semi-conductor chip-making kneecapping a classic example of comparative advantage in which Korean companies have excelled in chip-making but still depend on vital inputs from Japanese upstream manufacturers. Korea is now warning of retaliation.

It is the latest consequence of a Korean court decision to start applying damages against Japanese companies over forced labour when Korea was a Japanese colony more than half a century ago.

The spectre of Asia’s second and fourth largest economies firing economic sanctions at each other over colonial era grievances is quite unnerving amid all the ritual calls these days for more cooperation amongst the region’s middle powers to deal with the US-China tensions.

The reality is the US, under Donald Trump, has largely vacated the key role it played keeping this tension under control for many years despite calls like this Carnegie Endowment for International Peace analysis for a return to the old task.

But last week in his flagship speech about “Where we live,” Prime Minister Scott Morrison said Australia was “working more closely than ever before with close partners.”

Given Morrison once again talked up the success of the government’s dual trade agreements with Japan and South Korea – our second and fourth largest trading partners – this new trade dispute seems like just the task for a Prime Minister who doesn’t want to be a “passive bystander.”

And the trade Logie goes to …

If there was a prize for every time some media outlets turn a normal meeting of officials from the otherwise ignored Regional Comprehensive Economic Partnership (RCEP) trade talks into a secret or ground-breaking event, the Logies would be out of business. (apologies Tom Gleeson*)

It’s not that long ago that this particular trade negotiation was so little known that the more mellifluous acronym ARCEP was occasionally spotted in news reports.

The 26th round of talks under way in Melbourne this week were announced by the Department of Foreign Affairs and Trade way back after the 25th round in March.

But the fact these regular gatherings are not more acknowledged only serves to feed the paranoia about trade liberalisation that is increasingly happening these days as can be seen from this radio program discussion. As noted here and here this cone of silence is just what the Productivity Commission has recently warned about and is at odds with the tone of the Liberal Party’s scarcely noticed election trade policy.

Nevertheless, the cloud being cast over the regional growth outlook by both success (a cosy bilateral deal) or failure (a new cold war) of the US-China talks, does seem to be giving Asia’s “Option B” some momentum.

The Association of Southeast Asian Nations (ASEAN) has commissioned a special team to try to resolve roadblocks with India.

Scott Morrison has called on member countries to send trade ministers to a meeting in Beijing this month with a clear mandate to deal. And India and China have held talks to also try resolve their bilateral roadblocks to an agreement with India worried about a flood of cheap Chinese imports.

But with pressure to reach some form of deal by November growing, Australia is facing a rerun of an old diplomatic playbook as countries including Malaysia and China have reportedly suggested starting with a smaller group that would exclude both Australia and India.

But given that RCEP has been partly built on Australia’s own trade agreement with ASEAN countries, it has an even better case for membership of RCEP this time.

*An Australian comedian who just won the top award in television despite constantly lampooning the award.

While the revival of the US-China trade talks at the Group of 20 nations summit tended to overwhelm the broader efforts to defend the multilateral trade system built on the World Trade Organisation (WTO), the institution does appear to have received a bit of life support.

For years the US has been blocking the appointment of new judges to the WTO’s dispute settlement body on the basis the current judges have exceeded their mandate and this has brought the appeals system to the brink of collapse.

But the G20 communique declared “that action is necessary regarding the functioning of the dispute settlement system consistent with the rules as negotiated by the WTO Members.”

This seems to have provided a sliver of hope that the appeals system could be unblocked with WTO director general Roberto Azevêdo saying “the leaders also addressed the critical situation in the WTO dispute settlement system by agreeing that action is necessary regarding the functioning of the system.”