The Interpreter's best of 2016: Brexit

Amid 2016's general political upheaval was Britain's decision in June to leave the European Union. 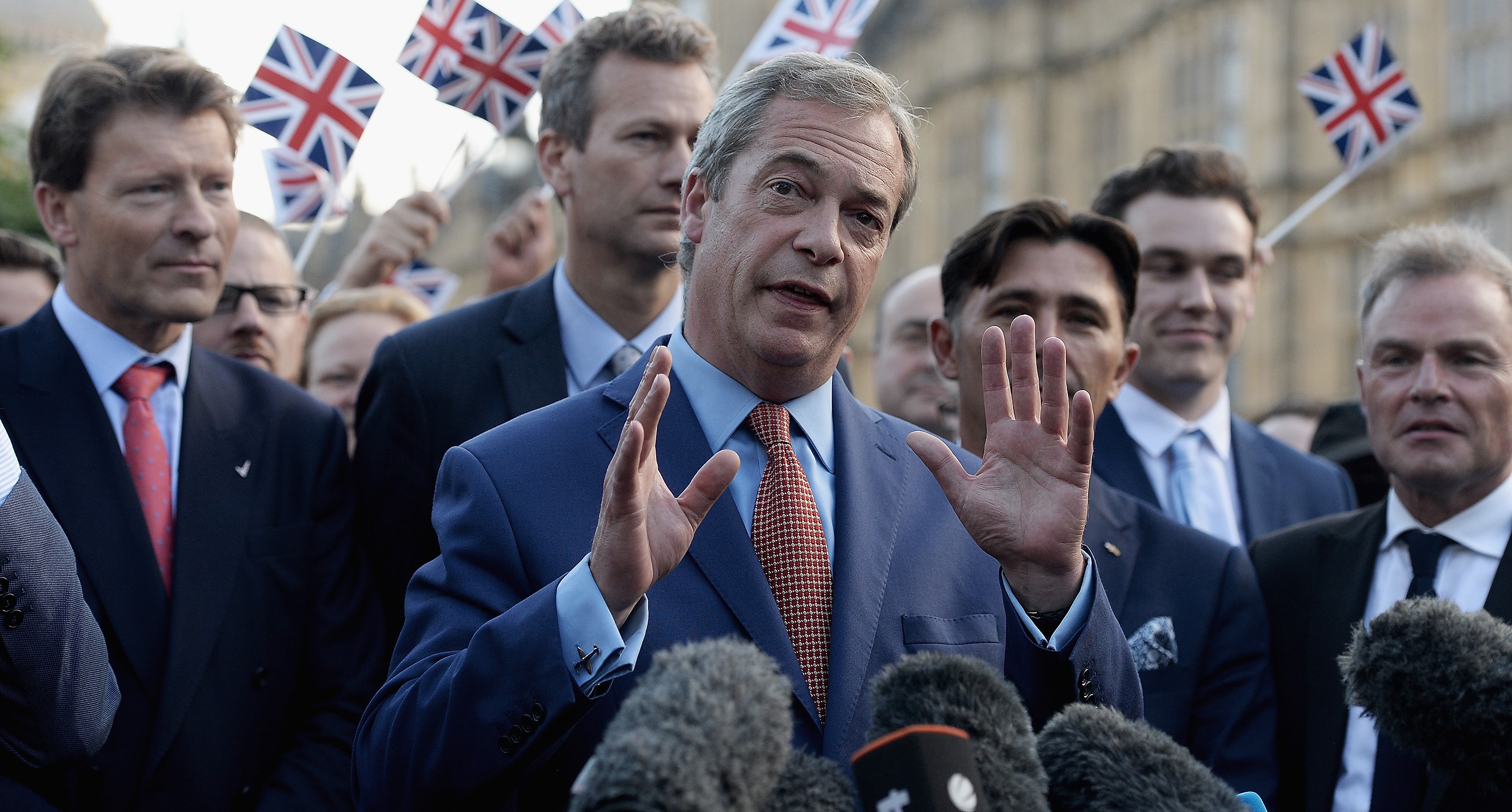 Britain's decision in June to leave the European Union was a major factor in creating a sense of political upheaval in 2016. Despite broad bipartisan support for remaining, 52% of voters in a national referendum elected to leave, a shocking result as opinion polls had indicated a slight lead for the remain side in the run-up to the vote (despite pollsters also miscalling the previous year's general election).

Back in May, Lowy Institute experts interviewed Chatham House's Robin Niblett and the Financial Times' Martin Wolf, both of whom were for remaining. Daniel Woker lambasted the Leave campaign's focus on immigration:

Lacking any intellectually sound argument, the Leave crowd centres its appeal on the hot-button issue of migration. Boris Johnson, Nigel Farage and company dangle the illusion of a 'pure' British labour market in front of their followers just as Trump promises a Mexican-built wall to those who are afraid of globalisation.

The Lowy Institute's Sam Roggeveen asked where all the Leave pundits were hiding:

Daniel Woker writes on these pages that the Brexit campaign 'lack(s) any intellectually sound argument'. Judging by how difficult it has been for my colleagues and I at The Interpreter to find writers who favour the Leave campaign, it is tempting to agree. And The Interpreter is not alone: we have consulted editors around the world, and they are having the same problem finding writers to make a cogent case for the Leave campaign.

In answer to Sam's call, Matthew Dal Santo pointed to the uncertainty and incoherence of a unified European political identity:

Pierre Manent asks: 'Does "Europe" mean the depoliticization, through denationalization, of the life of the European people, that is, the systematic reduction of their collective existence to the activities of civil society and the mechanisms of civilization – to just economics and culture? Or does "Europe" mean the construction of a new body politic, of a large, enormous nation?' Leave's answers to these questions are as clear as they were in 1975. The tragedy of the referendum debate is rather that Remain has so far failed to dignify them with an answer, falling back instead on dire warnings of World War III and the looming spectre of an economic Dark Age. Is it too late now to ask for an intellectual case for Remain?

Richard Johnson argued that British Labour's Europhilia might be their downfall:

The Labour Party's strident, single-minded position suggests that most Labour politicians either do not realise or do not care about the political implications of the referendum campaign. It seems that some in the party are satisfied with Labour committing suicide to save the EU. Yet, as long as Britain remains in the EU, the Labour Party cannot protect the very people it was formed to represent.

Following the vote, John Edwards characterised the decision as England's silliest since Suez:

Brexit is a tragedy. But considered in the context of the campaign, of the vacancy in the political leadership of both major British political parties, of the cross purposes and confusion of the victorious leaders of the campaign to remove Britain from the European Community, Brexit is also a farce. It is a supremely serious event, hard to take seriously. It lacks the dignity of tragedy. Here we are less than a week out from this shock and already almost all the entire front bench of the Labour Party has, because of the decision, rejected a leader who nonetheless refuses to leave, the Conservative Party has lost its leader and is likely to be forced to accept one hostile to the pro-Europe views of most of his party colleagues in the Commons.

'One has to face up to the fact that the other members of the EU have been slagged off fairly royally, and they're the people who you would be negotiating with.' That was the assessment two weeks ago of Lord Jonathan Hill, who on Saturday resigned as Britain's European Commissioner. First among those other members is undoubtedly Germany, which on Saturday hosted a meeting of the EU's 'founding six' as an initial attempt at cobbling together a response to Brexit. Angela Merkel's reaction to the result on Friday also captured the sense that leadership through this latest European crisis has again defaulted to her country.

Having expended much political capital to position Britain as ‘China’s best partner in the West’, the Cameron government now faces being unable to deliver, whether in the eyes of domestic critics, a Washington put off by ‘constant accommodation of China’, or a Beijing that increasingly holds the power advantage in the relationship. While China’s official Brexit response has been cautious, state media has been given license to gloat over the woes of a UK that two months ago was still giving lectures on how to run Hong Kong.

After so catastrophic a failure of judgment he had no choice but to resign. And, as befits a man who has always given the impression of being in it for himself, there was nothing to persuade him to stay in politics, hence his decision to quit last week. It isn’t the first undertaking he has broken: he is that sort of man. And since he left high office, his Conservative successor has sacked most of the cronies he put into ministerial jobs, and is setting about reversing substantial aspects of his policies to make the Conservative party more conservative. Apart from the fact we shall soon be out of the EU, it is almost, already, as if Mr Cameron never happened.