The author is based in Tehran

'What do you hope will happen in Iran, now the sanctions are gone?' Apparently contemplating the question, my taxi driver hits the accelerator hard and weaves abruptly between two cars before answering.

As the 66-year-old Tehrani relaxes into a thoughtful lamentation on the days of the Shah ('When Iran had good relations with all foreign countries; even Israel'), I fix my eyes out the front window, trying to will his attention back to the road. I am still not accustomed to the nihilistic attitude Iranians adopt when driving. The blunt pessimism that runs through his comments, on the other hand, is very familiar.

I have asked dozens of people the same question I put to my taxi driver and no-one has answered enthusiastically. When the nuclear deal (formally termed the Joint Comprehensive Plan of Action) was signed on 14 July 2015, images of Iranians celebrating in the streets were televised internationally. To be clear, the turnout was a very small proportion of Tehran's nine million people, but the honking of horns and waving of pictures featuring the smiling face of  Iranian foreign minister, Mohammad Javad Zarif, from from car windows suggested an important occasion. Contrast this with Implementation Day, that fell 10 days ago, on 16 January. The International Atomic Energy Agency announced that Iran had complied with its obligations under the nuclear deal and sanctions would be lifted but few in Tehran seemed to even be talking about it, let alone celebrating.

There are several reasons for the subdued response.  Whereas the nuclear deal was widely publicised and highly uncertain up until its announcement, Iran has been  winding back its nuclear program with little fanfare. So little, in fact, that the media was behind the ball. There were news reports speculating it was still days away when the announcement came. This low-key treatment was in line with the preference of the Iranian government, which does not want to appear relieved by its diplomatic success. The government doesn't want it said that Iran needed this deal more than the US. Even worse would be accusations it was losing its revolutionary, anti-Western credentials. Four days after Implementation Day, Supreme Leader Ayatollah Khamenei warned President Rouhani that 'lifting the oppressive sanctions is not enough... there is still a dispute between Iran and America'.

In addition, there is a different meaning attributed to Implementation Day than  to the signing of the nuclear deal. Singling Iran out for special treatment from the various Middle Eastern states with poor-to-terrible human rights records and sectarian instability has profoundly affected the Iranian psyche. Those who absorb BBC Persian and other Western media typically express this in self-conscious apologies. Those who consume locally produced news tend to favour bitter defiance. One PhD student I spoke to was clearly exasperated at my question. 'Why should I celebrate the lifting of sanctions that were unfair in the first place?' the student demanded.

Iranians celebrated the striking of the nuclear deal because they felt it could bring an end to economic ostracism and relentless demonisation. With Implementation Day, on the other hand, comes the danger those expectations of economic improvement won't materialise. And, as a bureaucrat pointed out to me, those expectations also have to be managed in light of current conditions.  Most obviously, Iran could not be rejoining the oil market at a worse time. A worldwide glut has sent oil prices to a 13 year low. The Iranian government emphasises the importance of diversifying the economy, but oil will remain the backbone of that economy for decades to come.

In addition, uncertainty over Iran's ongoing compliance with the nuclear deal will cloud contractual negotiations for months, as will anticipation that US/Iranian relations could head south if hardliners in either country win upcoming elections. Furthermore, international banks with a presence in the US remain nervous about re-entering Iran given the large fines that may still be imposed under remaining US sanctions laws. And, while not likely, the threat of war between Iran and Saudi Arabia is forever in the background. To begin to overcome high unemployment, inflation and poor cash-flow, not to mention funding the wars it is fighting beyond its borders, Iran requires foreign investment as soon as possible. The stability foreign investment seeks, however, is likely to take years to achieve.

There is another reason for Iranians to be sceptical: corruption. As one of my friends summed up succinctly: 'more money will only find more pockets'. Another friend joked that 'maybe after transaction costs, they will find there is only $US30 billion of that $U100 billion (in assets frozen overseas)'. In 2014, Transparency International scored the perception of corruption in Iran's public sector at 27 out 100, with Iran ranking 136 out of 175 countries. This perception reflects reality; from university lecturers to judges, bribery is endemic in Iranian bureaucracy.

On reflection, it is unfortunate but understandable that Iranians don't feel more positive about the lifting of the sanctions. For the Iranian economy, there is a long, uncertain and difficult path ahead. 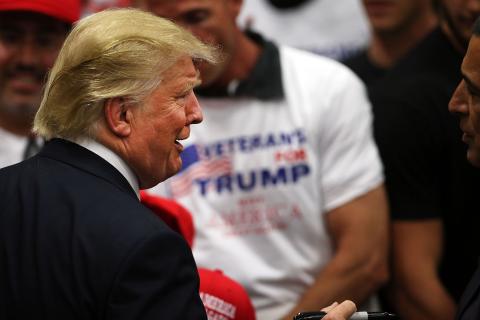 Trump and Curiel: This time it really is different