A marathon journey dodging traffic jams and distracted taxi drivers, all to get a feel for the Middle East. 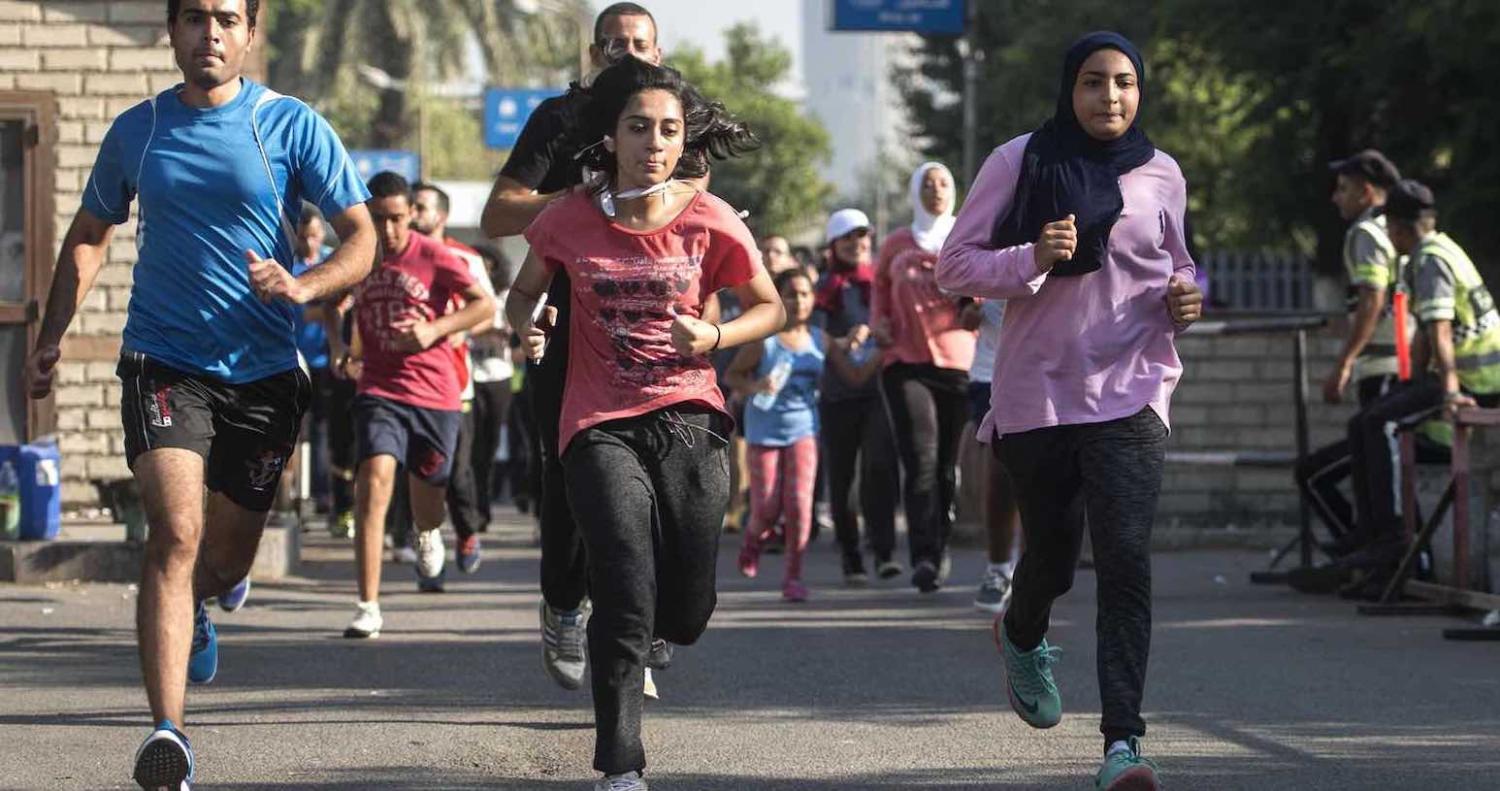 Running a marathon in a city of 19 million people that has been rated by the World Health Organisation as the world’s second most polluted city and whose legendary traffic congestion was the subject of a special study by the World Bank may not seem like everyone’s idea of a good plan. But as both a sports fanatic and student of the Middle East, I realised that if you’re serious about sport and the Middle East, you just can’t pass up the opportunity to do the Cairo marathon.

If you’re serious about sport and the Middle East, you just can’t pass up the opportunity to do the Cairo marathon.

This was the first time the organisers had permission to run through downtown, so there was a lot riding (or running) on its success. And in a chaotic, human-energy-and-good-humour-triumphs-over-challenges kind of way which is typical of much endeavour in this part of the world, it was a success.

I love the way locals look after guests on occasions such as these. I can’t say that the field was full of overseas runners; just the odd one or two. The lack of foreign participants was probably why the marathon office that handed out the race packs (containing directions and the all-important bib with timing chip) was closed 36 hours before the race. For those visitors from abroad who arrived 35 hours prior (like me), things looked grim until a random Egyptian girl alerted to my plight via the race website contacted me, picked up my race pack and delivered it to me at my hotel the night before the race. And then there was the taxi driver who, after dropping me off at five o’clock in the morning and realising I had left my running cap in his car, combed the streets until he found me 15 minutes later and handed it back.

The event started off with a very energetic pre-race warmup, and then it was on.

The race started at six o’clock but there was no getting away from the Cairo traffic, even though it was dramatically lighter than normal. The competitors variously ran with the traffic, sometimes against the traffic, and occasionally needed to cross the traffic. Only at the start, for a handful of kilometres, was there a barrier separating runners from cars. Elsewhere a few policemen and a range of young volunteers negotiated with the traffic to allow runners to pass. In Tahrir Square, volunteers formed a nearly impermeable human chain to stop traffic when a cluster of runners needed to cross.

Informal road rules defining the relationship between the runners and the traffic became pretty clear to me early on. Creaky old buses could not be diverted – they went where they wanted, and it was not worth arguing with them.

Taxis could be negotiated with when there were volunteers present. But when a taxi came off a side street where no volunteers could be seen – the driver invariably holding the steering wheel in one hand while clutching his mobile phone or a coffee in the other –the negotiation was trickier. First resort was the Arab hand signal for stop (thumb and forefingers pressed together with fingers upright, pointed towards the person). If that didn’t work, a firm hand banging on the bonnet and “the bird” was required to assert one’s right of way. That said, Cairo taxi drivers have a nose for business and on several occasions the old white taxis drove alongside me as I was running, asking if I wanted a lift. I’m glad to say that my conscience won the argument over my body.

Private cars were normally pretty compliant, except when we ran against traffic. Then it was every runner for themselves, particularly on the second lap of the course. I developed a keen eye for any pieces of unoccupied footpath.

No marathon can be considered fun, but with the benefit of hindsight there were some amusing Hollywood-esque moments in this one.

The official camera vehicle was a sedan with two blokes sitting in the boot. On one occasion the group I was running with became the focus of their attention. The driver pulled in front of us so we could inhale his fumes and his crew could take a few action shots. Unfortunately he dropped down to a speed that was slower than the pace we were running, so we all concertinaed into the back of the car like a scene from a Buster Keaton movie until the yelling from the Egyptians in my group alerted the driver that he had better speed up or be assaulted by eight skinny aggressive runners. The fumes from his quickly accelerating car endeared him to us even more.

Another part of the course took a sharp left turn off the road and into a pedestrian mall until we ran onto another road at the end of it. I felt like I was in a slow-motion repeat of the scene from the Blues Brothers, where John Belushi and Dan Ackroyd drive through the shopping mall as shoppers scatter to allow their car to plough ahead, only this time the car was replaced by tired runners.

In an era of micro-management, a bit of free play is no bad thing. The marathon had all the essentials that marathons need: plenty of water stations, dates and bananas to fuel up on, sufficient medical support and much good will. Unlike other marathons, it also had plenty of local colour and character. Some may think me crazy for travelling to Cairo to run the marathon, but if you’re interested in the Middle East and love sport, I reckon you’re crazy if you don’t.

Much more than only trade and investment, the Indonesian President has grander ambitions for the two neighbours.
Mike Callaghan 25 Jun 2019 11:00

Summits are too often harshly judged on what they deliver now rather than the agenda set for the future.
Daniel Woker 26 Sep 2017 12:04

Only the EU is in a position to pick up the banner of the Western world.