Polls no guide to populist contagion 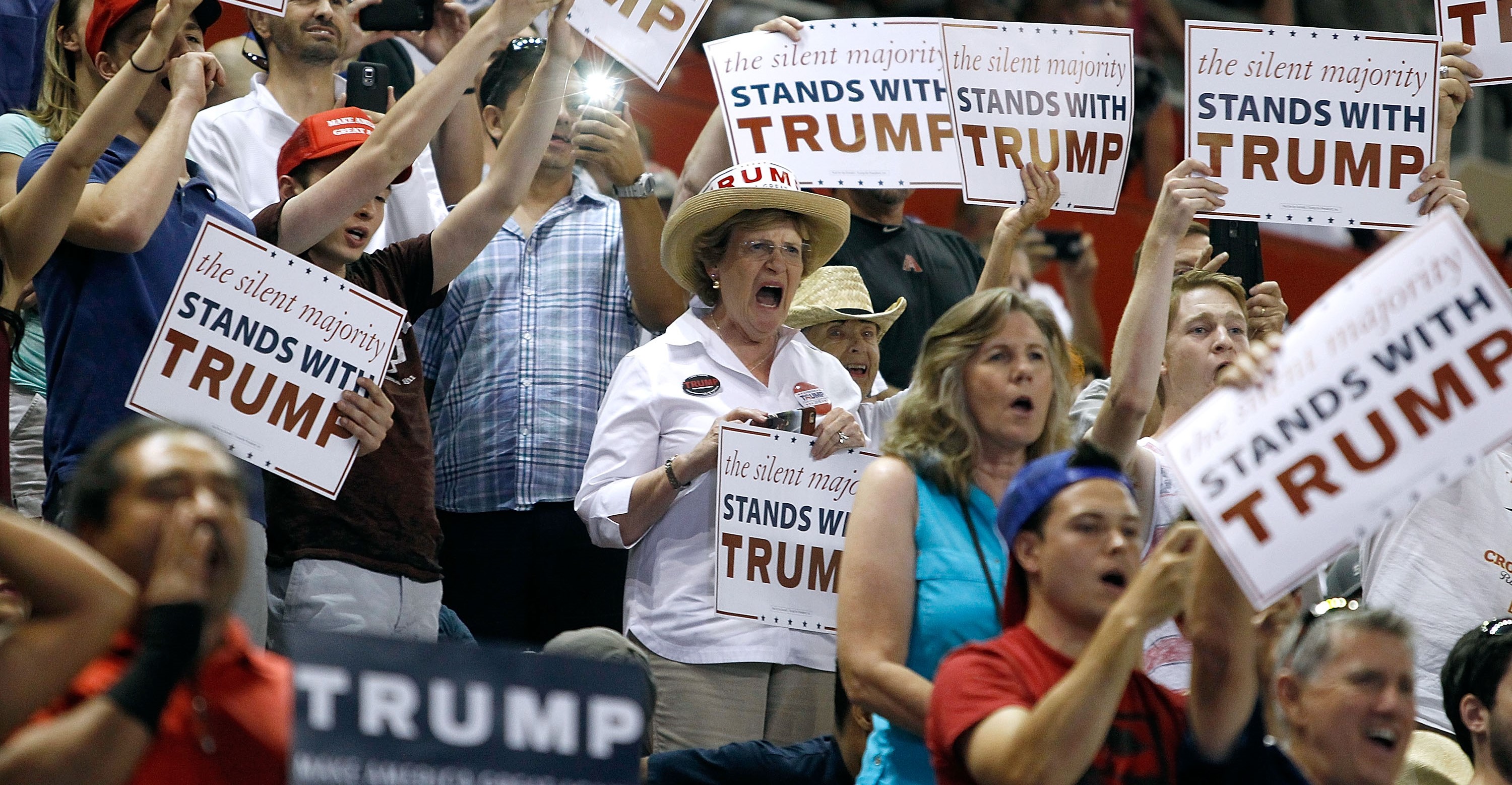 The Clinton camp is taking heart from new polls that place their candidate ahead in national polls. Trump had a terrible June, we've been told. But, after the shock of last week's Brexit vote, we have all learnt to be a lot more careful about reading the public mood.

On the National Review, Rupert Darwall noted that 'at one point Cameron's pollster tweeted that virtually every intelligent person thought leaving the EU a stupid idea'. This impression was fed by polls, Darwall explained.

After the horrible murder of the Labour MP Jo Cox, 'Stronger In' became 'Kinder In'. The implication was that people concerned about immigration or just not happy being governed from Brussels were narrow-minded, xenophobic, or worse. When you try to delegitimise somebody’s vote, you don’t change his mind, only his willingness to talk about it. The effect was to understate Leave in the polls. Of the nine final polls, seven showed Remain in the lead, with Remain’s pollster showing a ten-point lead.

The Atlantic cited Henry Olsen from the Ethics and Public Policy Center, who said:

I don’t think that the Brexit means Trump is going to win. That would really be getting ahead of ourselves. But I think it means that as a political matter, you have to take working class viewpoints seriously, and you have to be open to the possibility that traditional measures of polling are underestimating the political impact of those opinions.

And that means not discounting points of view because they don't fit with yours, something the unexpected triumph of Trump in the primaries suggests was quite widespread. As Olsen went on to say:

If there’s one thing that’s pretty clear it’s that the last people to take a working-class, populist, political movement seriously are people in newsrooms, trading rooms and political corridors. They will interpret things against that result coming to pass until the evidence comes up and pokes them in the eyes.

So, be careful of polls, and of commentators. But what about Brexit itself and its impact on the US vote?  PBS NewsHour compiled this list of big differences between the US and the UK and warned against drawing too many parallels. Top of the list was diversity:

The much greater racial and ethnic diversity in the United States is a reflection of its immigration history, along with the legacy of slavery that saw millions of blacks brought forcibly from Africa. Nonwhite minorities make up 38% of the US population, compared with just 14%  in the UK.

The percentage of whites eligible to vote in US elections has dropped from 78% in 2000 to an estimated 69% this fall. Minority voters historically lean overwhelmingly Democratic in presidential elections, a trend that strongly favors Trump’s White House rival, presumptive Democratic nominee Hillary Clinton.

Some conservative commentators have also warned against reading too much into Brexit. Writing on the BDN Maine blog network, Jim Fossel, who has worked on various Republican campaigns, reminded us the US and UK are very different countries and there is no way Americans would have ever ceded as much control as the UK did to a 'faceless international organisation' like the EU.

We have entered into various free trade pacts, including NAFTA, but thankfully none are permanent organisations as powerful as the EU. The United States has, quite consistently, resisted joining international organisations that might undermine its sovereignty — such as the International Criminal Court.

Trump, of course, quickly moved to capitalise on the Brexit vote. He got it badly wrong on Scotland, which voted firmly for Remain.

Just arrived in Scotland. Place is going wild over the vote. They took their country back, just like we will take America back. No games!

Still, many agreed it was shot in the arm for his campaign. Jonathan Easley summed up these arguments on The Hill:

Many of the issues Trump has tapped into in the US  — border security, the assimilation of immigrants, economic discontent and a roiling anger at the political establishment and status quo — animated the debate over whether Britain should remain in the EU.

But without the bureaucrats in Belgium to rage about, does Trump promise enough to appeal to sufficient numbers of those unhappy with their lot to win the election?  If there is one clear lesson from Brexit for the US, it's that we really won't know the answer to that question until the votes are counted.

Show Comments
Previous Article
Brexit: The view from Berlin
Next Article
Australia and the UK's leap into the unknown