What ghostly memorials of a distant past tell us about the present. 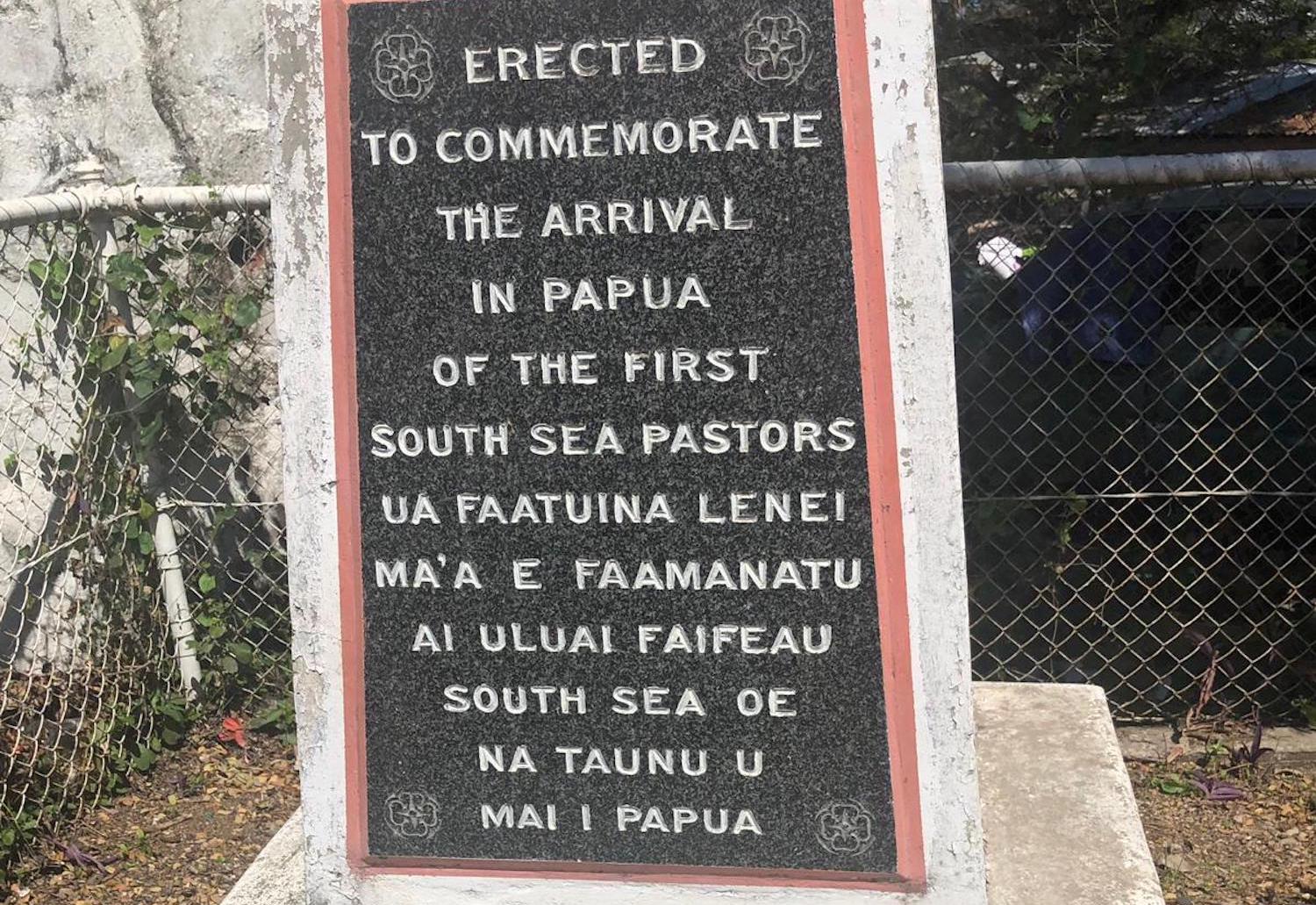 “Our dead are never dead to us until we have forgotten them”. I remembered this line of George Eliot as I rattled around Port Moresby in a bus these last few days searching for remnants of colonial New Guinea for a book I am writing. Papua New Guinea was Australia’s only colony, and before them, the British and the Germans were here.

We went to Badihagwa, the old colonial graveyard overlooking the sea; Bomana, the resting place for Australians who fell in the Second World War, and Hanuabada, the low-slung and densely populated village where the first Christian missionaries arrived close to 150 years ago.

I found different levels of legacy in these three places. The colonial dead are the forgotten dead, Australia’s military dead the tended dead, but the Christian dead felt so alive as to still be present.

“Si monumentum quaeris circumspice” reads the Latin inscription at the bottom of the headstone of Sir Hubert Murray in the gloriously disordered Badihajwa. Translation: “If you seek a monument, look around you”.

Murray ran Australia’s territory for close to 40 years at the beginning of the last century. An Oxford boxing blue and Boer War veteran, he helped chart vast tracts of the territory he was responsible for administering. He insisted he be buried in this land he seemed to love so. Thousands attended his funeral in 1940. “Our children and their children will talk of him”, solemnised one mourner to the author Frank Clune.

Not so. Murray may have a stadium, a highway, a military barracks, and international school named after him in Port Moresby, but memory of the man himself and his era is fading. His grave and its headstone are discernible but scarcely more than that. I asked Harold Lemmy, the 45-year old mechanic who works pro bono as unofficial historian of the cemetery, if many people came to his resting place. “Once in a while”, he said. “But not many remember him now.”

Harold is the man who keeps the book of the dead, a listing of the colonists buried in this cemetery. He’s a keeper of memories, of a time in British, Australian, and Pacific history gone from living memory, fading entirely from view. The copper nameplates of many graves around Murray are gone, screwed off and sold for scrap. Papua New Guineans now bury their dead in the cemetery. Harold said sometimes the old plots are dug up, bones discarded, and new caskets laid down into the ground.

The Australian High Commission led an intensive clean-up of Badihajwa in 2013; it was a weekend of gloves, gumboots, scythes, and rubbish skips, capped off by a barbecue.

It was a welcome initiative, but only vestiges of impact remain. Parts of the cemetery are grown over, the northern part now a resting place for the carcasses of buggered-up cars amidst the graves. The gravestone of a John Arthur someone or other is jammed against the back tyre of a busted car.

And so, to Bomana, resting place of Australia’s war dead. On the way we passed the distillery which sells, among other products, “Captain Moresby” whiskey. There are no monuments to John Moresby, the British sea captain who named the land for his family, in this city. He is commemorated only through this challenging tipple.

Bomana is a place of tomblike quiet. There are 3779 graves in this cemetery, dead from campaigns etched to varying levels in the Australian imaginary: Kokoda, Milne Bay, Salamua, Bougainville.

Bomana is the antithesis of Badihajwa in terms of look, feel, and attention. The Commonwealth War Graves Commission manage the site, which is patrolled by guards and fenced off, the effect being that it feels hermetically sealed from the noisy city outside. I was the only visitor there that morning, but the gardener said that was unusual. It is a place of secular pilgrimage from everyone from Australian dignitaries to Kokoda trekkers. By the looks of the visitor book, Papua New Guineans seldomly visit.

The final stop was Hanuabada, a crowded village-on-stilts within touching distance of the new Harbour City development on Port Moresby’s shore, fancy apartments for the oil and gas crowd, and where the new US embassy is being built.

Hanuabada feels like the sort of place where one could work up a “compare and contrast” sort of piece about the obvious inequalities in this city. It is a place of open sewers, drop toilets, and rubbish piled under the stilts, and it felt more alive with the old days than either Badahajwa or Bomana.

I wandered around the village with Geua, Jacob, and the evangelist Kila. We walked past monuments – to Arua Daera, the first Papuan convert to Christianity, William Lawes, the first European evangelist to reside on these shores, to the South Sea pastors that came with him, and Lakana Toi, whose stone remembers him as the man who “welcomed and protected those who brought the Gospel to this village”. On the top of a hill is the site of first church in all of New Guinea.

Proceedings of the Papua New Guinea parliament played on the radio as we drove around Moresby. Prime Minister James Marape was speaking, a man who aspires to make Port Moresby the capital city of the world’s “richest Black Christian nation”. He was speaking of the upcoming Bougainville referendum and invoked God “who’s fair on every human being” as guiding them during this period.

The names at Hanuabada didn’t feel as indistinct or lost to history as those at Badihagwa or Bomana. The influence brought and nurtured here is more obvious, more “sustainable” to use development argot, than anything brought by old administrators or soldiers fighting in a world war. The pews are more filled on Sundays in Papua New Guinea than in most places in Australia or Britain. Christianity is one of the strongest parts of stitching in the lining of the nation.

These first Christians – British and Pacific islanders – who landed at Hanuabada have, for now, eternal memory. You can almost hear them speak if you listen closely enough.