A real-life Bollywood soap opera, with a political twist 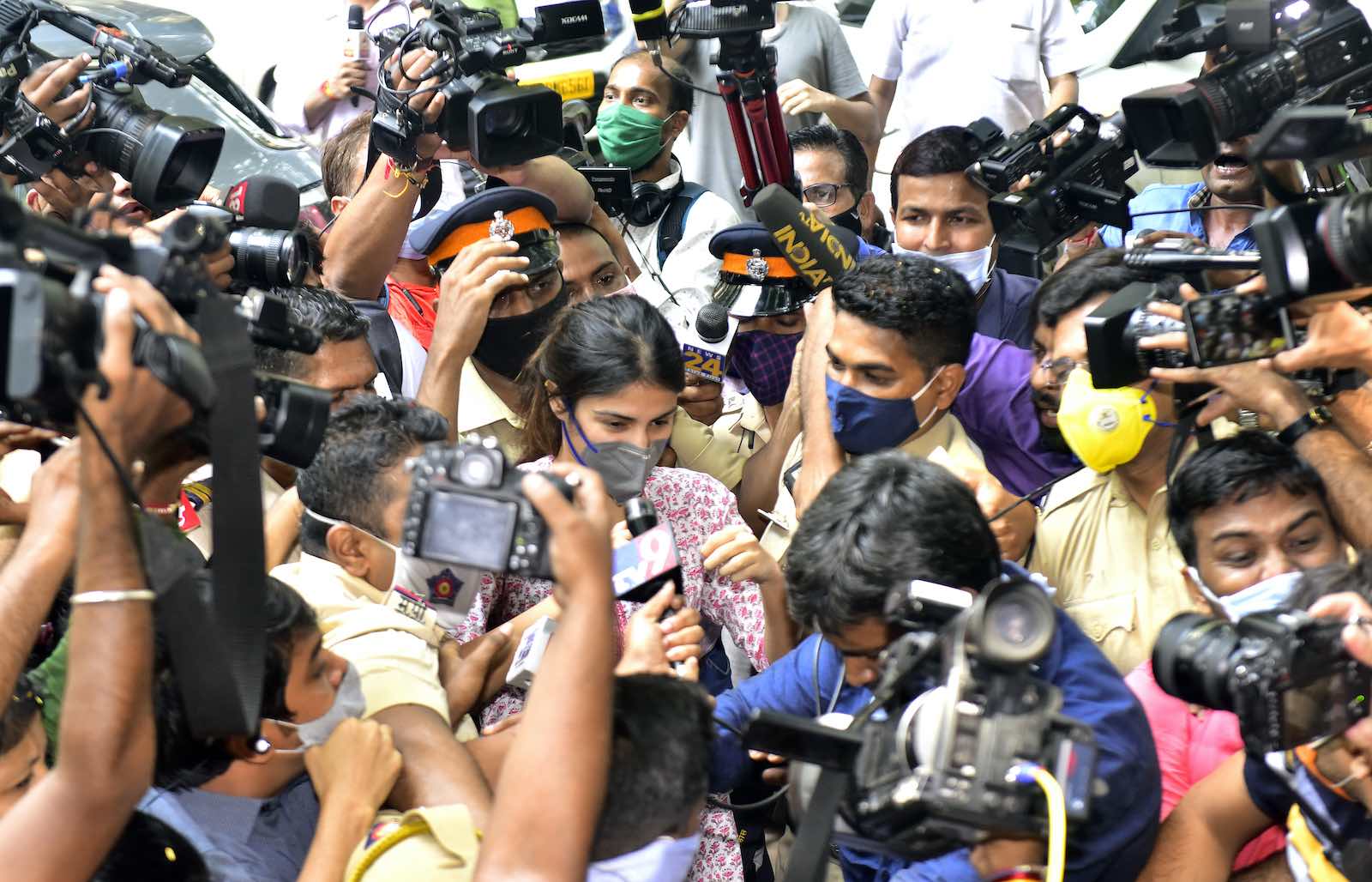 When things get grim in India, the usual way of dealing with it is to look towards Bollywood for some distracting relief.

This time, however, it’s not the latest musical providing distraction, but rather the imbroglio over the suicide of a popular movie actor, which was blamed on his girlfriend and has raised the spectre of drugs in the Indian movie industry.

The story of the actor’s suicide, and more specifically the handling of it by authorities, the media and the political sphere, as well as the devastating fallout for the actor’s girlfriend, have not just distracted Indians, but actively diverted their attention from the very real troubles their country is facing. At the same time, it has led to questions among middle India about just how flawed their justice system is. It also has brought further concerns over the media-politics nexus and attempts to muzzle Bollywood, the most powerful and influential cultural institution in the country. For its part, the industry is seemingly clapping back, with a group of producers last week filing a lawsuit against “irresponsible reporting” by some media outlets.

The trouble began with the suicide of the popular Bollywood actor Sushant Singh Rajput in June. Originally from Bihar, Rajput had been in a slew of successful films, including a tilt at portraying Indian cricket captain MS Dhoni. However, many in the film industry reportedly knew that he suffered from mental health issues, including possible bipolar disorder.

Conspiracy theories suggesting that Rajput had been murdered were amplified by members of the ruling BJP party, as well as TV networks that are considered to act as government mouthpieces.

Initially, his suicide was accepted as such – until the intervention of his grieving family. In July, the actor’s father lodged a criminal complaint accusing six people, including his son’s girlfriend, the actress Rhea Chakraborty, of abetting the suicide.

India is already dealing with a lot: it is currently the worst-hit Covid-19 country in the world after the US, with 7.5 million infected and 114,000 deaths. The economy is suffering, and the International Monetary Fund now expects that the Indian economy will register a 10.3% contraction in 2020. Violence and injustice against women continues unabated. There’s an upcoming election in Bihar state, the first major election since the pandemic began. And Amnesty International’s India office has halted operations after it was effectively barred from accessing its bank accounts, an indication that the government is further tightening the screws on NGOs and human rights groups.

But this all pales in significance when India’s shrill news media gets to train its lens on the inner workings of Bollywood.

Authorities swung into action following the criminal complaint against Rhea, who swiftly found herself in the eye of a media storm. She and Rajput had been living together in the Mumbai suburb of Bandra, popular with successful Bollywood workers, for about six months. Her personal life quickly became public, WhatsApp messages between the two were procured, some alluding to drug-taking. Almost immediately, a social media army amassed, labelling her a gold-digger and worse. Mumbai police later claimed that more than 80,000 fake social media accounts were created to discredit investigations into the death.

At the same time, conspiracy theories suggesting that Rajput had been murdered were amplified by members of the ruling BJP party, as well as TV networks that are considered to act as government mouthpieces. Social media lit up with claims about the drug-fuelled, wild ways of the film industry, calling it a violation of the country’s Hindu mores. (It is worth pointing out here that Hindu sadhus spend much of their day in a blissful haze of hash smoke, believing that the drug connects them more closely with the gods.)

Three federal agencies, including India’s main investigating agency, the Central Bureau of Investigation, along with the narcotics board, were charged with looking into the death. As Rhea ended up in prison for a month, other Bollywood actors found themselves swept up in the fracas, staring down allegations that they too were involved in the drug trade. A-list star Deepika Padukone was among those summoned by police and was questioned for six hours. In perhaps the apex, or possibly the nadir, of the whole affair, journalists trailed her car through the streets of Goa, the footage broadcast live on TV networks with a reporter providing breathless, blow-by-blow coverage of the car’s journey.

The soap opera element aside, there is a political angle. Bihar’s state elections begin later this month, and the BJP is hoping to boost its grip on the state, particularly in the face of concerns that it mishandled the start of the coronavirus pandemic. Bihar is a major source of migrant labour to other parts of the country, and millions of Biharis were among those who trekked back to their home villages on foot, sometimes covering hundreds of kilometres. The situation dealt a blow to leaders, and Rajput has now been presented as a wronged “son of the soil” in Bihar, his face appearing on political posters promising to avenge his death, clearly in the hope of capitalising on the tragedy.

However, the political aspect runs deeper. Indian writer Pritish Nandy asserted in an op-ed for the New York Times:

Beyond distraction, the assault on Bollywood, the most powerful cultural force in India, has a clear purpose: to force the film industry into complete silence and submission, and line up behind the BJP’s Hindu majoritarian project.

It’s a wild claim that many might say reeks of leftist conspiracy theorising. But the treatment of the actors pulled in for police questions has raised valid concerns. Deepika Padukone broke with Bollywood norms and displayed her social activism at the start of the year by attending a protest for students affected during an attack on Delhi’s JNU university that many believe was politically motivated. Could it be that implicating her in this drug sting was retaliation?

With the government medical board in late September ruling the Rajpur death a suicide, and Rhea released from jail a short time after, a curtain has been drawn on this particular episode. But, as happened with the Aarushi Talwar case a decade ago, in which the parents of a slain teenage girl served jail time for her murder, despite scant evidence, the case has whittled away at the trust that middle India has towards the country’s justice system.

Such concerns are not exceptional, with many on social media lamenting the treatment of Rajput and Chakraborty. For middle-class Indians to take away from this controversy a deeper sense of the malaise in India’s institutions is a trend that authorities may not have seen coming – and it may well prove to be a mood that takes hold.