Recent protests and wildfires are both symptoms of chronic mismanagement, corruption, and dysfunction. 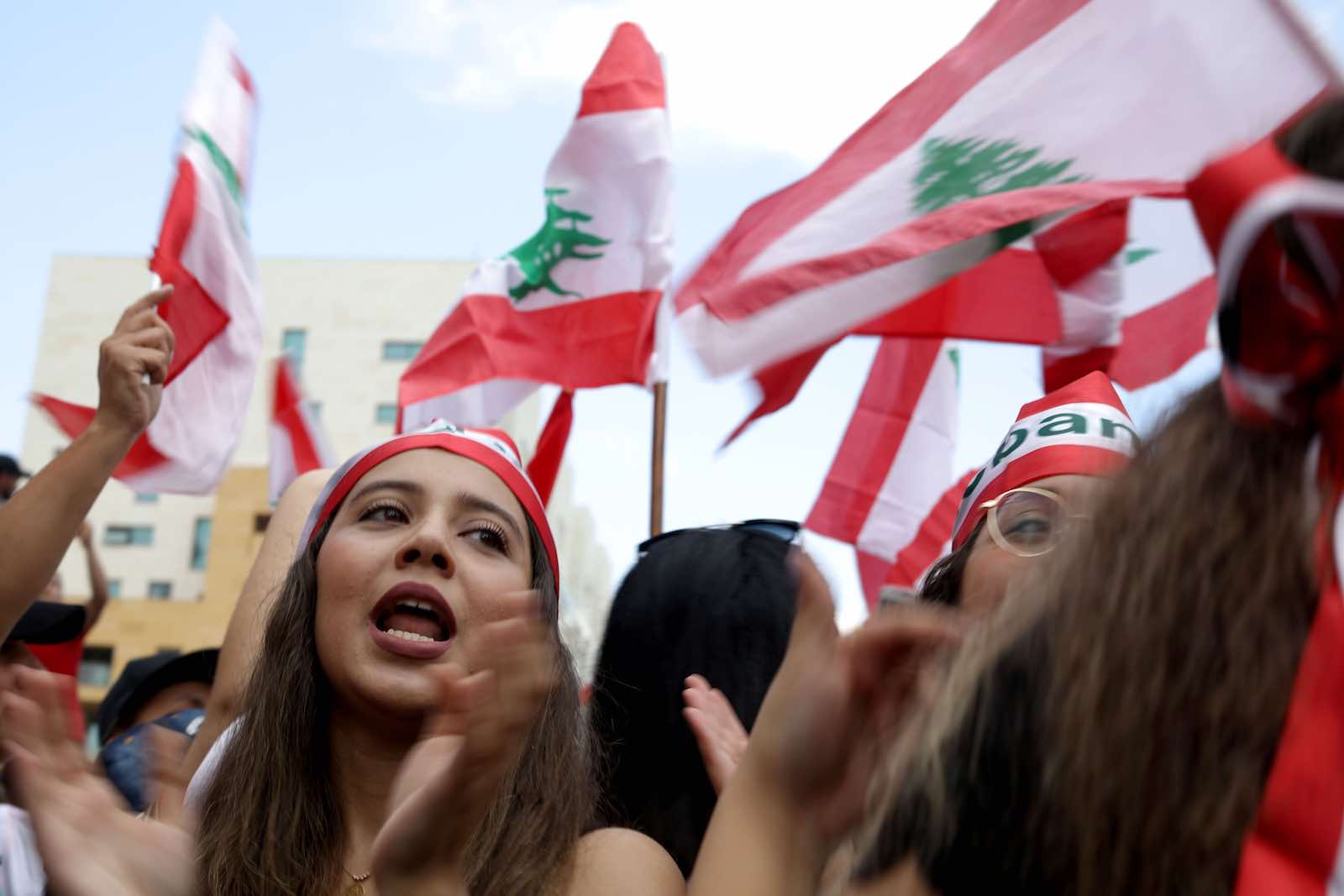 Tyres are once again burning on the streets of the Lebanese capital Beirut, while in the country’s north, wildfires are raging.

The two happenings may seem unrelated, but the dramatic events in Lebanon of the past week represent a culmination of chronic economic mismanagement, corruption, lack of basic services, and general political dysfunction in the tiny Middle Eastern country, defined by a sectarian system of political patronage networks loosely aligned with regional rivals Saudi Arabia and Iran.

Even in a country where taking to the streets is a national pastime, the fury expressed at these protests is different. Close to a million people across all major cities have joined what local media has dubbed the “WhatsApp revolution”, sparked by the introduction of a US$6 monthly charge on voice calls made through the messenging app.

It was the latest in a series of revenue-raising and austerity measures adopted by a cabinet trying to address the country’s deepening debt crisis and fund reforms aimed at unlocking millions of dollars in international aid.

A week earlier, Lebanon struggled to contain over 100 wildfires sparked by a heatwave and strong winds that spread from the southern suburbs of Beirut to forests in the north of the country. The inept government response to the fires exposed the country’s vulnerability, not only to regional political instability, but also to disaster.

Lack of regulation, resources, and infrastructure left Lebanon dramatically unprepared for such an event. The urban sprawl that has chipped further and further into Lebanon’s forested areas is poorly regulated. Meanwhile, private citizens concerned about the prospect of such a catastrophe raised US$15 million in 2009 to purchase three helicopters. The government did not have the money to maintain them, so they sat languishing in Beirut airport, unable to fly.

At least two people died in the fires. One was a volunteer firefighter who had battled a blaze in Aley for over six hours. The other was a woman who was run over by a fire truck. At least 18 people have been injured and more than 88 others have so far received medical treatment. There are reports of people heard screaming inside their burning homes, with no fire services available to help them escape.

Unsurprisingly, Lebanon, perennially without a functioning government, turned to its neighbours for help.

The Lebanese people, if not the state, have consistently proved remarkably resilient to the myriad challenges facing the country. With political and military insecurity fanned by the war in next door Syria, groaning under the weight of a refugee population a quarter of the size of its 4 million–strong population, an ongoing garbage crisis, chronic electricity outages, and inadequate health and education services, the Lebanese population have adapted through a system of sectarian patronage networks. Miraculously, the country seems constantly to rise like a phoenix from the ashes to live another day in its charming dysfunction.

Now it appears the Lebanese people have had enough. These latest protests were genuinely spontaneous and appear to cross sectarian and political lines, but they lack a coherent organisational or leadership structure. There are calls for the “downfall of the regime”, but also demands ranging from addressing the price of wheat to fixing the foul levels of air pollution. There is also general thuggery and vandalism. The place is awash with guns, which, typically brought out for celebratory gunfire on public and religious holidays, have been spotted in the affray.

After two days of chaos, protests on Saturday swelled, but by Sunday appeared to have settled into more peaceful and unified calls for change. Something of a festival atmosphere prevailed.

As one local friend who joined the rally in Beirut put it to me on Friday night:

This is massive discontent. Organising isn’t the Lebanese people’s strong point … but in the past year even I have been feeling super squeezed financially, even though I had all but disconnected from local politics and consider myself among the higher income earners here.

Saudi-backed Prime Minister Saad Hariri made a feeble attempt to quell the unrest on Friday. In a televised speech that largely fell flat, he announced a reversal of the WhatsApp tax, but blamed political opponents in his own government for stalling the reform process, issuing a 72-hour deadline for the government to settle on measures to address the economic crisis, or hinted that he would resign.

However, even as he attempts to take the lead on the crisis, Hariri’s own credibility is waning. Reports have circulated of Hariri personally gifting US$16 million to a South African swimsuit model he met on holiday.

Late on Sunday, the government announced it had agreed on a package of reforms that included a reduction in politicians’ salaries and the privatisation of utilities. For the first time since the Cedar Revolution in Lebanon saw the withdrawal of Syrian forces from the country in 2005, it seemed people power had won.

Reducing government salaries and structural changes to banking and utilities will go some of the way to ease the pressure. But at its heart, Lebanon will need to secure foreign investment and aid to fund this new package of reforms. That’s easier said than done. In the past, the international community has been willing to prop Lebanon up, either to buy influence or to prevent a total collapse of the political system and stave off a return of civil war.

Now, however, impatient with the level of graft and slow progress made on reform, Western donors are reportedly holding off until real progress is made. Meanwhile, wealthy backers from Arab Gulf states will likely want guarantees of a plan that checks the growing influence of Iranian backed Hezbollah, which has been gaining ground politically in Lebanon in recent years.

If Hariri resigns, the governing coalition will once again be left scrambling to form a cabinet and will most likely hand Hezbollah even greater control, putting the much-needed foreign investment once again out of reach.

The people of Lebanon have proved they are able to put aside sectarian differences in a unified call for change. Now it is up to the government and its rival backers to do the same.