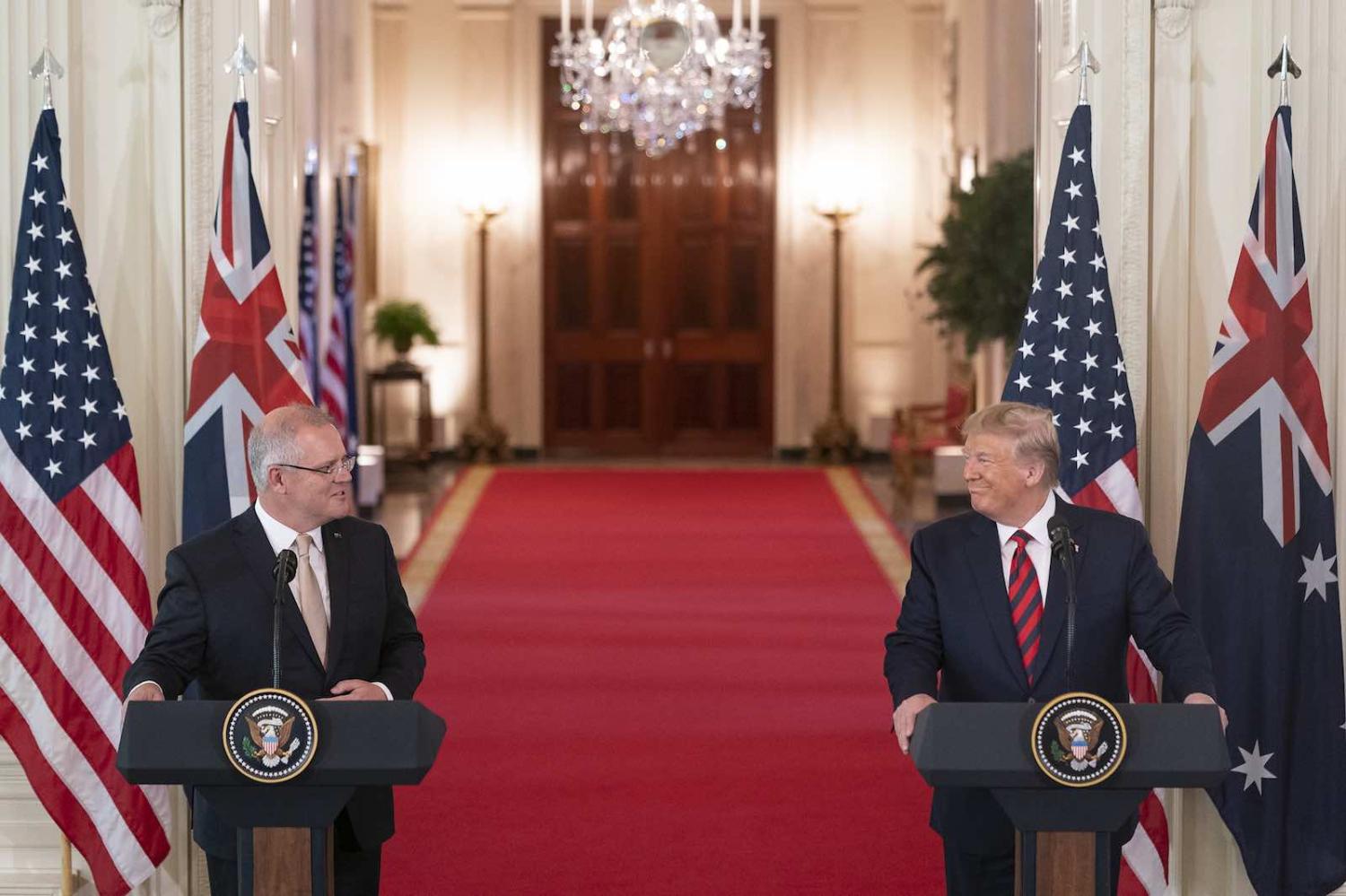 Should journalists really be trying to impose an order on Trump’s thinking, when he himself displays none?

One of my favourite old sayings is, “You don’t ask the fish to describe the water”. This sentiment, that creatures can become so immersed in their environment and lose all perspective, captures the very reason why US journalists became so focused on the weekend reflection by Guardian Australia editor Lenore Taylor about the challenge of sitting through Donald Trump’s press conference contretemps. The popularity of Taylor’s column recalls a similar experience a couple of years back, when a short ABC TV dispatch by another Australian reporter, Chris Uhlmann, went viral, lifting people’s head above the day-to-day fray at the G20 summit to see the bigger picture. Sometimes an outside perspective can be revealing.

If you’ve not read it already, Taylor makes the simple point that reporting on Trump’s neck-snapping-crazy turns of phrase and barely coherent explanations can take a fair amount of panel beating to bash a story into shape. Yet the risk for journalists, Talylor explains, is actually doing their readers a disservice. Should journalists really be trying to impose an order on Trump’s thinking, when he himself displays none?

This was a reminder of another excellent article a year ago by New York Magazine correspondent Olivia Nuzzi, titled “My Private Oval Office Press Conference With Donald Trump, Mike Pence, John Kelly, and Mike Pompeo”. Nuzzi’s reporting on what was then the impending departure of another key White House aide was so extraordinary because other than a few introductory sentences and occasional observation for context, most of her article was comprised of lengthy direct quotes by Trump – and as a consequence it was so much more startling.

But back to the weekend in Washington. “Scott Morrison grins and bears it as Donald Trump goes rogue” was the headline on the report by The Age and Sydney Morning Herald’s Matthew Knott after one freewheeling 30-minute joint press conference. If you’d rather avoid the filter, you can read the full transcript on the White House website. Doing so certainly does leave the distinct impression that the few Morrison moments where the Australian speaks serve as intervals to catch a breath before Trump launches into another barrage of topic-twisting and frayed asides.

Trump’s supporters often cite his authenticity as his chief appeal. So is the rambling manner Trump displays in press conferences and at campaign rallies the real deal? When the cameras are packed away and the reporters trudge out of the room, is the private conversation with his international interlocutors any more structured? Or is Trump as he appeared to be in the leaked transcript of the earlier phone calls with Malcolm Turnbull, just as meandering?

Because unless Trump completely changes character behind closed doors (and who really thinks he does?), it would seem the exact danger that Taylor warns about for journalists who can “normalise his full and alarming incoherence” would apply equally as a risk for his bilateral counterparts.

To give an example: at one incredible moment, the US President is standing alongside the Australian PM and openly speculating about nuclear options with respect to the present strife with Iran, saying “We all hope, and Scott hopes, we all pray that we never have to use nuclear”. When Morrison fronts the Australian media a day later during his visit and tells of hearing Trump’s “instinct towards restraint”, this sounds reassuring. It also happens to accord with my gut feeling about Trump’s attitude toward the use of force. It helps consign Trump’s speculation to the idle realm, just another oddball quirk of this time in a new normal.

But am I suffering here from a lack of perspective, so immersed in the moment, hearing only what I want to hear? More importantly, is Morrison?

Many journalists and commentators have done themselves a lot of harm, and Trump a lot of favours, by the lack of judgment they have shown in their criticisms.
Bill Hayton 9 Oct 2020 06:00

Beijing’s attitude is clearly one that says big countries matter more than small or middle-size ones.
Denise Fisher 28 Apr 2017 09:19

The results of the first round of the French Presidential elections create new uncertainties for the French Pacific, particularly in New Caledonia.