The detail in the present truce in the US-China trade war carries some bad news for Australia. 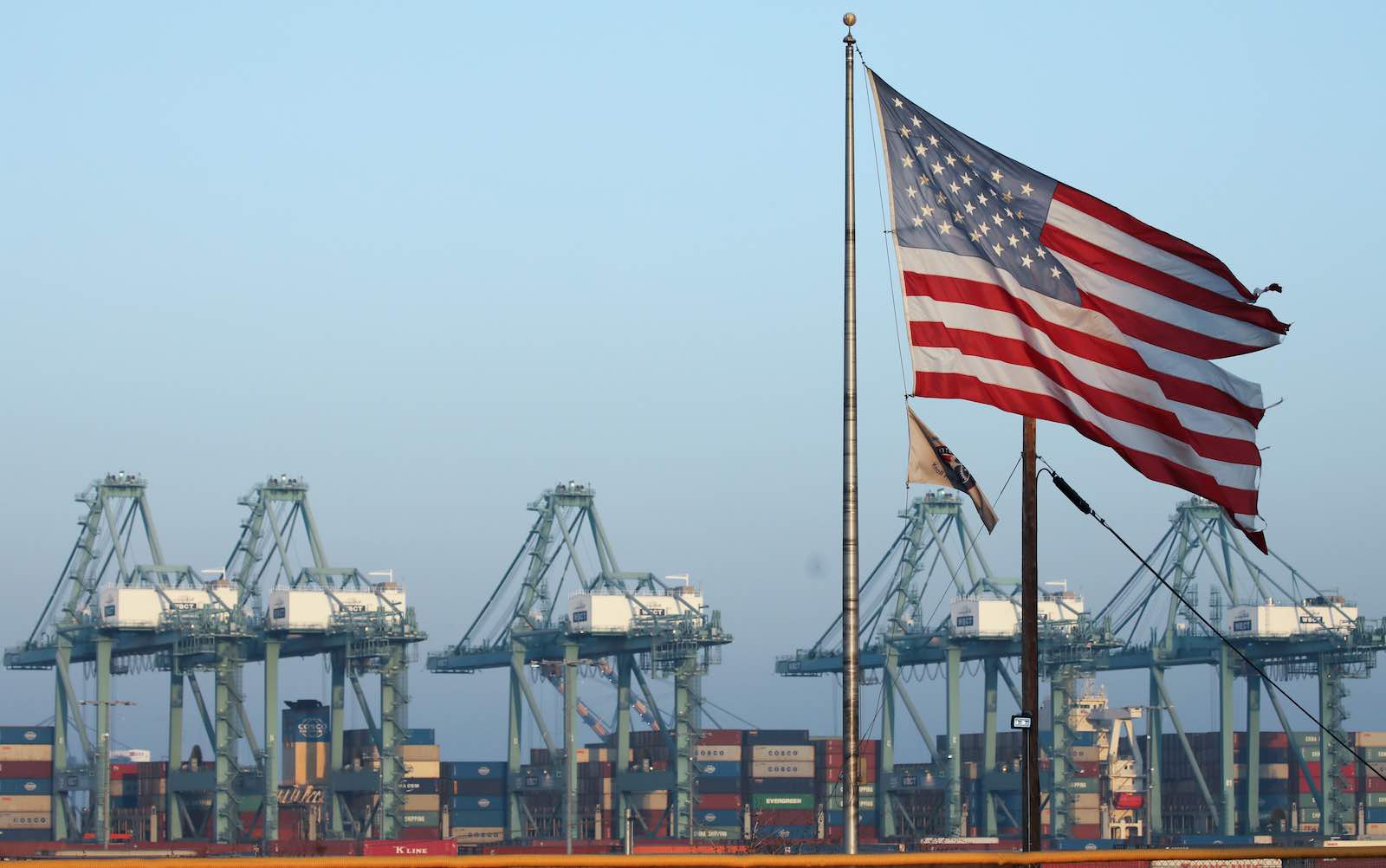 It may go awry between now and the promised finalisation in January, but both the US and China now agree that phase one of the most difficult bilateral economic negotiation in recent decades is over.

Unusually for this negotiation, the two sides also seem to agree on what they have agreed – at least broadly.

China will buy more products from the US, especially farm goods but also manufactures. China agrees not to demand US businesses establishing in China transfer intellectual property to a Chinese partner. It agrees to increase intellectual property protections. Both these changes were announced by China earlier this year. It will also confirm its long-established declaratory policy that it will not manipulate its currency for trade advantage. It will open up more areas of financial services to foreign participation, again as already announced.

For its part, the US will halve the 15% penalty tariff on $300 billion of China imports imposed 1 September, and not impose another bigger round threatened for December. Existing tariffs will otherwise remain.

It offends a central aim of the trade policy of Australian foreign policy since 1944, which is to bind the great powers by rules.

This outcome has always been likely, and never been good. At the heart of this deal, China agrees to buy more stuff from the US. It will not import more in total so the additional imports from the US are at the expense of other exporting countries. Australia, for example, is not an important soybean producer, but it will lose China market share to the US in natural gas, beef, wine, and perhaps coal.

All along, Australia has vigorously protested this likely outcome, without effect. The US has obtained this advantage simply by applying high tariffs to China’s exports. It is kind of negotiation the rules and spirit of the World Trade Organisation and before it the General Agreement on Tariffs and Trade were designed to prevent. It offends a central aim of the trade policy of Australian foreign policy since 1944, which is to bind the great powers by rules. The liberal trade order the US helped create it is now helping to destroy.

Nor will this outcome advantage the US. This is because the trade deficit in the US case reflects the difference between domestic saving and domestic investment, not the trade policy of the administration. Increased US exports to China will be offset by diminished US exports elsewhere, or higher imports from elsewhere.

This resilience of basic economic fact is one of the striking features of the 18 months of economic conflict. As has been pointed out, China’s exports to the US and US exports to China have both fallen over the last year, but with negligible impact on the GDP of either economy. Much of the decline in US imports from China has been in mobile phones and computers. Since neither of these products are subject to additional tariffs we are entitled to suspect the decline has nothing to do with the trade war. The largest part of the decline in China’s imports from the US has been in soybeans, much of which would have happened anyway because of the swine fever epidemic.

We could add that if the US aim had ever been to “decouple” from China or obstruct its economy, it has proved hard to do. No big US business has declared an intention to pull out of the China market. If the intent had ever been to disrupt global supply chains that run through China, one would expect that to be reflected in declining foreign investment. Yet on OECD numbers, foreign direct investment in China in the first six months of this year was higher than in the last six months of last year (and 2018 was well up on 2017).

For all that some decoupling is now set in motion, but more from the Chinese than the American side. China clearly cannot rely on American made or licensed high technology products as components in Chinese products, because the supply of these components is not assured. Longer term, China will devise ways of reducing its dependence on US dollar claims transacted though banks subject to US government control. The likelihood of China sharing data with US providers through cloud services, never high, is now zero.

China will not agree to change or even to discuss the role of the Communist Party in the economy. It will not give way to American pressure on state economic planning. If the US presses on the role of state-owned enterprises, China will point out that most economies have state owned enterprises (including the US), and that by and large it observes such WTO disciplines on subsidies to SOEs as are generally applicable. As for subsidies more broadly, that could be a very long conversation indeed, one that would necessarily include Europe and Japan and the US.

Meanwhile Australia and its regional trading partners are proceeding with the Regional Comprehensive Economic Partnership. It may well conclude next year with a trade and investment agreement which includes China but not the US. Another instance of the resilience of basic economic fact.