As debate rages about Australia's national day, across the Tasman a mix of dramatic protest and strong personal ties marks a very ‘New Zealand moment’. 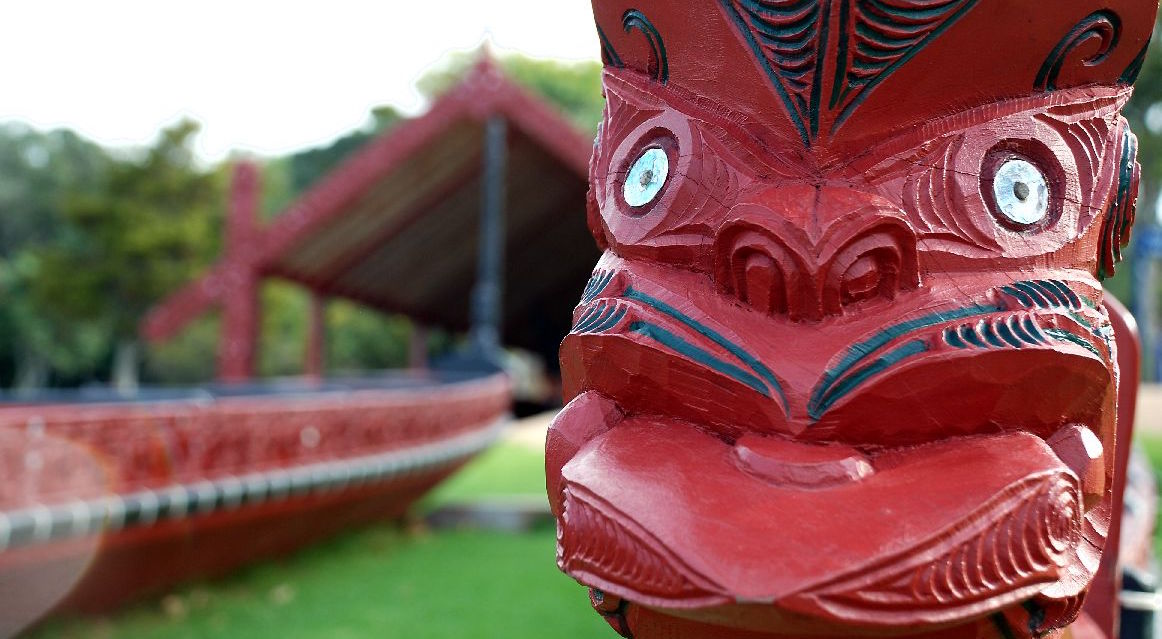 In a little more than a week, New Zealand will celebrate its national day, Waitangi Day. This year will mark the 178th anniversary of the Treaty of Waitangi, the agreement between the British Crown and New Zealand Maori rangatira (chiefs) that led to New Zealand becoming a British colony.

A new prime minister, Jacinda Ardern, will be accompanied onto Te Tii marae (next to the Waitangi Treaty Grounds) by an old campaigner, Titiwhai Harawira. In the past, Harawira and her whanau (family) have actively disrupted the day’s ceremonies as part of a campaign of ongoing resistance against colonisation and its consequences.

Unsurprisingly, governments treat the day with nervousness, if not outright dread.

Yet alongside these sometimes violent protests, commemorations at Waitangi are full of fun, pageantry and display, particularly by the Royal New Zealand Navy which sees itself as a direct inheritor of British Captain William Hobson's 19th-century naval mission to New Zealand. The weather is usually good for picnicking and enjoying displays of waka (canoe) racing and the spectacular settings of the Waitangi Treaty Grounds, which sweep down to the waters of the Bay of Islands.

Some low-key ceremonies take place in other parts of the country, particularly where the treaty was taken after 1840. Ngāi Tahu, the major South Island iwi (tribe), celebrate Waitangi at Okains Bay, reminding the long-dead Hobson that they too signed the treaty, refuting his claim that Britain claimed the island through discovery. For almost everyone else, Waitangi Day means a day at the beach, barbecues, family outings, another holiday, with little thought to Waitangi or its implications as a national day.

All of this seems somewhat bizarre for a day supposedly celebrating national identity and unity in a common history. It reflects an ‘only in New Zealand moment’, where tension and dramatic protest are intertwined with high levels of personal engagement between Maori leaders and government.

Maori are not outsiders. The New Zealand Parliament today has 29 members, of a total 120, who can claim Maori descent. In the parliament a few months prior to the last election, the leader or deputy leader of every political party was Maori, bar one – the one-person United Party.

Young Maori activists in the 1960s, reflecting an increasing period of militant protest internationally, used Waitangi as a site to protest loss of Maori land, mana, and cultural identity. Their elders, often veterans the Maori Battalion in the Second World War, looked on uncomfortably, and accommodations with government were often the target of youth protest.

Two generations on, the world is very different. While protest at Waitangi continues, it needs to be seen alongside a much greater level of Maori economic, political and cultural incorporation in New Zealand society.

Treaty settlements have transferred significant sums to Maori tribal authorities. However small these may be as a proportion of what was lost, Maori authorities have used these sums to generate considerable wealth beyond the original settlement. While Māori inequality and institutional racism remain, Maori self-confidence has increased greatly.

For those who want to see Maori as outside of New Zealand society, to see iwi and kiwi as distinct, even incompatible, Waitangi Day is inappropriate as a national day. Attacks on Maori language and the recognition of Maori cultural identity in public life continue. But there are few alternatives as a national day and little real pressure to replace it.

Ironically, two other days that have been debated for official recognition are both linked to Maori concerns. In 2017 a day for commemoration of the New Zealand Wars was set aside on the anniversary of the 1835 signing of the Declaration of Independence, an event many Maori see as overriding British claims of sovereignty in 1840. The second event, Matariki, is a Maori midwinter celebration.

In recent years, Anzac Day has emerged much more as a day of national unity. New Zealand’s big power aspirations are completely non-existent, and Anzac Day in the country does not share the controversial sabre-rattling of its Australian equivalent. Maori are strongly represented in New Zealand's Armed Forces, and have been particularly connected to the day. Maori Television took the initiative in turning the day into a very big event, and other media catching up slowly.

It would seem that whatever the day, the politics, conflicts and tensions that can arise will transform its meaning over time. The celebration of Anzac Day as a day of unity still comes as a surprise to those of us who remember protests against the Vietnam War, which saw that public day as the most divisive in Australia and New Zealand.

Waitangi Day was once an irrelevant and marginal part of New Zealand's official calendar, with European New Zealanders more focused on the settler ships that arrived at the same time as Hobson as the founding point in the country’s history. From the 1940s the day was commemorated at Waitangi, after the land was presented to the nation by Lord Bledisloe in 1934.

From about that time, Waitangi became the symbol of a new nationalism, which focused on New Zealand as a South Pacific nation. Politicians celebrated what they claimed were the best race relations in the world, often making an explicit contrast with Australia.

When New Zealand decided early in the federation deliberations of the late 19th century to be an observer rather than a participant, New Zealanders were saved from Australia Day. While the contrast between the symbolism of the two days suggests their decision was right, both Australians and New Zealanders will for the most part share a determination not to take their national days too seriously. And this is not a bad thing.