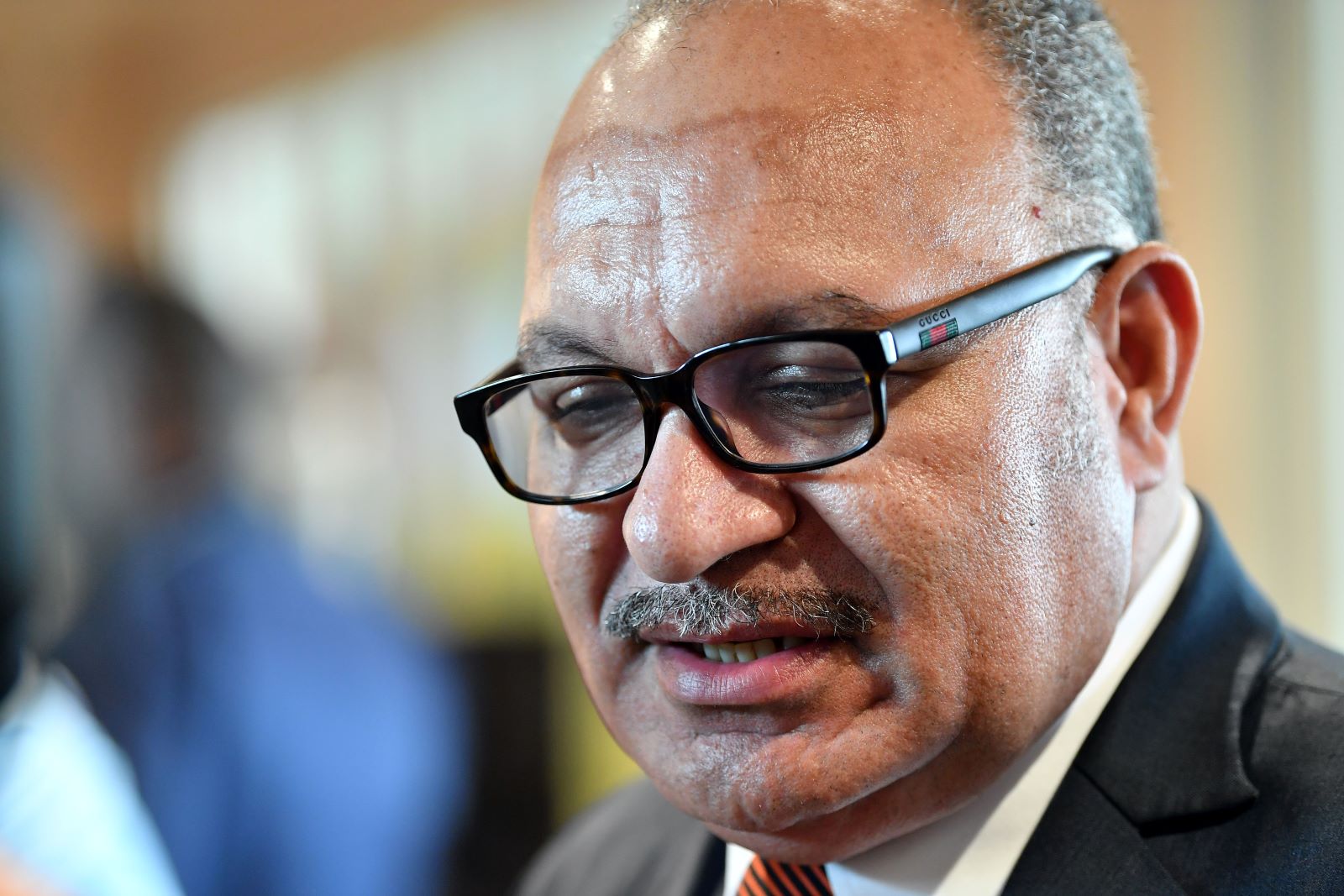 Two Port Moresby hotels have been the backdrop for the story of PNG politics this past weekend.

Members of Prime Minister Peter O’Neill’s government are perched in the Crown, looking over the CBD as they negotiate to stave off a determined parliamentary challenge.

Up and over Burns Peak – at the Laguna in Waigani – a growing number of opposition and until-recently government MPs are fomenting change.

Some sort of move against the PM was always likely to take form at this point in the political cycle: PNG’s political laws preclude a move against a government within 18 months of an election. The window for a challenge opened in February this year. This week’s parliamentary sittings are the first opportunity since then to move one.

But long-standing opposition threats only became serious in the past few weeks as factions within O’Neill’s government started splintering.

The key person was James Marape. Hailing from the resource-rich Hela province in the Highlands, until April he was Finance Minister.

His resignation was prompted in part by the recent deal for a major expansion of PNG’s gas industry, and according to Marape, a lack of consultation over it.

Marape was followed out the door by other frontbenchers and coalition members – culminating in Friday’s coming together at the Laguna of the so-called “New Government” grouping.

As of Sunday night, it claimed 58 MPs in its camp, saying it has a parliamentary majority ready to move against the PM.

It means a contentious few days ahead as the numbers form and are eventually tested. At stake is O’Neill’s legacy.

But O’Neill, a master political strategist, is unlikely to give up without a determined fight. He still has the power of incumbency, and the opportunity to control the parliamentary process.

There is also the uncertain dimension of the courts which could be brought in if there’s a legal challenge to a parliamentary vote.

It means a contentious few days ahead as the numbers form and are eventually tested. At stake is O’Neill’s legacy.

Having taken office in 2011 in messy circumstances, O’Neill has consolidated power to become the dominant figure in the current generation of PNG politicians. While he points to achievements in economic development and infrastructure investment, there has been growing concern over increasingly poor delivery of services. Policies on the delivery of services through MP-controlled authorities have had mixed results, and general government processes have largely failed to improve.

A polio outbreak – the result of failed immunization programs - at the same time as the country bought expensive cars to host APEC provided a stark illustration of the problems.

O’Neill had wanted APEC to mark a turning point for the country, and pushed strongly for major agreements to coincide with the event. While that won plaudits and results – the LNG deal, and the PNG Electricity Partnership among them - it also left him open to criticism of bypassing government processes and sidelining political allies – criticisms now driving some of the moves against him.

As a wily operator, O’Neill can’t be counted out. But he’ll need to put all his number-crunching, deal making and political power-playing into operation if he is to survive as Prime Minister.

Show Comments
Previous Article
Belt and Road: colonialism with Chinese characteristics
Next Article
Why North Korea will not return to outright provocations