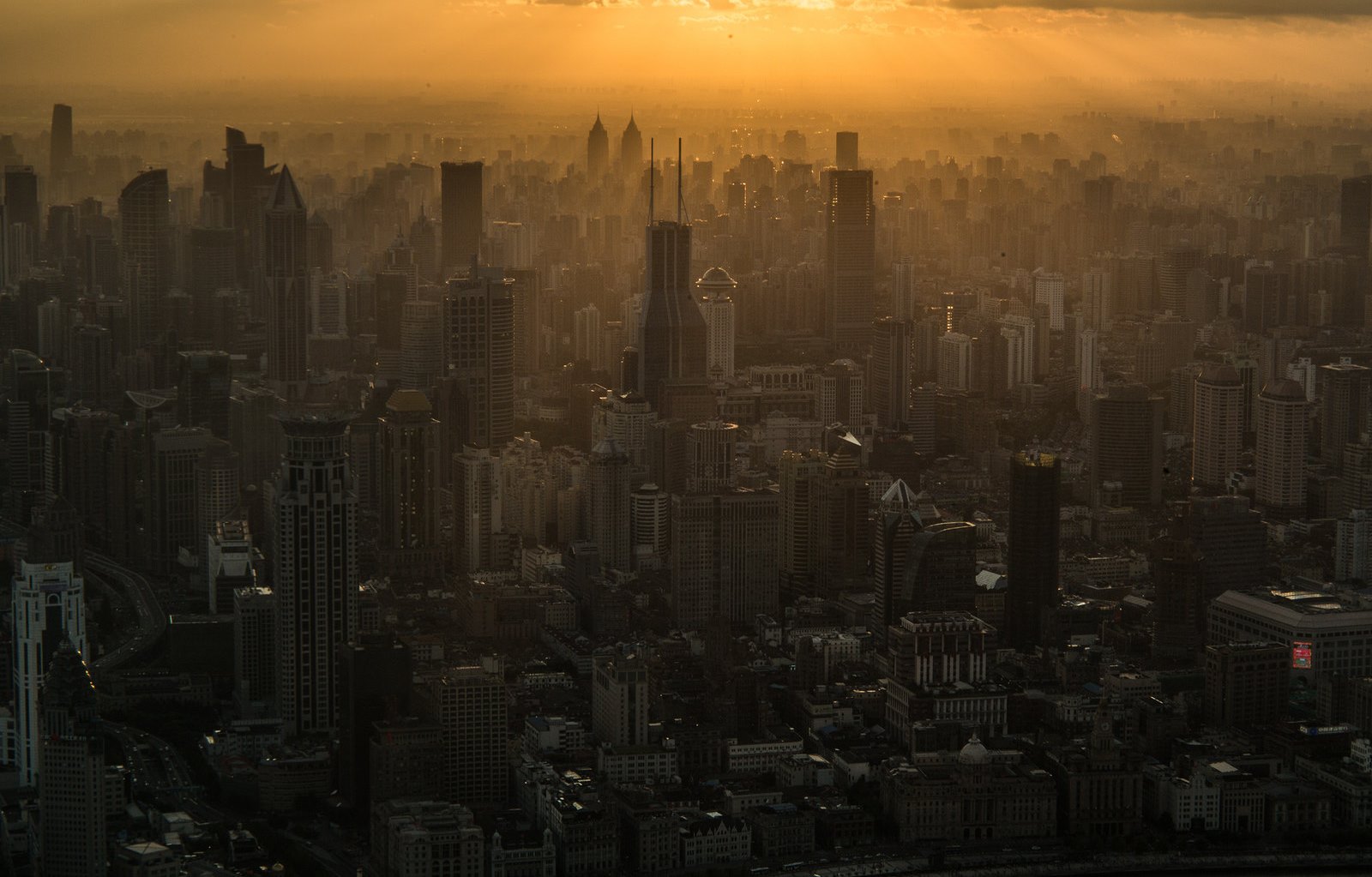 The big international news story of the week was President Trump's announcement that he would withdraw the US from the Paris Climate Accord. Olivia Kember wrote:

In one sense, Trump’s dithering has helped the climate cause. Other national leaders can feel more confident in contradicting the US now that they have seen President Trump in action for a few months.

Is the US likely to put much effort into encouraging other countries to follow its lead and exit the treaty? Is it likely to do this well?  At this point, the answers appear to be no, and no.

Meanwhile, are the economic benefits of achieving the Paris Agreement goals still worth the effort? Are there commercial opportunities in the transition to a cleaner economy? And is there domestic upside from standing up to the Trump Administration? So far, countries’ answers to all three is yes.

The most prominent theme of this week's Interpreter commentary was the rise of China and its implications for the international system. Hugh White argued that China's lack of allies was not an impediment to its rise, and that America's Asian allies could be a disadvantage:

The argument that China needs allies to fulfil its ambitions to lead Asia is based on the assumption that Chinese regional leadership would have to work just the way America’s has done. But their situations are very different. America is not an Asian power, so its position in Asia has always depended on projecting power into the region from the Western Hemisphere.

Allies in the Western Pacific have been essential for that, because of the bases they provide. Those bases have made it possible for the US to sustain a preponderant military presence in Asia.  Without them, America would not be Asia’s primary power.

But China is a local power in Asia. It has no need to project power across the world to lead in Asia, because it can sustain a strong military presence throughout the region from bases at home. So it does not need allies to support it.

Nick Bisley also wrote on the great-power competition for influence in Asia:

It’s clear the contest for international leadership is on again – thanks in part to leaders like Xi Jinping and Narendra Modi with a strong nationalistic streak and even a sense of destiny – and it is one reason why an increasingly integrated Asia is fast becoming the centre of the global power play.

China is also making its presence felt at the North and South Poles, wrote Anne-Marie Brady:

China’s focus on becoming a polar great power represents a fundamental re-orientation; a completely new way of imagining the world. The polar regions, the deep seabed, and outer space are the new strategic territories where China will draw the resources to become a global power. As China’s comprehensive national power grows, the government is taking advantage of every available opportunity in these three zones. Access to these areas’ resources and opportunities is essential for China’s continued growth, prosperity, and political stability. China is stepping into the power vacuum of global leadership since the Trump administration came to power, preparing to shape the new world order and protect international security. A new global order is emerging and China aims to be at the heart of it.

The US National Security Adviser, HR McMaster, described his boss as having a 'disruptive' approach with no time to 'debate over doctrine'. That's strange when you think about it. Disruptive strategies work best for weak states like North Korea. Great powers seek to lead broad coalitions of allies and friends to certain goals and in order to do that, they need to be quite clear about where they are heading. None of us at present can be quite sure where this US Administration will go. Deal making with China? America First protectionism? Abandoning human rights as a goal of US foreign policy? The only certainty, I believe, is that in George W Bush and Hillary Clinton we have seen, for the time being at least, the high watermark of American liberal interventionism.

So this is a very different world and we're stumbling around a bit blindly at the moment.

In 1994, an incident occurred at Three Pagodas Pass on the Thailand-Myanmar border, west of Bangkok. While minor in itself, it had the potential to complicate the diplomatic relationship between Australia and Myanmar, at a difficult time. Known only to a few people at the time, when the history of Australia’s relations with Myanmar is finally written it deserves at least a footnote.

Then two pieces on the upsurge in fighting in Mindanao, the first from Lowy Institute intern Michael Coyne ('Mindanao: In the face of a new, united threat, Duterte courts unorthodox alliances'), and here's Erin Cook:

The shocking siege in Marawi City in the Philippines island of Mindanao this past week represents the apex of heightening violence between Islamic militants and counter-terror forces, alongside inevitable strong-arming from President Rodrigo Duterte. The declaration of martial law amid the bloody insurgency has found far more supporters than critics, and raises questions about the immediate future for the archipelago.

John Besemeres declared plainly on Friday that Russia views the EU and the West as enemies:

To say this is not Russophobia. It has been made clear in countless official Russian documents, to say nothing of their routine pronouncements, propaganda and actions. Nor is it something new. There were periods of East-West hostility during the 19th century, and it has been running for most of the last hundred years through quite extensive changes in the make-up of the opposing teams and the issues ostensibly being fought over.

Jim Molan agreed with the government's decision to commit more troops to Afghanistan:

I assume the government believes Afghans do not deserve to live under the Taliban, especially given that a clear majority of Afghans don't want to return to Taliban rule. I also assume the government believes some degree of success in Afghanistan and Iraq is important to the credibility of alliances and the 'western' coalition, because military credibility supports the world order that has delivered unprecedented security and prosperity to Australia. The Turnbull administration would probably also agree that failure in Afghanistan would embolden those that do not subscribe to the rule of law and that represent a threat to everything the West stands for, a group that in my view includes Russia, Iran, China and North Korea, as well as Islamic extremists including IS, al-Qaeda, and the Taliban. Afghanistan was a safe haven for terrorists before, and under Taliban control it may become one again. And one assumes the government believes there is some hope for military success in Afghanistan, the eighth-most corrupt nation in the world, on which other non-military forms of success might at some stage be built.

If the government does not believe that we should be there and that there is some hope for some form of success (in some circles known as 'winning') then we should withdraw troops.

Two pieces on PNG this week, the first by Sean Dorney on the retirement of Sir Michael Somare. Then Dan Waites on endemic conflict in PNG's highlands:

As anyone with a passing familiarity of PNG will attest, tribal fighting is nothing new. Hundreds of years ago it was common throughout the Pacific. In places like Fiji and coastal PNG, waves of colonisation and proselytising led it to die out long ago. In the PNG Highlands, which outsiders had scarcely visited until the 1930s, it never went away. Tribal fights, sparked by disputes over 'land, women and pigs', as locals like to say, continue to bedevil swathes of the region, particularly in the resource-rich westerly provinces of Hela and Enga.

The impact of lower participation is big. If the US now had the same participation as it had in 2000 (which would, coincidentally, make it the same as Australia's current participation) combined with its current level of unemployment, GDP would be around 10% higher, using a traditional rule of thumb linking employment and GDP. Think how many of America's problems could be addressed with production one-tenth higher! Think also of the societal advantages of taking seven million people out of the unhappy state of idleness (where surveys show they spend increased time watching day-time television and playing computer games). The shocking mortality increase of US white men (while just about everyone else in the world is living longer) can't be just a result of joblessness, but there clearly is a major link.

Thus participation may be a dry statistic, but behind the US trend lies an alarming story that cries out for remedial action.