What dropping the Iran deal would mean, how Americans feel about 'America First', Australian engagement in North Korea and more. 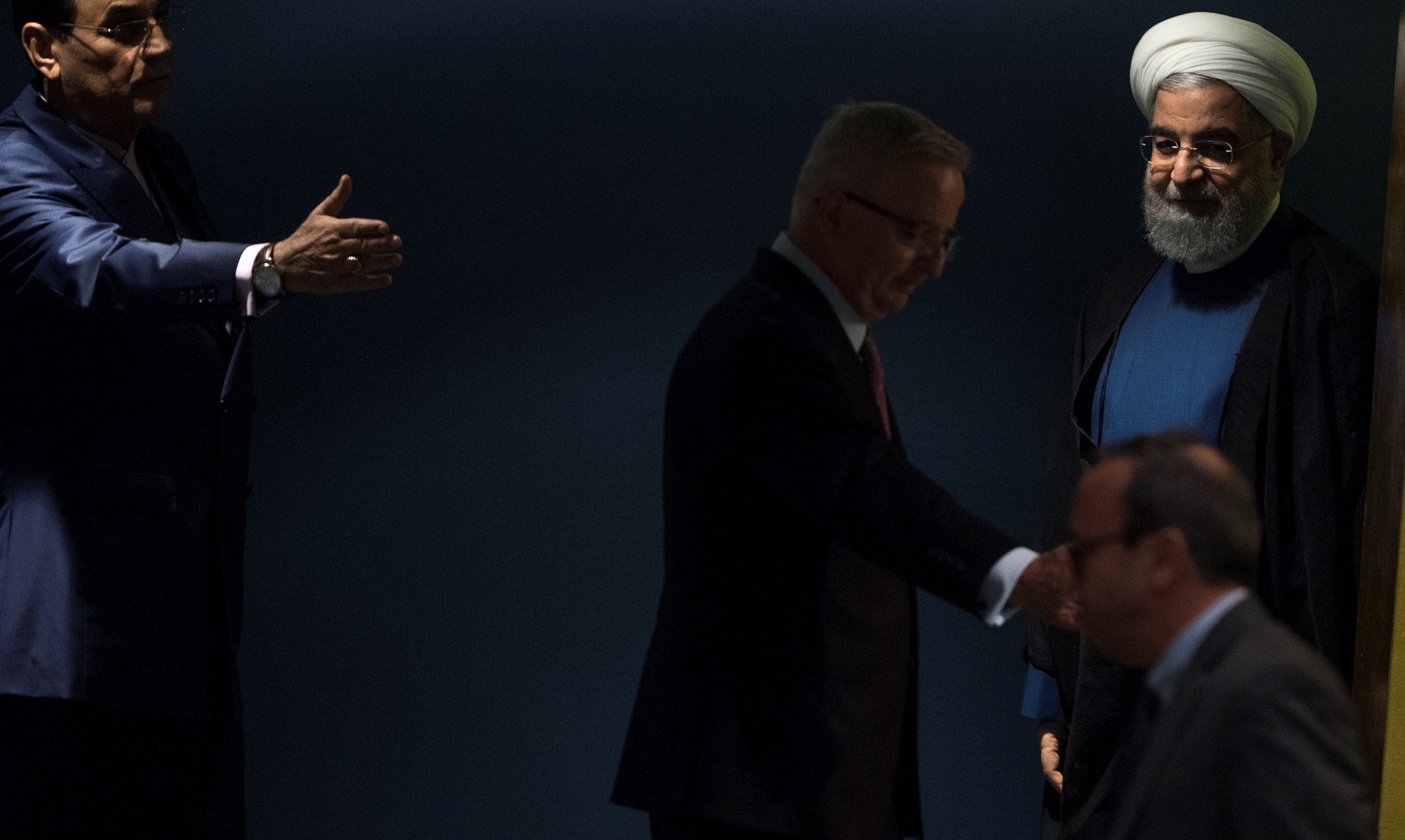 As of this writing, US President Donald Trump is 'poised' to decertify the Iran nuclear deal. Dina Esfandiary on what withdrawing US support for the deal would mean for Iran:

US decertification would be a message to Iran that it doesn’t matter what Tehran does, how many compromises it makes and how well it sticks to them, the US will continue its tough talk and will always want more.

Trump's verbal portrayal of the Iran deal as an embarrassment forecloses any other future deals that would involve the negotiation of a detailed process, including necessary concessions and commitments on all sides.

Picking up on a Chicago Council on Global Affairs poll, Olivia Shen took at look at what Americans really think about 'America First':

At a time when allies such as Australia are acutely concerned by the prospect of US isolationism, the survey results offer some cause for optimism. Conducted six months into the Trump presidency, the survey showed that the US public continues to broadly support the US-led alliance system, international trade, immigration and the use of US troops abroad.

On North Korea, Euan Graham proposed an innovative approach for Australia to engage North Korea and act as an intermediary between it and the US:

Here is my modest proposal. Australia's embassy in Seoul should invite a former Chief of the Defence Force to join a Department of Foreign Affairs and Trade delegation visit to Pyongyang. Washington would be consulted in advance, and there is good reason to think that key figures in the Trump line-up, including Secretaries Rex Tillerson and Jim Mattis, would be receptive to this.

Amid the focus on US and Chinese approaches to addressing North Korean belligerence, how does Russia frame the issue? Stephen Blank:

The desire to preserve peace, to ensure Russia’s full participation in any future political process dealing with North Korea, and to strike at US power and values in Northeast Asia in tandem with China are all driving Moscow’s policies. Readers will note that nonproliferation is not a vital Russian interest and never really has been.

Department of Foreign Affairs and Trade Secretary Frances Adamson delivered some robust comments on the experience of Chinese students in Australia, wrote Nick Bisley, but her remarks on the Belt and Road Initiative were more muddled:

The Belt and Road Initiative represents the kind of complex issues that will increasingly define the Australia-China relationship. Trying to bracket off the hard political issues from the easy economic ones will no longer work.

Meanwhile, Mark Harrison wrote on the complexity and nuance of Australia's One-China Policy:

For Beijing, any vocabulary that implies that Taiwan is a nation-state in the international system has the potential to be constitutive of a different political reality, one that would ultimately undermine the historical legitimacy of the PRC party-state.

Adapting an episode of his 'The Little Red Podcast', Graeme Smith examined censorship and scholarship in the Xi era:

Accessing the archives is often more crucial than interviews or conferences, and here things are even more worrying. Censorship of the digital archive affects anyone doing historical research on China, or any state with an inclination to airbrush its historical record.

Despite the fact that far-right parties did not do quite as well as was feared in the recent French and Dutch elections, non-mainstream parties with populist characteristics are clearly on the rise in terms of their voting share and parliamentary representation in many European countries. The same might be said of the US and Australia. But whether the rise of populist parties reflects a rise in populist sentiment is less clear.

Populists assert that they represent the general will in a Rousseauian sense. This is ascertained not through any representative process of determining the will of the people. Rather, it is the assertion that a leader knows what 'real people' think. 'Real people' are a homogenous and moral in-group. Elites and out-groups, by contrast, are immoral. That immorality has multiple dimensions including a Canberra or Washington corruption of what the 'real people' need and want. Importantly, pluralism itself can be seen as immoral.

There is always economic opportunity after tragedy. Russia and Iran have ploughed both blood and treasure into Syria and will expect to be rewarded economically.

Digital is a world of risks and rewards for the modern-day journalist, wrote Max Uechtritz:

hen highly trained professionals spend more time talking to their phalanx of producers from a plethora of programs back home than to people on the ground, everyone is the poorer. When correspondents are fed Reuters copy and social media lines to regurgitate and thereby feed the rolling news beast and its insatiable appetite, we all lose – the craft, the audience, the historical record.

In many ways, this is a positive achievement for the small country, reflecting as it does six years of strong economic growth. However, removal from the ODA recipient list will also bring challenges. Once off the list, the Cook Islands can continue to receive assistance, but this would not rank as official ODA from donor countries, nor will it count toward their UN-endorsed ODA target of 0.7% of national income.