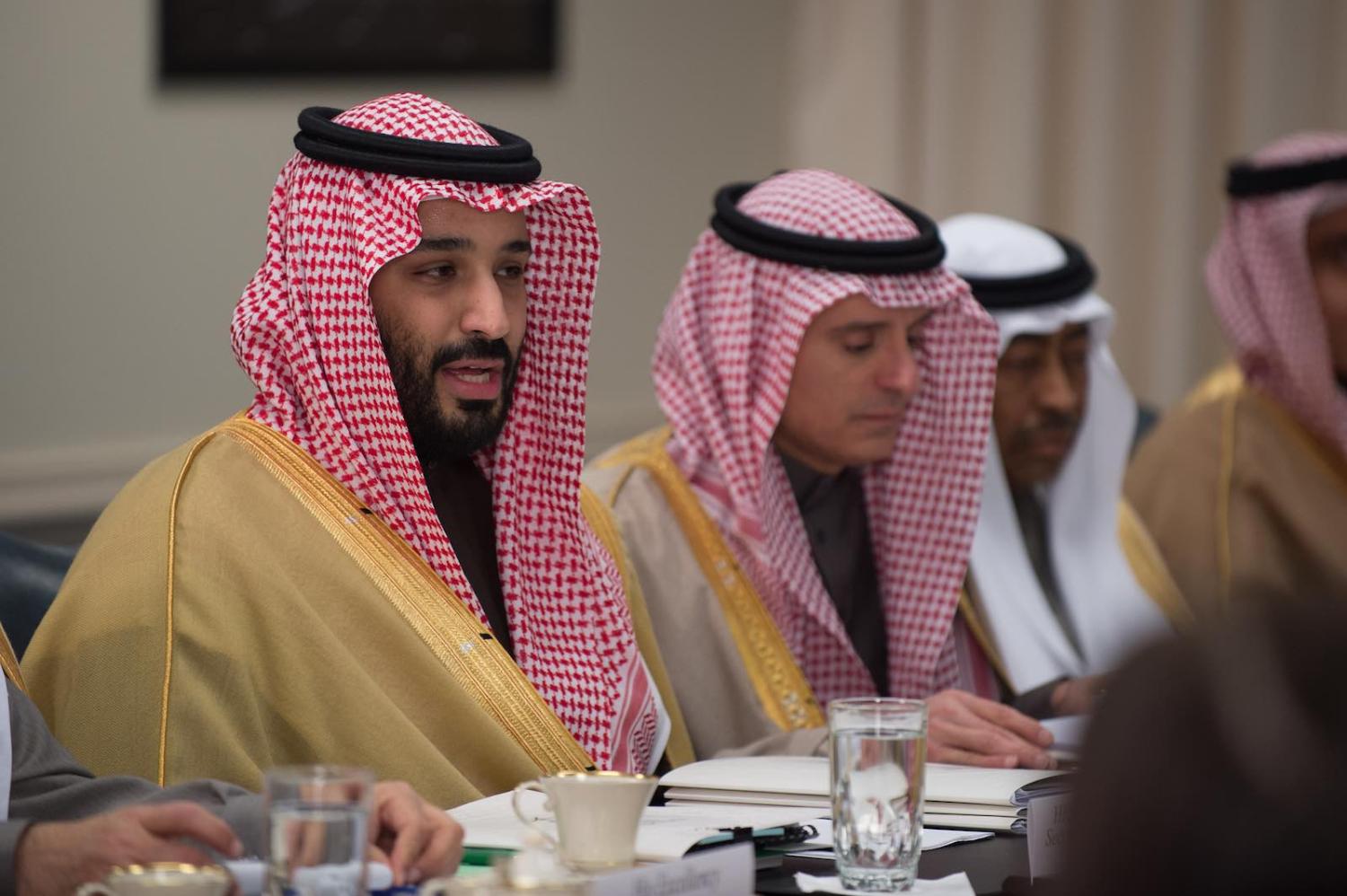 The 13th edition of the Lowy Institute Poll was released this week. The Poll chronicles Australian sentiment on Australian defence and foreign policy settings, major global partners, and global phenomena such as climate change, terrorism and globalisation. As always, the Poll was accompanied by a bevy of media commentary, including a frankly fantastic New York Times illustration of selected poll results by Sam Wallman.

While 2016 was a turbulent year in global politics, Australians in 2017 responded in a pragmatic if somewhat pessimistic way, wrote Alex Oliver and Erin Harris:

While the events of the last year have unsettled Australians, they remain surprisingly positive about global engagement, perhaps because of the continued economic upside offered by China. They have adapted quickly to the new US administration, despite their dislike of Donald Trump. They may trust the United States less, but support for the US alliance remains firm.

The public's attitudes towards asylum seekers travelling to Australia and the prospect of refugees being resettled in Australia reveals an interesting juxtaposition, argued Angela Han:

Taking these two results together suggests that, when it comes to refugee resettlement, Australians are not immune from the NIMBY phenomenon. We think we should lend a hand in an international crisis, yet we are also cautious about hosting large numbers of culturally-different foreigners on our shores.

As always, the number of Australians (and particularly young Australians) that believe either that 'in some circumstances, a non-democratic government can be preferable' or that 'for someone like me, it doesn't matter what kind of government we have' is striking.

But should we be worried about this ambivalence? Sam Roggeveen:

This week Saudia Arabia's King Salman replaced his nephew Mohammed bin Nayef as Crown Prince with his son and current Defence Minister Mohammed bin Salman – Nayef also lost his position as Interior Minister. Anthony Bubalo outlined what to take away from the announcement:

The move itself was not unexpected given that Salman has been concentrating power in his son's hands from the moment he became King in 2015...What is more surprising is the timing. There were few hints that the King was about to make such a dramatic move. Less than a week ago the King stripped MBN of his powers to oversee criminal investigations. This suggested that the gradual process of consolidating MBS's position was continuing. Why strip MBN of some of his power if you are going to remove him from power altogether just a few days later?

Today marks the start of two weeks of national polling for the Papua New Guinea general election. Bal Kama on how the democratic project itself is under review:

Less than 42 years since independence, PNG's democratic project, while debatably healthy, is in need of review.

Jonathan Pryke suggested that Peter O'Neill's return to the prime ministership was a more likely bet than not:

With all the variables at play this is an educated guess, but my money is on O'Neill. Say what you will about his policy track record, he is clearly a master at the game of politics. Whoever comes into power, however, will have urgent challenges to address – first and foremost, the dire state of the economy. As the count takes place and coalition negotiations drag on, the stakes for the new government will only get higher.

In elections across the world, the Democrat John Ossoff went down to Republican Karen Handel in a closely watched special election in Georgia's 6th Congressional District to replace the now-Secretary of Health and Human Services Tom Price. Dougal Robinson on the direct consequences for domestic US politics and the indirect consequences for Australia:

For all the noise about the Russia investigations, Trump’s unpopularity, and his unimpressive legislative record thus far, American voters’ preferences have not changed a great deal since Trump’s inauguration. That matters for Australia: President Trump will be emboldened by the Georgia results, which augurs well for a Republican Party that seems more likely than not to retain both houses of Congress until the next presidential election in 2020.

Military force has no intrinsic value unless accompanied by the political will to apply it. The announcement yesterday implies that Australia has decided it no longer has the political will to apply air power in the fight against ISIS in Syria. This is puzzling, particularly as, in a final twist, it turns out that the RAAF has not conducted any sorties over Syria since February in any case. This makes it all the more baffling as to why the announcement was made in the first place.

Stephen Grenville on Greek debt, a can being kicked down the road once again:

It is almost eight years since the Greek debt crisis began. Now, with Greek GDP 25% lower than at the start of the crisis and nearly one quarter of the work force unemployed, the European creditor countries have once again failed to reschedule the debt in a way that would be sustainable and allow Greece to have the prospect of growing again.

Panama's abandonment of Taiwan in favour of recognising China has sparked speculation over which of Taiwan's dwindling diplomatic partners may be next. But Panama's switch is unlikely to trigger an exodus, argued Fabrizio Bozzato:

The other countries recognising Taiwan are not graced with a similarly strategic global trade artery. Nonetheless, in Taipei they are treated like diplomatic aristocracy. For them, Taiwan is a generous aid provider and attentive development partner, which is presumably going to try even harder to keep them from leaving the fold.

Greg Earl on Japanese Prime Minister Shinzo Abe's domestic political situation, and what it might mean for his broader reform efforts:

On Sunday the voters gave their verdict with an opinion poll showing a sharp 10.9 percentage point decline in support for the government to 44.9%. Two thirds of voters opposed the way the anti-conspiracy law was passed. Even more were concerned about an education funding scandal (with alleged links to Abe) which was a key reason the government wanted to close down the Diet session. Abe has weathered such opinion poll slumps in the past by switching his attention from nationalistic issues to bread and butter economic reforms public, which the voters seem to want him to prioritise.

Is raising the spectre of the Quad and formalising the grouping worth the strategic risks? Greg Raymond:

Will a Quad arrangement increase perceptions among China's leaders that the US is leading an effort to contain China’s rise? Probably, because we know that, historically, China has feared encirclement. Will it strengthen the influence of hawks in the PLA who regard peaceful coexistence with the US and other Asia Pacific great powers as fanciful? Again, probably. Will it increase the overall level of distrust in US-China, Japan-China and India-China relations? This is also likely.

Finally, Aaron Connelly on the US going through the motions in South East Asia, and why the US will soon need to do more than just show up:

The Trump Administration needs to nominate key officials and articulate a strategy for the region that can survive presidential scrutiny. It needs to develop an approach to trade with the region that offers market access in exchange for higher standards, and call it something other than the Trans-Pacific Partnership; and an approach to security in the region that is firm enough to deter Chinese coercion of Southeast Asian governments, but not so firm that it causes the region to recoil from American efforts.

Always known as a fiercely non-aligned leader, Malaysia’s Prime Minister has changed his tune on the Belt and Road.
Peter McCawley 22 Jul 2020 11:00

A nervous watch on the Three Gorges Dam

Extensive flooding is testing one of the world‘s megaprojects – and China’s reputation for high-quality infrastructure.