US Freedom of Navigation Operations, Australia and Europe react to Belt and Road, the future of globalisation, and more. 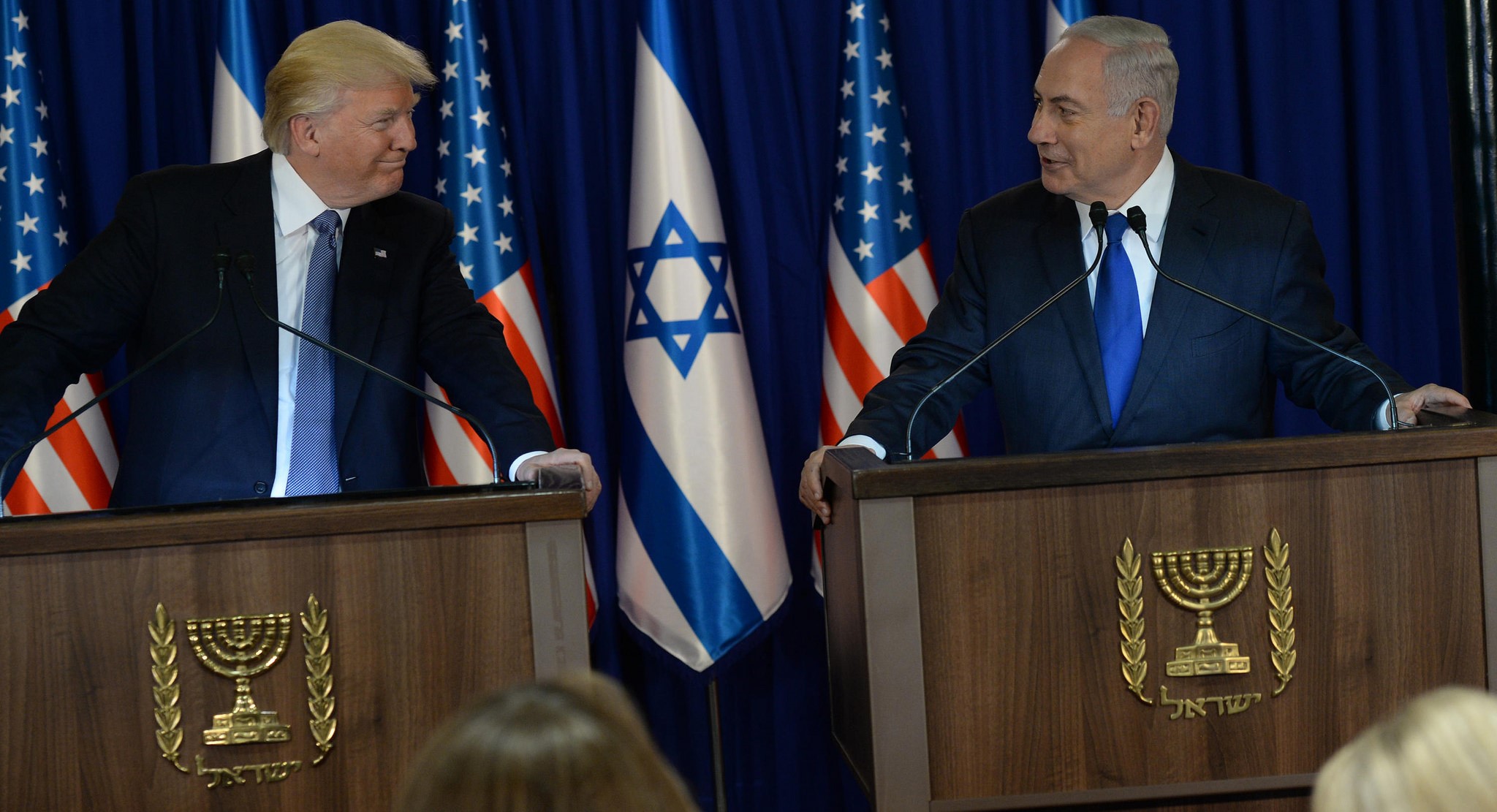 This week, a suicide bomber killed 22 concert-goers (seven of whom were children) outside an Ariana Grande performane at the Manchester Arena. Over a hundred were injured.

How does a liberal democracy impose limits on citizens who may travel to un- or semi-governed spaces in other countries where government writ may not extend, and where there may be legitimate reasons for people to travel?

This week also saw the first US freedom of navigation operation in the South China Sea under President Donald Trump (for more on the history of US FONOPs, check out our interactive charting the history of US maritime challenges since 1991). The selection of Mischief Reef as the site for the FONOP raises the question of what kind of freedom the USS Dewey was exercising, wrote Sam Bateman:

If it was the right of a warship to innocent passage in a territorial sea, then it could be construed as an acceptance of Chinese sovereignty over the feature. But if it was to demonstrate a high seas freedom of navigation past a feature not entitled to a territorial sea, then the operation might have been conducted more aggressively with, for example, the firing of weapons and the launching of the ship’s helicopter (all activities prohibited during innocent passage but acceptable high seas freedoms). This point should be clarified, but the US is unlikely to do so.

In the wake of Trump's visits to Saudi Arabia and Israel, Anthony Bubalo asked what Australia should take from the Trump Administration's apparent pivot back to the Middle East:

A focus on the Middle East does deflect the administration’s focus from Asia where the strategic landscape is shifting in ways that require close attention by the United States. There is always a limit to the attention that a president and principals can give to any one issue, especially one that has many moving parts and involves American blood and treasure. But attention is going to be even more limited in an administration where the president seems easily diverted, especially toward domestic issues, and where much of the administration’s Asia team is not yet even nominated.

Is there an opportunity for the US to capitalise on defrosting ties between Israel and the Gulf states? Kristian Coates Ulrichsen:

A commonality of interest has arisen between Israeli and Gulf policymakers on several of the crucial issues in contemporary Middle East politics.

President Trump’s attack on his NATO colleagues in Brussels this week will again have left Putin cockahoop, and will renew concerns in Europe that he is indeed a Manchurian candidate, and that unless the President can be brought into line with the usual NATO approach to the Russian threat that his Defence Secretary, National Security Advisor and other senior appointees have been voicing reassuringly, US-Europe relations are likely to become seriously strained.

Last Friday Hassan Rouhani was reelected to Iran's presidency – Alice Drury on what this indicates about broader Iranian sentiment:

The contest was in essence a straightforward one: vote for President Rouhani to continue on the path of reengaging with the international community after the nuclear deal; or vote for conservative cleric Ebrahim Raisi, closely aligned with the Supreme Leader and likely to put the brakes on Western investment.

Following last week's Belt and Road Forum in Beijing, James Laurenceson and Elena Collinson argued that the initiative will go ahead with or without Australia, and that the nation should be alert to the opportunities it may present:

Australia can attempt to define the way it engages with the initiative while it is still early days, pushing for, as Foreign Minister Julie Bishop articulated in March, 'the principles of transparency, private sector engagement and ensuring that infrastructure investment leads to strong development outcomes.'

Alternatively, Australia can stick with the current approach – playing a game in which others are writing the rules.

But European leaders have also shown their hesitation over Belt and Road. Phillipe Le Corre:

Although connectivity is both a Chinese and EU concept, it is easy to understand why certain European leaders are reluctant to give China carte blanche to invest in the continent’s infrastructure. At the end of the day, Europe and China have similar aims: preserving jobs; fuelling economic growth; and maintaining social stability. They may not achieve these goals in the same ways.

After being rhetorically cremated, the TPP has made a somewhat surprising comeback, albeit without the US. Mike Callaghan on the prospects for TPP11:

New Zealand Trade Minister Todd McClay said the TPP11 statement was ‘better than we might have hoped for’. Maybe, but it was only the start of saving the TPP. There is a hard road ahead to bring the TPP11 into force. Our best hope is that Japan’s leadership on this issue continues to be impressive.

Ultimately, China's submarine operations in the South Asian littorals portend greater Chinese force projection in the Indian Ocean. This is detrimental to New Delhi's geopolitical influence and strategic leverages in the region. If India does not move to protect its equities, South Asia could soon fall under the sway of Beijing's rapidly expanding maritime power.

Aaron Connelly and Matthew Busch on why it's not all gloomy for Indonesian democracy following the imprisonment of former Jakarta Governor Ahok for blasphemy:

Some journalists have gone further, arguing that Ahok's defeat and imprisonment are not just a solitary victory for the Islamists who demanded his ouster, but an indication that Indonesian Islam is increasingly intolerant, that its democracy is moving in a fundamentally illiberal direction, and that a well-funded coalition of Islamists and populists will ride the wave of these changes to victory in the next presidential election in 2019.

But there are also reasons to believe that these analysts have overstated the broader implications of the verdict, and that Indonesia will revert to form.

Reflecting a somewhat hopeful national mood after impeaching a corrupt administration, public opinion in South Korea is looking favourable for Moon in these early days of his administration. However, his ability to shape events is already being tested by Pyongyang, which can be relied upon to exploit friction points between Seoul, its currently unpredictable ally America, and an increasingly assertive China. Managing these overlapping problems on top of the immediate security challenge posed by North Korea will quickly test the dynamism of Seoul's new President and his administration.

This policy lacuna is likely to be tested further over coming months, when US President Donald Trump's tax reforms may bring US capital back onshore and the US Federal Reserve begins to unwind its bloated balance sheet resulting from quantitative easing.

The textbook answer is to absorb the inflows by letting the exchange rate rise. Policy-makers in emerging economies, however, find this an unappealing response.

In the late 1970s, when deciding how to respond to asylum seekers arriving by boat, the then departments of Immigration, Foreign Affairs, and Prime Minister & Cabinet noted that as a party to the Refugee Convention and Protocol, and as 'a humane government respecting human rights', Australia had a commitment to provide 'sanctuary to genuine refugees within its territory', and an obligation 'not to forcibly return those genuine refugees to the country from which they have fled'.

And finally, J Michael Cole on the performance of the Tsai government in Taiwan, one year into Tsai Ing-wen's presidency:

All in all, the Tsai Administration has passed the foreign policy test in its first year: relations with Beijing, though chilly, have not descended into outright conflict and Taipei has given China little incentive to escalate. The relationship with the US, though marked by uncertainty due to Trump’s erratic beginning, remains stable, and here again the Tsai administration hasn’t given the White House any reason to reprimand it. Finally, the Tsai government has taken some promising steps to reach out to the rest of the international community, though so far this will likely be insufficient to ensure momentum within a coalition of like-minded countries that can translate into concrete benefits for Taiwan.