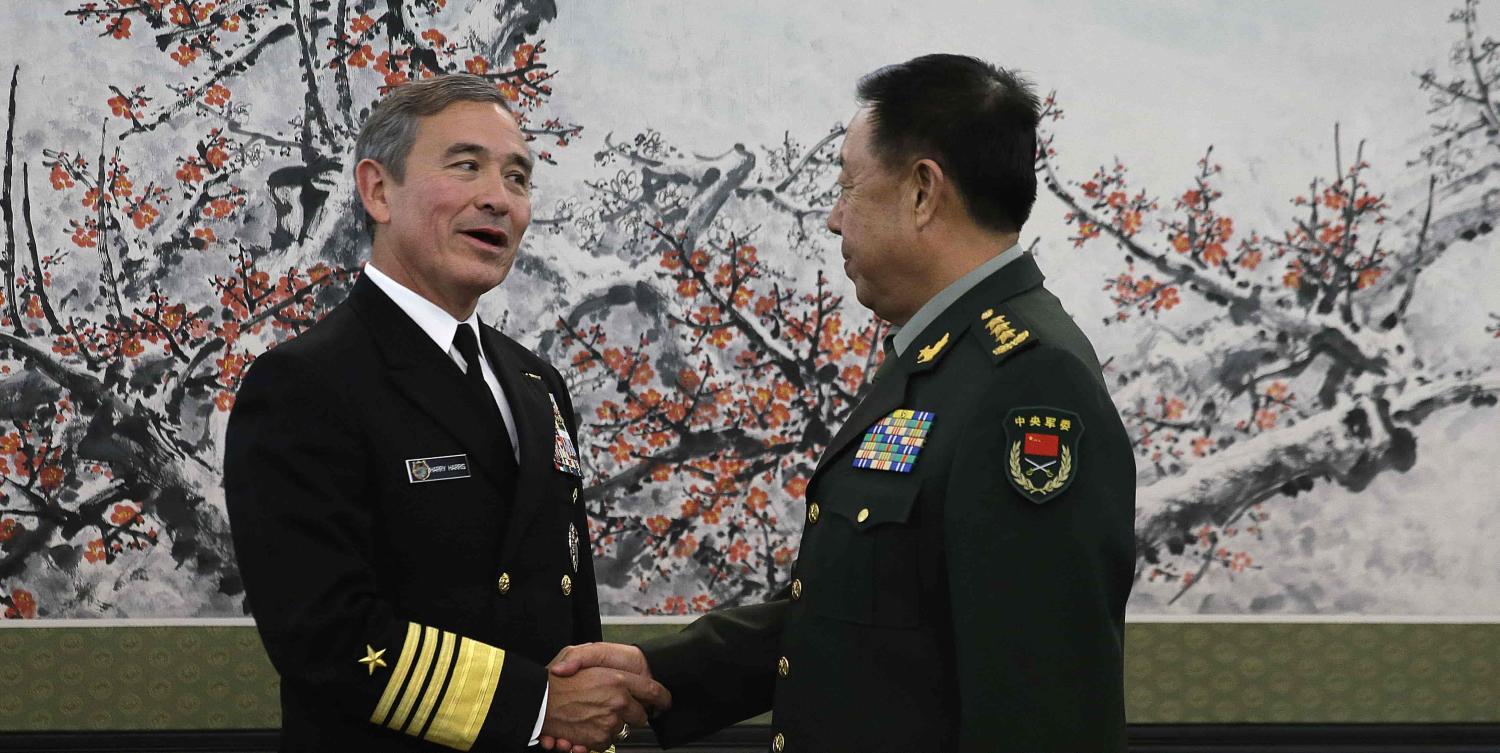 Sarah Logan argues fifth-generation wireless systems (5G) are part of a growing technological arms race between the US and China:

5G will involve more than just telecom services. Because of the data speeds it allows, 5G will facilitate access to and control over forms of national infrastructure that develop from those speeds. Control over the technology and the infrastructure behind it, therefore, is a national security matter in the way 4G has not been.

The deepening of US–Australian ties which has occurred over the last three decades has come at a time when the US has dispatched to Australia a suite of close presidential friends or generous campaign donors. Is there, then, any evidence to suggest that having a Charge D’Affaires continue in the position, or, eventually, another lower-level American ambassador here, will do grievous bodily harm to the alliance? The proposition is doubtful.

Beijing is not yet ready to pull the trigger on sanctions against Australia, for a number of reasons. For starters, Beijing has a bigger adversary to handle at the moment, in Donald Trump. When it is seeking to portray itself as the reasonable party in a nasty dispute with its superpower rival, Beijing doubtless does not want a big fight on another front with Australia.

Silent Invasion attempts to identify the strategy and tactics of China’s long-standing united front work in Australia today. In so doing, Hamilton offers many details and insights of pressing relevance to the national debate. Unfortunately, the books reads like a hurried draft report from the front line of opposition. In pressing home the point about clandestine Chinese activities, however, Silent Invasion too often makes its case by disparaging the majority of people who have dealings with China.

Following a prolonged insurgency in the city, focus in the southern Philippines has turned to the rebuilding of Marawi. Malcolm Cook:

Rebuilding Marawi, and balancing the contradictory urges for speed and top-down planning with concern in the community and demands for local control, will be a much bigger challenge. Unlike those in Tacloban City, many Marawi residents and evacuees blame the Philippine state, particularly the Armed Forces of the Philippines, for the destruction of their homes and much of the city during the five-month siege in 2017.

If Colton’s piece has a weakness overall, it is the absence of a sense of Pacific island countries as active players in future regional security arrangements.

Prominent commentators across Asia have been seeing a flood of Twitter bots follow their accounts in recent months. Vivienne Chow:

Are my tweets considered politically sensitive in the eyes of some people? Have I landed myself on a China watch list? These bots coming from Taiwan and mainland China, what do they want from me? Are they owned by the same group of people? Am I putting myself at risk simply by tweeting my stories and honest opinion?

Facebook estimates that 748 Indonesian accounts hosted a personality quiz that was used to collect their data, as well as that of all their Facebook friends, representing a whopping 1,096,666 users. This data was then sold to Cambridge Analytica for apparent use in targeted political campaigns. The responses from Indonesian politicians have been much stronger than elsewhere in the world.

Kristian McGuire gives a rundown of the history of US President Donald Trump’s engagement with North Korean issues, and examines the risks he runs by anointing himself negotiator-in-chief:

There are plenty of reasons to be concerned about the Trump administration’s preparedness for the planned summit with Kim Jong-un. A president with little foreign policy experience pursuing an unorthodox style of diplomacy with a hollowed-out State Department and minimal preparation time is an inherently risky endeavour. But Trump’s decision to take a chance on diplomacy while maintaining pressure on the Kim regime may have been his least risky option.

North Korea has declared it no longer needed to conduct nuclear or intercontinental ballistic missile tests because it had reached its capability goals. Morris Jones:

The political implications are profound, yet the decision is also influenced by practical developments. Technical factors relating to both missile and nuclear devices suggest that North Korea has not sacrificed as much as many suspect.

Late last year a debate cropped up in Australia about the wisdom of acquiring a ballistic missile defence system. Peter Layton:

Intercepting ballistic missiles may sound like science fiction, but the threat is already present across large parts of Southeast Asia. China could make such a threat real to northern Australia within a couple of weeks. China’s new islands and latest missiles have changed our regional strategic balance.

Wednesday was Anzac Day, which commemorates Australians and New Zealanders who served in war. Rodger Shanahan:

Tangible connections to both past Anzacs and present veterans are disappearing, and those that remain are found among a narrower cross section of society. This makes it even more important not to lose sight of what my uncle thought Anzac Day was about: commemorating common endeavour and looking after his own small ex-battalion community.

A Balochistan independence group has ordered Beijing to quit its interests in the region … to no effect.
Khang Vu 6 Oct 2021 12:30

The vague North Korea policy from the White House has left all parties unsure what the United States hopes to achieve.
Greg Earl 25 Feb 2021 15:30