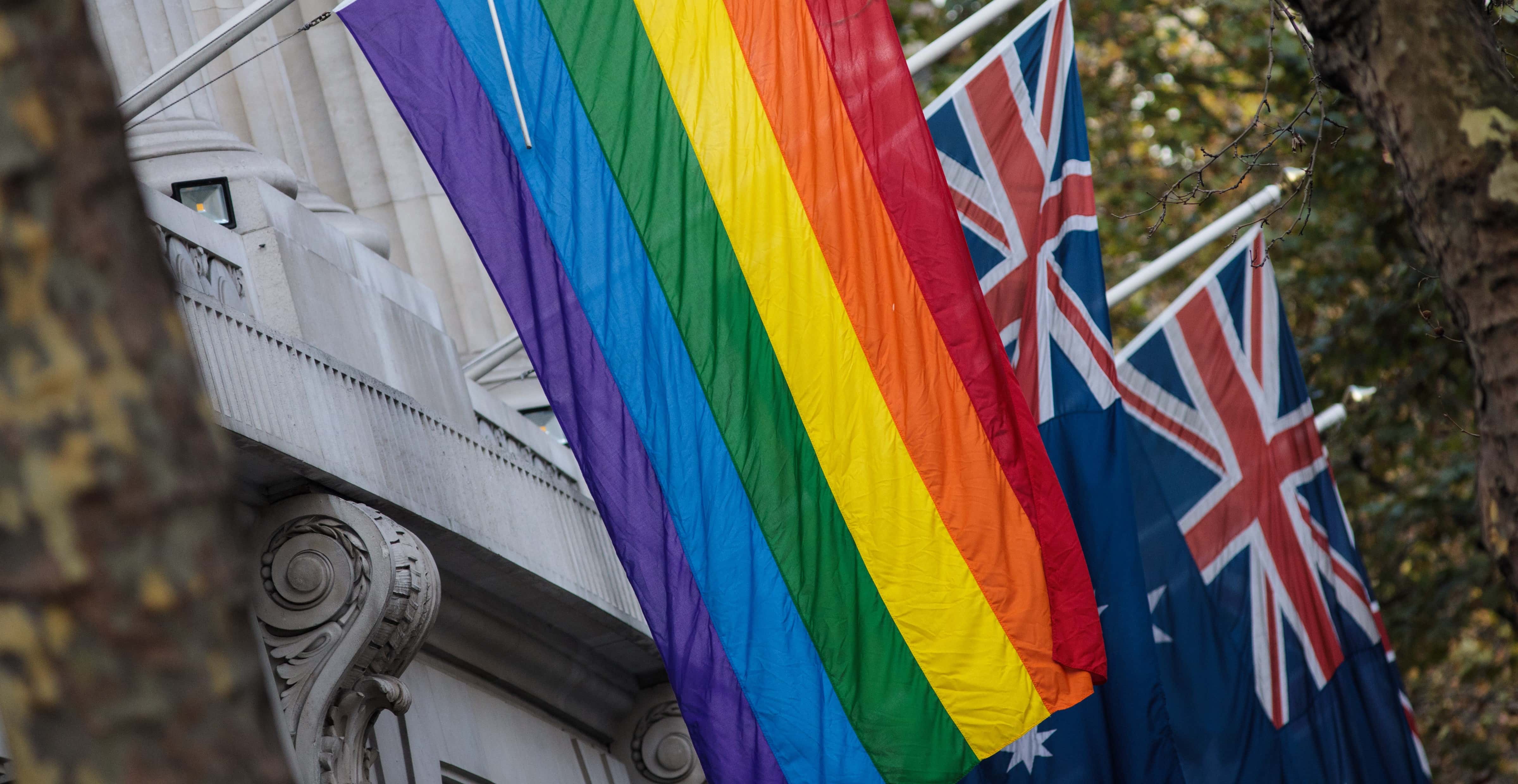 This week the Australian Bureau of Statistics delivered the news that 61.6% of Australian respondents to a postal survey agreed that marriage rights should be extended to same-sex couples. For once, wrote Alex Oliver, the pollsters got it right:

People responding to newspaper polls during the voting period might be wary of admitting they had responded ‘no’. One team of university researchers used data analytics to predict a narrow ‘no’ result, despite the mainstream news outlet surveys indicating the opposite.

However, external polling done throughout the survey by various organisations fairly accurately predicted both the result and the turnout.

In a podcast for The Interpreter, Michael Fullilove, Sam Roggeveen and Bonnie Bley spoke on the result, and what it means for Australia's image abroad:

The experience of Ireland, which legalised same-sex marriage after a popular vote in 2015, might hold some lessons for Australia, wrote former Australian Ambassador to Dublin Ruth Adler:

Australia's path to implementing the Yes vote lacks the same political agreement. But the government can point to the experience in Ireland to soothe the inevitable challenges and remind the public that the hens still lay eggs.

This week also marked ten years since the release of Coral Bell's seminal Lowy Institute Paper The End of the Vasco da Gama Era: The Next landscape of World Politics, which foresaw the rise of a global multipolarity. Brendan Taylor, head of the ANU's Coral Bell School of Asia Pacific Affairs, examined just how prescient Bell's work has proven:

While Bell's work was undoubtedly influential, Ian Hall argued that its promotion of the 'concert of powers' approach as the best way to manage international relations was misguided, both in general and from a specifically Australian perspective:

The End of the Vasco da Gama Era is vintage Coral Bell: bold and trenchant, with plenty on which both academics and policymakers might chew. Criticising it – especially with the benefit of hindsight – seems churlish. But it is necessary, I think, because it promotes a deeply problematic idea that still lurks in Australian strategic thought: the notion that a ‘concert of powers’ is the best way to manage contemporary international relations.

Last weekend Canadian Prime Minister Justin Trudeau was a no-show for the initial signing of the TPP11 – Mike Callaghan on Canada's surprising move:

The strong expectation of the leaders of many countries involved in the Trans-Pacific Partnership, including Prime Minister Malcolm Turnbull, was that an agreement would be concluded in the margins of the APEC Summit at the weekend in Vietnam. This was to be a significant achievement given the TPP was widely proclaimed as dead when Donald Trump withdrew the US from the deal in January 2017. But Canada spoilt the party.

But despite this wrinkle, Asia has come up trumps this summit season, argued Greg Earl:

Asia has come through this annual stock take on regionalisation in a better state than its two more economically integrated global peers -  Europe and North America. Formal commitment to a regional wide trade and investment zone remains embedded in the region’s diplomatic architecture despite the bilateral America First rhetoric of the Trump Administration, the increasingly acrimonious Brexit alternative and the potential bust up in the North America Free Trade Agreement

Erin Cook on ASEAN's choosiness and hopes for its future:

The consensus all year has appeared to be that change needs to come to the charter, and quick, or we may as well hang up our matching national dress and fumbling group handshakes. This is a ruthlessly myopic ideal of what ASEAN should be. We need to make room for the wins it has achieved and the potential it has for the next 50 years.

China's diplomats can sit back, well happy that, whatever it may mean for Making America Great Again, the November 2017 visit contributed handsomely to their priority: Making China even greater..

How should Australian policymakers deal with China's rise? Peter Layton outlines the three main schools of thought – and why each has similar problems:

China looms large today not just as a potential threat but as a close economic partner. None of the approaches reconcile the tension between economics and defence. You cannot avoid the inconvenient fact that funding the future ADF relies on good economic growth, and to a considerable extent this relies on China.

Graeme Smith spoke with Sampson Wong and Badiucao on the role of Chinese art and satire in resisting the Chinese Communist Party, and how artists have adapted to a digital era:

Every image, I am thinking how can it survive inside the Great Firewall? Sometimes the most simple image is more effective. An image which is really simple, you don't even need face or body features. With this work people can pass it round, print it out, mimic the drawing by themselves. That way it goes around the censorship system.

Pre-emptive self-censoring in the face of 'potential threats to the book and the company from possible action by Beijing' demonstrate China's ability to influence without acting, wrote Merriden Varrall:

But we know that China wants to increase its influence, and we know what shape that influence takes, and we have (if our media and political commentary is anything to go by) a strong commitment to resist any erosion to our values and norms. Surely we don't need to pre-emptively self-censor?

Australia's commitment to fund a telecommunications cable between Australia and Papua New Guinea is a welcome sign for everyone except Huawei's Pacific branch, argued Jonathan Pryke:

Almost every major business is reliant in some way on the internet to connect into the global economy, making reliable and affordable internet access no longer a luxury but a basic requirement. Despite its importance, internet access in Papua New Guinea and Solomon Islands is prohibitively expensive, the most expensive in the Pacific region and indeed the world.

Finally, I wrote on what was likely behind WikiLeaks' Julian Assange enquiring with Donald Trump Jr about a potential endorsement to be Australia's representative in Washington:

While the notion of Trump endorsing Assange as Australia's Ambassador is absurd, it's only somewhat more absurd than Trump floating Brexit supremo Nigel Farage as the UK's Ambassador via Twitter – which actually happened.