Elections across the world, what Australian businesses want from Australia's foreign policy, and more. 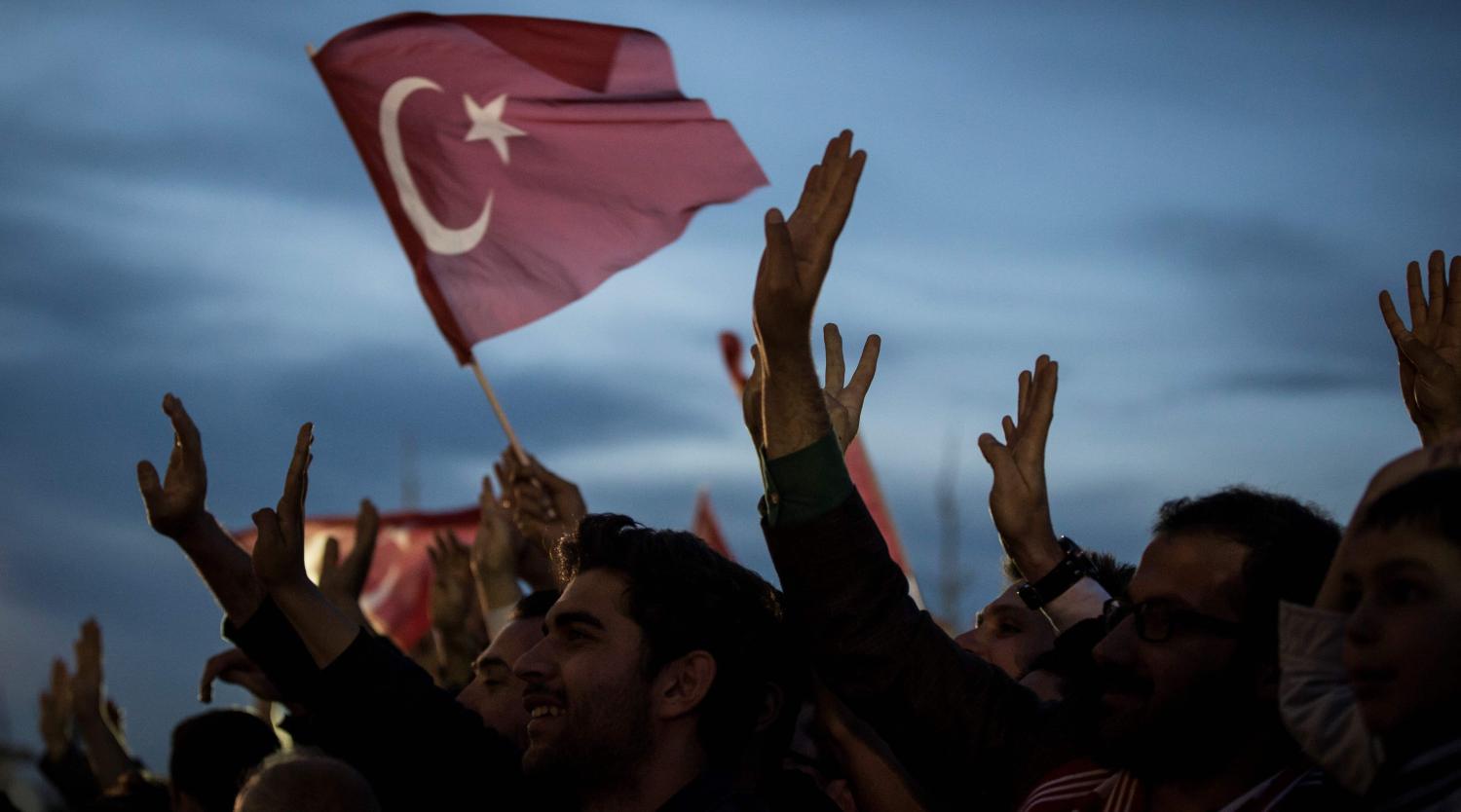 The UK will go to the polls on 8 June after Prime Minister Theresa May got parliamentary support for an early election (the third nationwide vote in three years, not counting the Scottish-only independence referendum of 2014).

It’s hard to see how this could go badly for May, former Australian High Commissioner to the UK Mike Rann argued:

The election on 8 June will not be all plain sailing for May, given her previous adamant opposition to a snap poll. There is public cynicism and clear voter fatigue following a general election, a referendum and now a third nationwide vote, all held within two years. But the auguries could not be better for May to smash a divided Labour and put Tory troglodytes back in their cave.

A positive result for May would put steel in British negotiations with the EU over the nature of the UK’s exit, wrote Telegraph columnist Simon Heffer:

If the Conservatives are returned with a large majority, EU negotiators will know there is a limit to how far they can push Britain on matters such as the European single market and freedom of movement. Until the election was called, there was a sense that divisions among parliamentarians might enable the EU to be unyielding in any deal offered to Britain. If it knows the UK government has strong public support, the most likely victim of any hardline policy would be the EU itself.

But a big conservative showing will bring problems of its own for May, noted Derry Hogue:

If the polls turn out to be accurate this time then she will face the problem all successful leaders have in a parliamentary system, namely a huge backbench with not much to do but hatch plots and possibly provide no more stability than she has now. May might even have to deal with an increase in the number of hardline Brexit MPs joining her at Westminster.

Last weekend Turkish President Recep Erdogan was successful in a national referendum that will see the prime ministership scrapped and a suite of executive powers bestowed on the presidency. Despite the spectacle, Turkish democracy has really been dead for some time, argued Lauren Williams:

As historic and significant as this vote sounds, in reality it changes little both domestically and from a foreign policy perspective. Erdogan has so severely eroded Turkey’s democracy for so long now that this latest step merely gives him greater freedom to pursue his illiberal course without any change in the immediate trajectory.

And in Jakarta, the incumbent Governor Ahok was defeated by former Education Minister Anies Baswedan. Erin Cook on what this means for politics in Indonesia:

The hardline Muslim population will be reinvigorated by this result - after all, if a candidate hanging around 11% can go on to win an election after meeting with firebrand clerics, which savvy political operator would not seek to replicate that tactic? Regardless of who eventually nominates against Jokowi in 2019, the campaign is set to export divisive unrest from Jakarta to the rest of the country.

Next month, Iranians will go to the polls for presidential elections. Dina Esfandiary on the ride awaiting the incumbent Hassan Rouhani:

On 19 May, Iranians will go to the polls to elect their next President. President Hassan Rouhani seems to be on his way to a victory, but not an easy one. Although popular discontent has risen over his inability to deliver on his promises, the disarray within the hard-line camp means no one poses a major threat to the sitting president.

Closer to Australia, Prime Minister Malcolm Turnbull and Immigration Minister Peter Dutton announced the planned abolition and replacement of the ‘457’ working visa. All Australia had to do was hold the policy line, argued Henry Sherrell:

Instead of grasping the opportunity presented by anti-migrant sentiment across the developed world, the Turnbull Government yesterday decided to join the party. And while the talking points and headlines will likely be greeted with satisfaction in some pivotal marginal seats, the rhetoric and policy decisions will undermine Australian immigration, our greatest nation-building institution, with unknown costs for our future.

Emma-Kaye Symons railed against the Le Pen infatuation creeping into some commentariat circles:

Western conservatives and free-market liberals appear to be losing their ideological and moral bearings when it comes to French politics in this dramatic election year.

Japan has indicated it will now support a US-less Trans-Pacific Partnership, after previously backing away from such an arrangement. Mike Callaghan on what to make of this development:

One of the main difficulties in pursuing the TPP without US participation is that signatories wouldn't get the benefit of access to the large US market. A number of countries, particularly Japan and Vietnam, agreed to some significant and controversial changes to their domestic policies as part of the TPP negotiations, but the trade-off was that their exporters would gain improved access to the US market.

Bobo Lo responded to several Interpreter critiques of his Lowy Institute Paper A Wary Embrace, which examined the status of the China-Russia relationship:

In their excellent responses to my Lowy Institute Paper, A Wary Embrace, Kyle Wilson, Peter Rutland, Alexander Gabuev, and Marcin Kaczmarski raise a number of interesting points. I will frame my response around several broad themes: benchmarks for judging progress in the Sino-Russian partnership; the issue of asymmetry; authoritarianism in China and Russia; tensions in the relationship; the foreign policy agendas of Beijing and Moscow; and the implications for Western interests and the liberal world order.

Later in the week, Stephen Blank added his analysis of Bobo Lo’s paper:

Therefore, for all its brilliance this essay remains, so to speak, impaled on the common belief in what German historians used to call Primat Der Aussenpolitik ('the primacy of foreign policy'). The result is brilliant, but incomplete.

On North Korean negotiations, don’t miss the text for all the subtext, warned Sam Roggeveen:

Yes, it's important to parse the hidden meaning behind which missiles were displayed, and which were fired. The timing of the missile launch, for instance, was surely no accident, given the visit of US Vice-President Mike Pence to South Korea. But sometimes a missile test is just a missile test, a method for developing and perfecting the ability to launch a warhead against an adversary. And that's ultimately what North Korea wants.

The absence of CVE program evaluations is reminiscent of the situation over a decade ago for community-based obesity prevention programs. The problem was addressed to some extent by requiring those obesity programs to have an evaluation framework that could yield evidence on their effectiveness, with funding for evaluation built into the prevention program. A similar approach is urgently needed for CVE programs in Australia.

Finally, Greg Earl had a look at what Australia’s business lobbyists want from Australian foreign policy, via their submissions to the White Paper:

The calls for a strong domestic economy (read: a lower corporate tax rate and less regulation) to be the basis of a strong export economy might seem like the usual boilerplate. But dig deeper and it's apparent that corporate lobbyists have produced an eclectic mix of ideas that don't necessarily provide easy answers for the White Paper team to take up the 2014 pitch.

Bernie Sanders and Joe Biden have both won short-lived momentum in the race to be a candidate and take on Donald Trump.