Why Jakarta called in Australia’s ambassador after Christchurch

With an Indonesian among the dead, some local politiking has mixed with sadness following the mosque attacks. 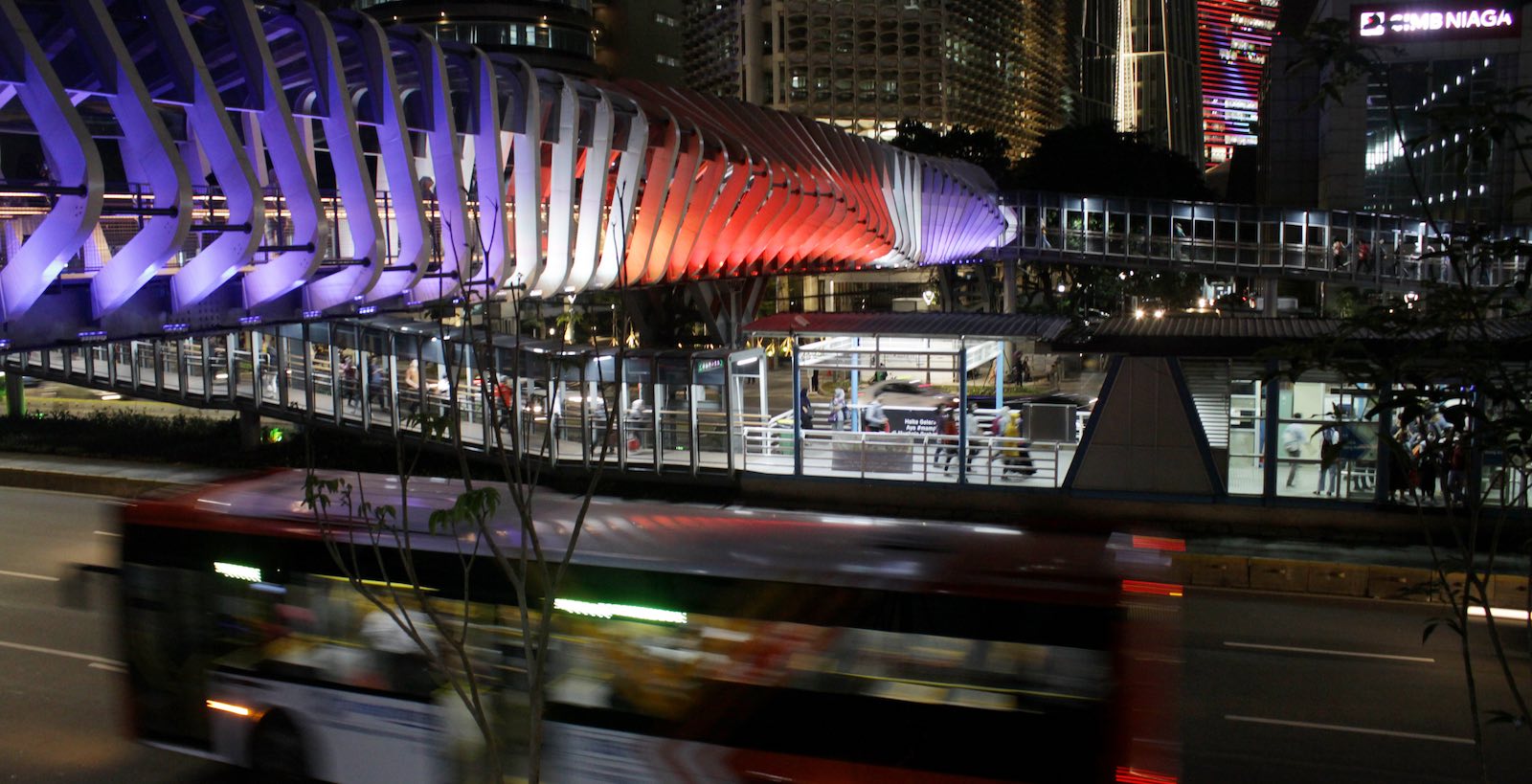 A pedestrian bridge in Jakarta lit with the colours of the New Zealand flag in sympathy for the victims in Christchurch (Photo: Aditya Irawan via Getty)
Published 19 Mar 2019 15:30   0 Comments       Follow @benjaminbland

A murderous terrorist attack by an Australian white supremacist on two mosques in New Zealand does not, at first sight, look like a bilateral issue for Jakarta and Canberra.

But Retno Marsudi, Indonesia’s Foreign Minister, called in Gary Quinlan, the Australian ambassador in Jakarta, on Monday to condemn comments by Fraser Anning, the far-right Senator who blamed the Christchurch attack on Muslim immigration and the “violent ideology” of Islam.

The ambassador, who had earlier described Anning’s remarks “disgusting” in an Indonesian language tweet, reiterated that the Senator’s position did not reflect that of the Australian government or people. Quinlan also visited Istiqlal, Jakarta’s biggest mosque, in a public display of solidarity.

The Indonesian foreign ministry does, of course, understand, that Anning is not part of the government and is free to speak his mind in Australia, however loathsome his views.

So why did Marsudi call in the Australian ambassador?

Part of the problem was that Anning’s statement, featuring the Commonwealth coat of arms, was circulated widely on social media in Indonesia, which is the world’s most populous Muslim-majority nation. Because of the coat of arms, many people wondered if this was an official Australian government position, at a time when they were already very upset about the fact that their community had been targeted.

One Indonesian was among the 50 killed, and two others were injured, when a gunman opened fire during Friday prayers last week.

The fact that the alleged attacker is an Australian played in to fears in Indonesia, and among Muslims worldwide, that Islamophobia is rising in Australia and the Western world.

The fact that the alleged attacker is an Australian played in to fears in Indonesia, and among Muslims worldwide, that Islamophobia is rising in Australia and the Western world.

There is not a great understanding in Indonesia about how much Australia has morphed over the last few decades into a diverse, multicultural society. (Nor, to be fair, do most Australians understand how Indonesia has become a democracy over the last 20 years, as the Lowy Institute poll consistently shows.)

The New Zealand mosque attacks also came at a time of rising religiosity and heightened political sensitivity about religion in Indonesia. Ahead of presidential and legislative elections on 17 April, supporters of both President Joko Widodo and challenger Prabowo Subianto have been attacking the other side for not being sufficiently Islamic or doing enough to protect Muslims.

So it was not a surprise to see Charles Honoris, a lawmaker from the President’s party, PDI-P, call for the government to ban Anning from entering Indonesia.

Some politicking aside, the debate in Indonesia about Christchurch, and the Australian connections, has been measured, if tinged with sadness.

Having suffered plenty of terrorist attacks as a country itself, the Indonesian authorities understand that it is not easy to balance the protection of free speech with curbs on inciting hatred, and that it can be very hard to track extremists who are below the radar, let alone predict if and when they will turn violent.

Show Comments
Previous Article
Not one, but two new points of tension for France in the Pacific
Next Article
Responding to China’s not-so-secret influence campaign