The battle for Southeast Asia's soul

In the matter of China’s growing sphere of influence, there are no easy paths. The South China Sea dispute may be newsworthy but is only a subset of a much larger fray. 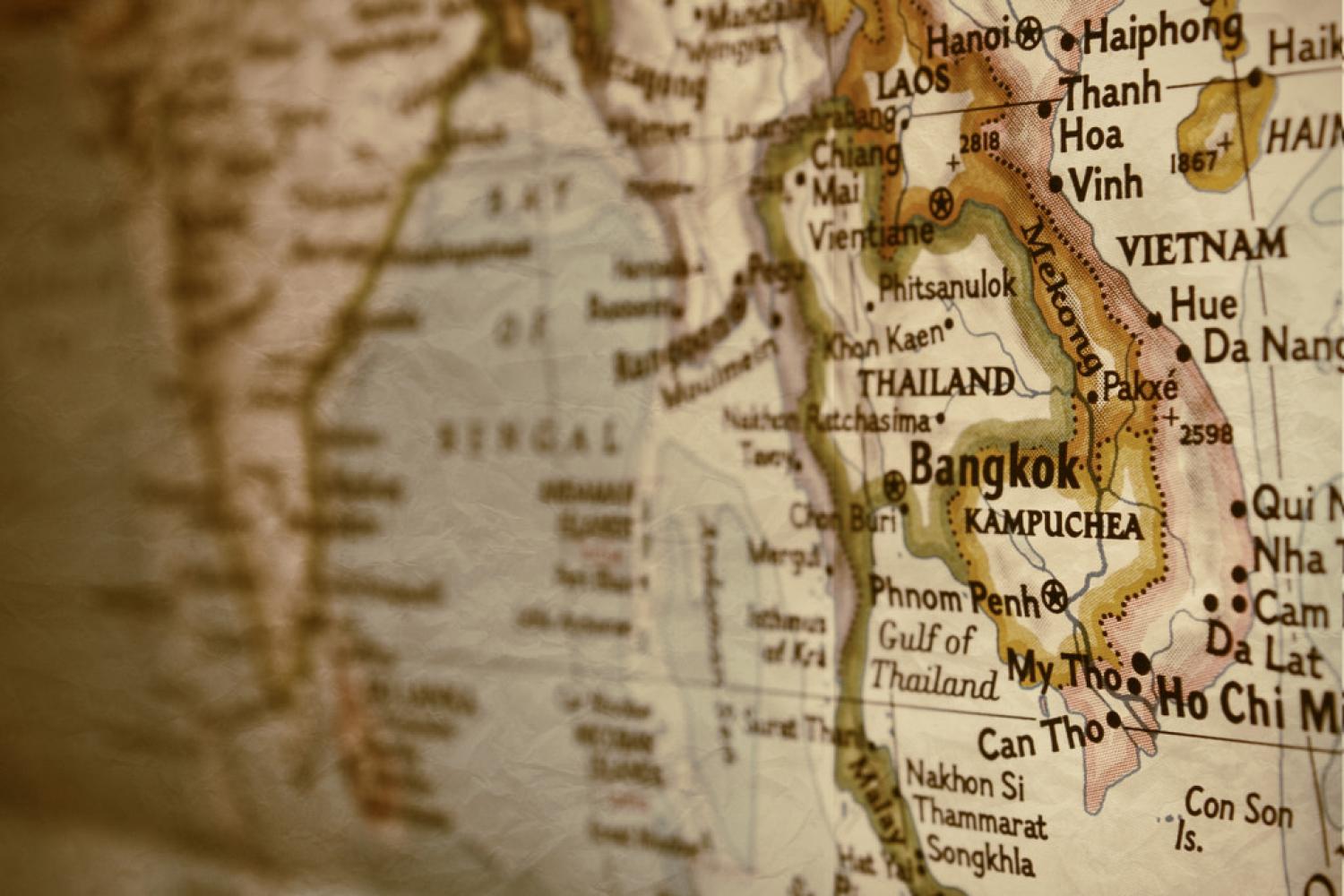 Media headlines are stolen by talk of China’s island building in the South China Sea and whether Australia should join in Freedom of Navigation operations with the US Navy. But in truth this is a sideshow to a much larger ‘battle’ underway: not a clash of opposing armies but the gradual extension of China’s sphere of influence into Southeast Asia. Should Australia try to resist the Chinese thrust, take advantage of it or seek to modify it in some manner?

Domestically, a sphere of influence would help prevent regional countries acting as ‘colour revolution’ conduits through which counter-Chinese Communist Party activities might gain access. The Party's big fear is political instability; there are advantages in ensuring adjoining states cannot export dangerous ideas into China. Moreover, the Party’s standing in Chinese society would be enhanced by gaining regional deference towards Beijing. This is implicit in President Xi Jinping’s 'China dream' of a restored, rejuvenated Chinese super-state.

China is steadily gaining a sphere of influence by taking a broad approach to its relations across Southeast Asia. China stresses that issues between it and other regional states should be managed bilaterally, not multilaterally. A bilateral approach allows China to make the greatest use of its power and allows the smaller state to be split off from others and isolated. This is reinforced through China’s use of strategic comprehensive partnerships that engage another state across a broad front, allowing various domestic factions to be liberally supported when they support China, or disparaged if they do not. The flag follows trade, with the aim being to create and sustain like-minded governments.

This process can be seen across South East Asia. In Cambodia, China is now the largest source of foreign direct investment by far. Chinese firms run garment and food-processing factories and are heavily involved in construction, mining, infrastructure, hydropower and agriculture. In 2016, Chinese companies provided around 80% of all power generated in Cambodia. China is deeply involved in building a new deep-water port. In the military domain, Cambodia has now suspended training with US and Australian militaries, with Cambodian General Socheat noting: 'I wish to state that every exercise is (now) under the sponsorship of China.' Even the small Seabees unit of some 20 US Navy civil engineers that has undertaken aid projects for more than a decade has been expelled. Beyond being able to push the US away, China also gains a proxy within ASEAN that echoes China’s position. Days before a critical ASEAN vote on the South China Sea dispute, China provided US$600 million in aid to the Cambodian government.

In the Philippines, President Duterte's shift towards China was quickly rewarded with some US$24 billion in investment, loans and financing agreements. These included US$5 billion for transport and infrastructure projects, US$1 billion for a hydropower plant, US$700 million for a steel plant, and US$780 million for a port development project in Davao City, where Duterte has lived for much of his life. The Chinese funding is expected to generate some 2.6 million jobs. In the military domain, China has offered the Philippines credit worth US$500 million to procure Chinese-made military products. Under an initial part of the aid package, China agreed to provide the Philippines with US$14.4 million to support the acquisition of 'small arms, speed boats, or night-vision goggles.'

In Malaysia, China is the country’s largest trading partner, recently becoming the largest source of property investment. Alibaba is now setting up a major regional logistics hub in Malaysia with China deeply involved in building a large-scale transshipment deep-sea port in Melaka, seen by some as being in direct competition to Singapore, a country China seems set on punishing for taking an unhelpful stance on South China Sea matters. Malaysia is now purchasing four Chinese naval vessels. Politically, Chinese support in helping address the vexatious 1Malaysia Development Berhad (1MDB) matter in 2015, and then in providing deals worth some US$46.5 billion during Prime Minister Najib Razak's visit in late 2016, buttressed the Malaysian government’s electoral support.

Across ASEAN, the overall effect is to gradually change regional political life. Chinese financial support encourages a shift towards more authoritarian governments through providing new sources of patronage. Governments can entrench their position by rewarding supporters and binding them to the incumbent regime while making democratic processes and electoral support markedly less important. Thailand, Cambodia and the Philippines have moved towards strongman, semi-authoritarian governments without suffering evident penalties. On the other hand, having a Western orientation seems to have bought problems for pre-Duterte Philippines and now Singapore, and perhaps is not worth the trouble. Moreover, growing Chinese economic and business influence has driven regional media outlets and academia to be careful in voicing criticisms. Here the shift has been more towards turning a blind eye to Chinese activities rather than actively supporting Chinese positions.

The future seems obvious: Southeast Asia is steadily becoming part of China’s sphere of influence. This process may be accelerated in the Trump era, as the Administration seems so far to have little interest in the region. As US power recedes, China appears ready to fill the gap. For Australia, Southeast Asia falling within China’s sphere of influence would be a strategic catastrophe. Australia would be on the perimeter of Chinese power; it would be exposed, more isolated and vulnerable to coercion and intimidation.

What should Australia do? Four options present themselves.

Firstly, Australia could resist. It could work to enhance the resilience of ASEAN states diplomatically, economically, militarily and politically, matching China’s broad-based approach. The way to achieve this would be through strengthening relationships so regional states have viable alternatives to China. There is a role here for Australia to encourage external powers like India, Japan and the EU to deepen their linkages with the region and to support the eventual implementation of the stalled Trans Pacific Partnership. Militarily, Australia already has the Five-Power Defence Arrangement to potentially act as a foundation for deeper regional defence cooperation. Politically, Foreign Minister Bishop has already staked out a useful position by stating that 'an essential pillar of our preferred order is democratic community.' There needs to be greater pushback against a slow acceptance of regional authoritarianism.

The second option for Australia and the obvious alternative to resistance is acceptance. Indeed, Australia could take advantage, selling our acquiescence for a good economic deal. This may have deep long-term implications though, including to our political system.

Australia's third option is to seek a middle ground between resistance and acceptance. We could try to modify China’s sphere of influence to be more agreeable to us, though as Stephen Fitzgerald noted recently, this 'can only be done if we are close enough to have voice and influence in Beijing.' We would need to ramp up our diplomacy significantly and may still fail. Hugh White offers a similar but subtly different perspective in arguing that we should make agreements with Beijing now about the limits of its regional influence. Conceding a constrained Chinese sphere of influence now would be better than a more extensive Chinese sphere of influence later.

Lastly, Australia could hide. We could ignore the matter, leave Southeast Asia to its own devices, declare neutrality and embrace an isolationist stance. The aim would be to do our best to avoid regional struggles and conflicts, embracing fence-sitting if pushed, and generally adopt a low profile.

In the matter of China’s growing sphere of influence, there are no easy paths. The South China Sea dispute may be newsworthy but is only a subset of a much larger fray. We need to focus on the real battle.

Peter Layton
Previous Article
How Trump may have helped the climate cause
Next Article
Digital Asia links: Vietnamese hackers, Chinese tech firms in Israel, censorship in Southeast Asia and more

From “beyond compromise” to “just a piece of paper” – the Philippine president jettisons the West Philippine Sea claim.
David Walton, Akimoto Daisuke 11 Nov 2020 06:00

Fear within Tokyo circles that the US will become “too soft” on China missed the nuance a new administration will adopt.
Amit Cowshish 3 Apr 2019 06:00

With an election afoot, controversy has inevitably grown about the timing of India’s successful “hit-and-kill” in space.