Even if independence is a spur for economic development, social and political difficulties still lie ahead. 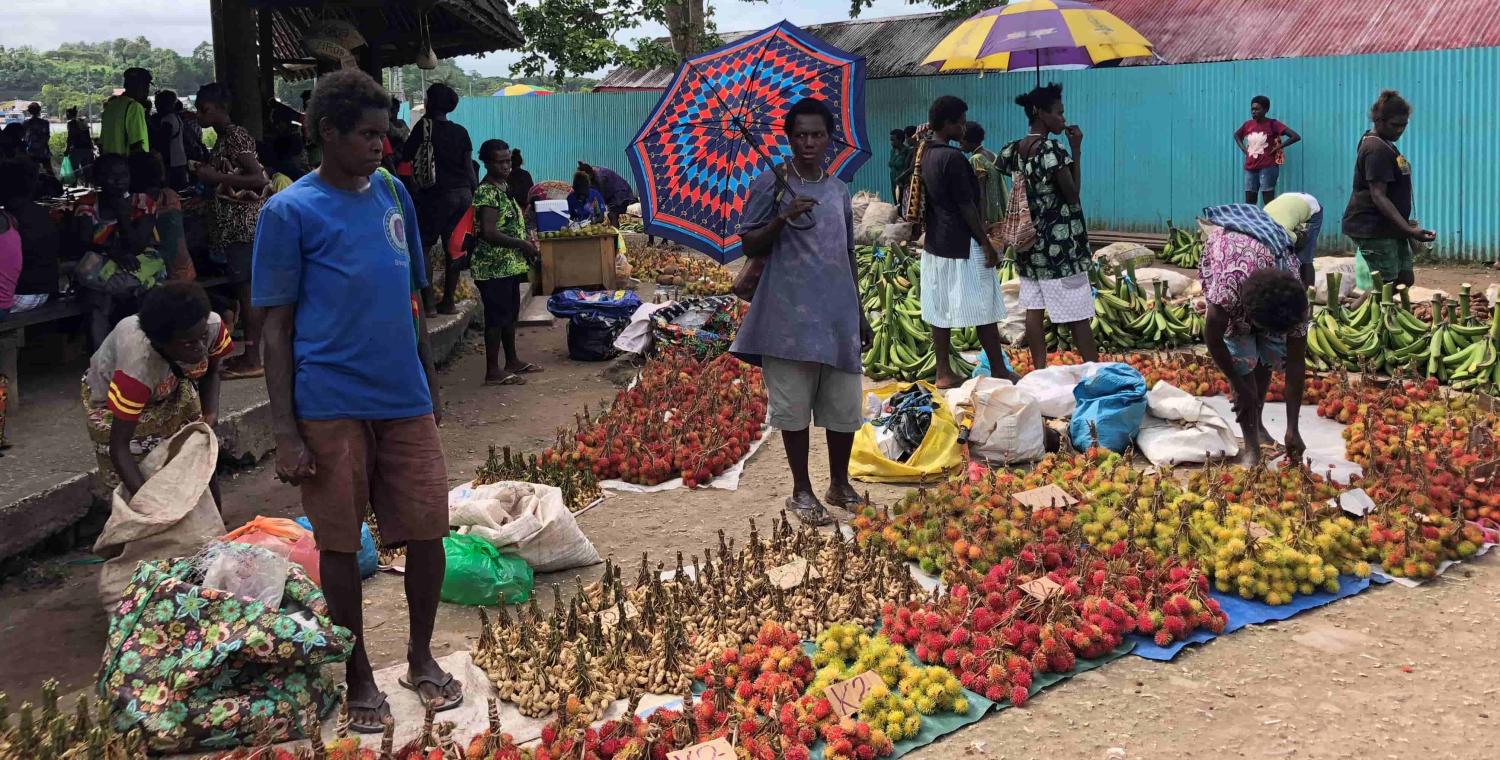 On 15 June 2019 there will be a referendum held in Bougainville, an autonomous region of Papua New Guinea, to determine the territory’s future political status. As I found during a recent research trip to Buka, Bougainville’s administrative capital, there is excitement at the prospect. I was in the country to learn where and how women are contributing to post-conflict restoration nearly two decades after the secessionist war that raged across the territory during the 1990s.

Few women I spoke to doubted that the referendum result would favour independence. As one defiantly put it, “If not independence from this vote, what did we fight for? We will have lost 10,000 of our people for nothing.” But when the conversation turned to the aspirations women have for independence, the tone quickly became more reserved.

This circumspection was certainly evident in discussions about women’s participation in politics. Despite their celebrated influence as conflict mediators and peacebuilders, the country’s women merited only one specific mention in the text of the Peace Agreement forged in 2001.

The constitution for the Autonomous Bougainville Government (ABG), established in 2004, moderately advanced on this, creating 3 reserved seats for women in the territory’s 39-seat parliament. This was a far cry from the 12 seats that some women leaders anticipated. Although women can contest open seats against male candidates, in the three elections held since 2005 female candidates have achieved this success only once, when Josephine Getsi won an open seat contest in 2015.

Complaints about male dominance of institutional politics are not unique in the Pacific Islands. In 2016 the ABG listened, enacting a new Community Government legislation, overturning the Council of Elders structure established under Bougainville’s first constitution, which afforded women only a marginal level of representation (around 15%).

Anecdotally, there are reports that some former Council of Elders representatives, reluctant to give up their authority following the first Community Government elections in April 2017, are resisting the system. Nonetheless, the Community Government model is viewed optimistically by women leaders as one that will provide new opportunities for women to build political achievements and acumen.

On questions about how women might fare should the referendum usher in a new era of national economic sovereignty, opinions were less optimistic.

Some women leaders were adamant that the reopening of Bougainville’s troubled, but lucrative, Panguna copper mine holds the key to future economic development. This view downplayed opposition generated by the mine during its 20 years of operations and how this issue sparked the secessionist rebellion.

Developing the argument that the fortunes of Panguna and the territory are intertwined, one former female parliamentarian explained it this way: “The mine will bring us independence, in the same way it paid for PNG’s independence in 1975.”

Other women firmly rebutted such arguments. The mine’s profits were always siphoned off the island by its multinational owners, they said, with few “trickle-down” benefits locally. Women’s groups in the area around Panguna have also voiced steadfast opposition to negotiations about reopening the mine, arguing that these occur between unrepresentative groups of men, in defiance of women’s customary authority on land-use matters.

Great hope was instead placed in the revitalisation of Bougainville’s cocoa industry. But efforts to improve women’s participation in this sector are hampered by a long-standing view that cocoa production is a “man’s world”. My discussions with women trying to establish grower cooperatives also revealed hostile encounters with male producers and buyers who questioned their capacity to work in these roles.

This testimony points to the generally weak integration of women within the local cash economy. Women’s presence in traditional care and welfare occupations, including nursing and school education, is evident. Women also make up the majority of traders selling garden produce and cooked food items in markets and roadside stalls. But there is enormous frustration about how few chances women have to generate income beyond these feminised arenas.

Building opportunities that safely support women’s rights to earn without inflaming family tension is paramount. My ongoing research in Bougainville indicates that women who undertake professional work can be censured for “avoiding” home and family duties. They may also attract intense suspicion from their spouses if they work in proximity to other men.

Men’s efforts to control the way women spend their earnings are also common. For example, crisis care workers explained that women in professional occupations are frequently subjected to violence if they do not hand over their ATM cards to their spouses on paydays.

Officers working across a range of public service roles, from policing to bureaucratic administration, shared harrowing stories of the gendered abuse female staff may be subjected to within their homes, and how this affects their earning capacity. Many women also encounter difficulties when attempting to bring their experience of violence to the attention of authorities – state and non-state alike.

Terms such as independence and sovereignty have, for more than two decades, inspired Bougainville’s people in their struggle for self-determination. Yet pervasive gendered challenges in this environment suggest that even if independence provides an impetus for economic development in Bougainville, as many hope, it is a mistake to assume that increased earning will easily advance women’s well-being, physical security, or autonomy.

Many overseas Chinese feel the eyes and arms of the Party state all around them.
Rebecca Vogel 1 Dec 2017 13:01

Evaluating intelligence and why questions about Donald Trump's ties to Russia won't go away.