The sharp reversal in the Philippine peace process with the Communists underlines a major problem with the Duterte administration’s approach. 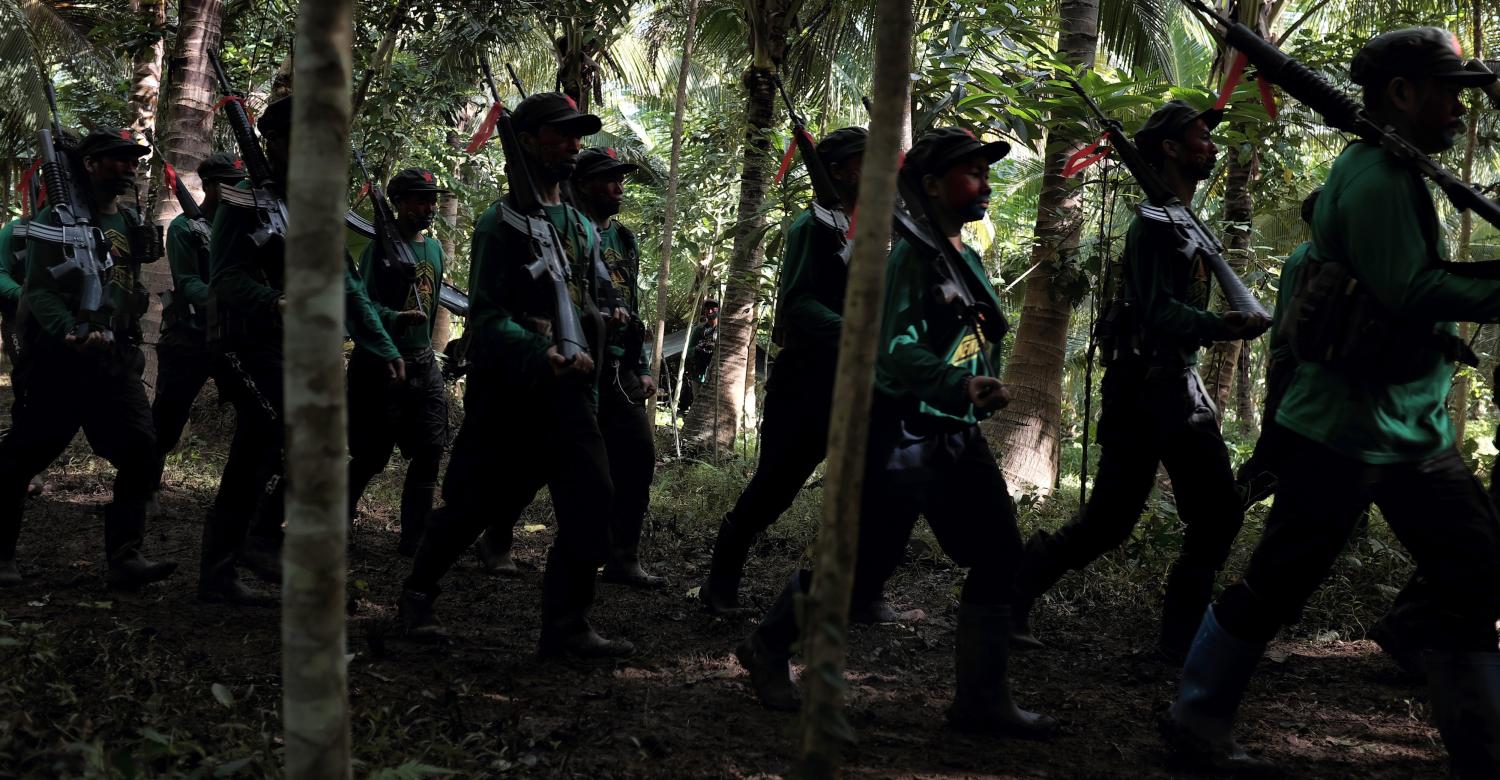 For part one, which examined President Duterte's war on drugs, click here.

In mid-December, Philippine President Rodrigo Duterte argued that the militant left in the Philippines would defend him (a self-proclaimed child of the poor) and his administration to the death and kill those who would remove him from office. On 6 January, the Armed Forces of the Philippines (AFP) advised the president of a new campaign plan that would uphold 'the primacy of the peace process' with the Communist insurgents and focus their fighting against Moro terrorist groups. On 19 January, the third round of peace talks between the Duterte administration and the Communists began in Rome, with government negotiators still hopeful of a quick end to negotiations. On 25 January, it was reported that that government's lead negotiator Silvestre Bello III was seeking the delisting of the Communist Party of the Philippines and its armed wing the New People's Army (NPA) from the US State Department's list of foreign terrorist organisations.

Two days later, the first recorded armed clash between the AFP and the NPA in five months (in President Duterte's southern Mindanao bailiwick) led to casualties on both sides. On 5 February, President Duterte ended the government's unilateral ceasefire announced in July. The following day he cancelled the peace talks, ordered the arrest of the 19 Communists set free to participate in the peace talks, admitted the Communist insurgency will outlast his presidency, and labelled the NPA a terrorist organisation. On 7 February, Secretary of National Defense Delfin Lorenzana declared all-out war against the NPA.

This sharp and sudden reversal in the peace process with the Communists underlines one major problem with the Duterte administration's approach and foreshadows a major political problem for the president. The sequence of restarting peace talks with the Communists with renewed hope, having these quickly fail with no real progress made, and then returning to a military-first approach has befallen each post-Marcos administration. However, the Duterte administration's particular approach has heightened the costs of this inevitable failure. More than his predecessors, Duterte invested a significant amount of his personal political capital in restarting of the peace process. He reached out much further to the Communists, who are led in exile by Duterte's former teacher, than the Communists reached out to the government. His administration broke protocol by restarting the peace process during Duterte's president-elect period. Duterte reserved Cabinet positions for nominees from the militant left. The president announced (to the surprise of the AFP) a unilateral ceasefire in his first State of the Nation address less than a month into his presidency. He released a significant number of Communists from prison to participate in the peace process.

All this, despite the Communists being a much reduced threat with an aged leadership and cadres. Government estimates place the number of active NPA fighters at fewer than 4000. Less than 2% of the country's 42,000 wards are affected by the insurgency. Given the previous failures, and that nobody appears to have any well-formed idea of what a peace deal with the Communists would entail, it stretches the bounds of magnanimity for Duterte to have reached out so much to a weak and weakening belligerent.

One reason for this may be the important place of the broader militant left in Duterte's coalition of support. Some in this group (including some former members of the Communist Party of the Philippines) have been key figures in Duterte's presidential campaign and executive team. This broader movement provided much of the on-the-ground support and mobilisation for Duterte's election campaign. Duterte as a candidate and as a president has proclaimed his political origins in the militant left as a defining component of his populist 'child of the poor' persona.

The unilateral ending of the peace process and return to all-out war against the NPA threatens to turn the militant left from an important base of support and legitimacy for Duterte into one of opposition. Key groups like Makabayan and even the Communist Party itself were already protesting President Duterte's warm embrace of the Marcos dynasty, his war on drugs, and the lack of progress on key economic promises like ending labour contractualisation. Now they have much greater reason to withdraw support from President Rodrigo Duterte.

Malcolm Cook
Previous Article
Battening down for an environmental war
Next Article
Tanna: Bare feet on the Oscars red carpet

China’s new warship and the strategic challenge to America

The Type 055 is one component of the Chinese drive to create aircraft-carrier task forces which are capable of regional and even global operations.
Rodger Shanahan 3 Oct 2017 09:29