Indonesia: countering a message of hate

Efforts to tackle radicalisation are being held back by a lack of knowledge and problems of official coordination. 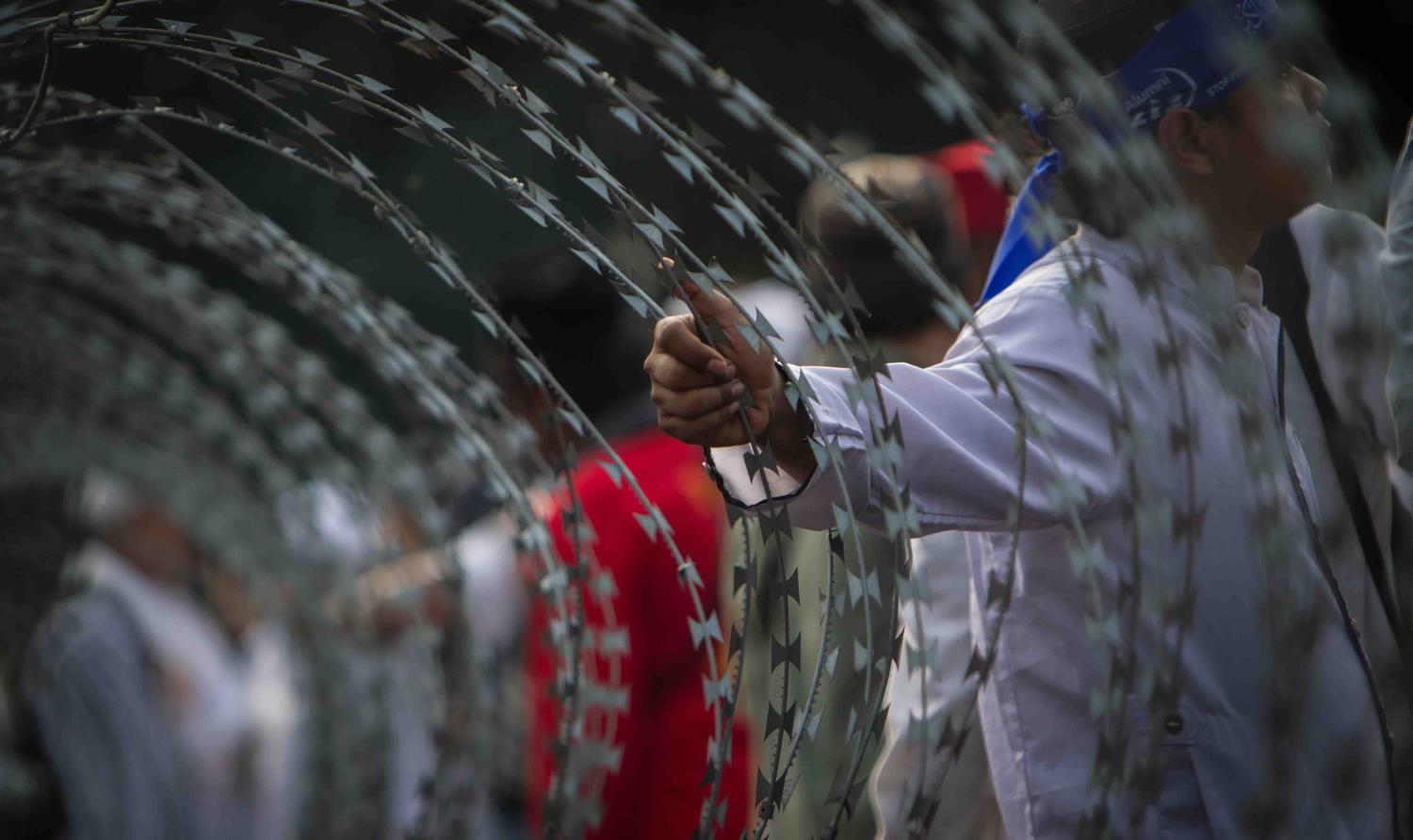 A rally in Jakarta against plans to ban Islamist groups in 2017 (Photo: Afraid Hikmal via Getty)
Published 28 Mar 2018     Follow @kategrealy

After the Bali bombings of 2002, security forces within the Government of Indonesia, like their Western counterparts, worked towards incorporating “ideological” or “soft” approaches into counterterrorism portfolios. This approach later became commonly known as Countering Violent Extremism (CVE), and Indonesia has produced some groundbreaking CVE initiatives. As a recent Interpreter article explained, youth and civil society–led approaches have achieved particular success.

Yet despite progress in recent years, major issues persist. A lack of understanding as to how successful deradicalisation works continues to pose challenges, as do coordination issues within government agencies responsible for CVE.

But perhaps most importantly, despite the growth of the CVE sector, radical groups in Indonesia continue to spread messages of violence and hate, unimpeded.

Indonesia’s initial steps towards CVE were introduced during the Megawati era, when the then president appealed to Muslim organisations Muhammadiyah and Nahdlatul Ulama to join Indonesia’s war on terror by “promoting the image of Islam as a peace-loving and cooperative religion”. The commitment increased significantly under president Susilo Banbang Yudhoyono, who after the second Bali bombing in 2005 stated that Indonesia could no longer take “freedom, democracy and tolerance ... for granted”. Part of this effort included the further promotion of CVE.

In the early stages, the Indonesian National Police (POLRI) introduced a deradicalisation program that aimed to “convert” imprisoned terrorists, who would also preach moderation to their colleagues. Althoug this and other programs like it had some success, they were underfunded and too ad hoc to sustain. Detachment 88, an Indonesian Special Forces CT squad, contributed to POLRI’s efforts by developing an intelligence program to target terrorist networks, with the aim of reintegrating prisoners back into society; however, this program appears to have had limited success.

The BNPT, Indonesia’s national agency for combating terrorism, has made a range of contributions to national ideological efforts to counter terror. Yet despite the agency’s large budget and personnel pool, some assessments judge its performance harshly. According to a recent Australian Strategic Policy Institute study, the BNPT continues to have “weak analytical capacity on terrorism trends, poorly devised policies and ... misguided ... community counter-radicalisation campaigns”. These campaigns have argued that radicalisation and extremism could be countered through the promotion of “moderate Islam”.

Yet, as continues to be found, there are no links between increased outward piety and propensity for terrorism. And despite claims to the contrary, we still don’t know exactly what causes “radicalisation.”

But there are opportunities in Indonesia to learn more about who is at risk of committing acts of terrorism. More could be achieved if official knowledge about terrorism and radicalisation was consolidated, with unclassified information disseminated to the civil society practitioners who do so much of Indonesia’s meaningful CVE work.

As the Institute for Policy Analysis of Conflict (IPAC) argues, the design of prevention programs could be improved by focusing more specifically on those involved in terrorism, rather than on whole swathes of the “Muslim community”. In particular, Indonesian CVE would benefit from more systematic studies of the networks uncovered to date, particularly the case dossiers of the almost 800 individuals indicted since 2002 on terrorism charges.

Yet a lack of coordination among the government agencies responsible for CVE in Indonesia has also remained a persistent obstacle. In 2012 the BNPT created the Forum Koordinasi Pencegahan Terorisme (FKPT) to help coordinate a national approach. Yet these forums are regularly criticised as “exclusive” and “too high level”, or for missing the target audience by involving regional elites and leaving out those for whom issues of radicalisation are pertinent, particularly young people.

The lack of coordination can lead to other problems in assessing the effectiveness of CVE programs. The online “counter narratives” approach to CVE, undertaken in partnership with PR companies, has gained popularity in Indonesia in recent years. The range of tenders and grants for these programs means that this kind of activity has become somewhat profitable for CVE start-ups. Yet in Indonesia, as Solahudin recently pointed out, social media “is yet to become a major tool for recruitment … [because] recruitment offline is still possible”.

Positive interventions and programs have been driven by civil society groups. Yet the overall effectiveness of CVE in Indonesia has been held back by government ineffectiveness, including vague or ad-hoc deradicalisation programs, and failed attempts at prison management reform.

The lack of meaningful central coordination and understanding, combined with the fact that it remains relatively easy for extremist groups to “spread messages of hate and violence”, means CVE in Indonesia still has a long way to go.

Previous Article
Skripal: the West escalates, but where is the proof?
Next Article
Mekong: more dams, more damage

Keep calm and carry on: a message to Trump critics

As Indonesia takes the G20 presidency solving the country’s food security crisis should be top of the agenda.
Greta Nabbs-Keller 25 Oct 2018 16:00

How Indonesia moves rapidly from statement to agreement on contentious revisions to anti-terror laws.