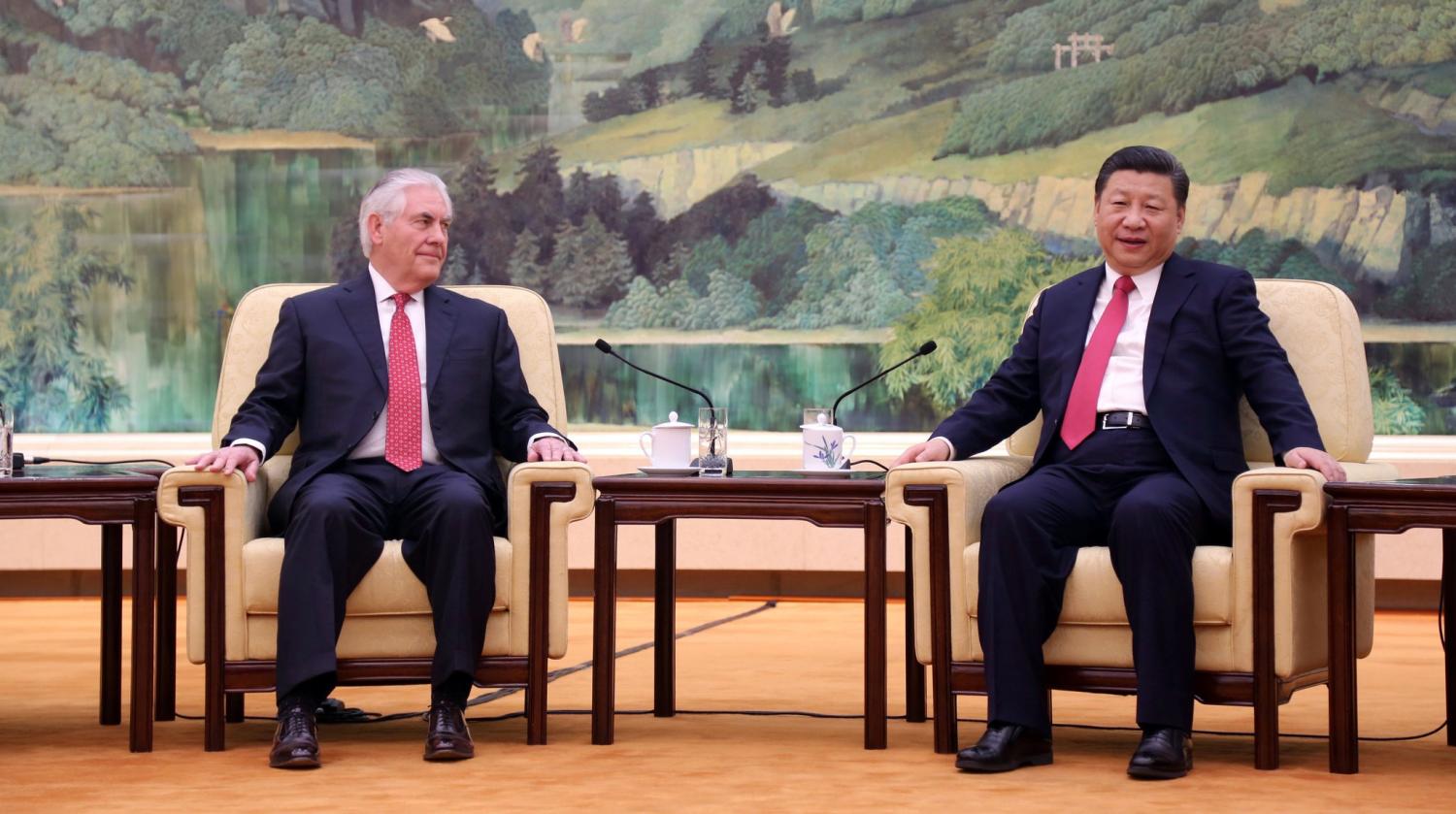 One of the most striking passages from my recent email interview with Graham Allison, author of Destined for War: Can America and China Escape Thucidydes' Trap?, was his description of how Washington views China's rise. I asked Allison if he thought the policy commununity inside 'the Beltway' fully appreciated the scale of China's rise, to which Allison replied with an anecdote about Senator John McCain:

... when I showed Senator John McCain the graph I use in the book to demonstrate that, by 2024, China could be half-again larger than the US in terms of GDP PPP, he exclaimed with frustration: 'Why has no one shown this to me before?'.

John McCain can fairly be described as one of the most Asia-literate leaders on Capitol Hill, so his shock at the scale and speed of China's economic rise is telling. To reinforce the point, here's a recent discussion between veteran American conservative columnist William Kristol and  economist Tyler Cowen, who is one of the most consistently interesting thinkers and writers in the US. You can watch the whole thing below (the China section starts at 43.28), but here's what Cowen says about China and America's (mis)perception of it:

...for the first time in my life time, in a way the first time ever, America finally has a peer country. The Soviet Union was a peer with its nuclear weapons but not in general. But in terms of human talent, GDP, China right now is in most ways a peer country to the United States. We're not ready for that, mentally or emotionally.

And a little later:

...we're very, very bad at seeing their point of view. Even for, like, Canada or Mexico, we as Americans are bad at seeing others' points of view. But China is so distant from us, we have so few points of contact with it, I would say we're especially bad at it.

Kristol also asks Cowen about the Thucidydes Trap and the prospect of conflict between the US and China. Cowen professes guarded optimism, but the terms of that optimism invite careful consideration:

I'm not by any means convinced that conflict is inevitable. I don't believe in the Thucidydes Trap, and here's why not. North Korea so far has been China's thorn in our side. I feel that's flipped. Chinese public opinion has flipped. Opinion within the Chinese government is in the middle, but has been changing a lot. China would like to undo the current North Korea situation but they don't know how to do it in a way that doesn't harm their national interests. North Korea will become our thorn in China's side over time, pretty quickly. And so if there's North Korea and a rearming and maybe eventually someday nuclear Japan, and also India, the first line of China containment is India, North Korea (oddly enough) and Japan. I don't know how that will go, but it's a kind of buffer between China and us, it can be a force that pulls us into conflict, it could be a kind of buffer that allows us to stay somewhat removed from it.

The idea that Japan, India and North Korea could become buffer states between the US and China is fascinating (North Korea may not be a good fit in this category because in my view China overwhelmingly benefits from North Korea's nuclear status, and Pyongyang remains very much a thorn in America's side). Cowen says parenthetically that these states 'can be a force that pulls us into conflict', but that's only if the US alliance network continues to operate as it does today and the US continues to believe it has a first-order national interest in preserving its place as regional hegemon and security guarantor.

So the buffer model only works if the US is prepared to take on a more distant role in the regional power balance. Yet there is little evidence that the Washington political establishment is prepared to accept such a status. As Graham Allison said in our interview, 'For many Americans, being '#1' is a core part of our identity.' And Tyler Cowen's comments suggest that the US policy establishment is yet to even internalise the sheer scale of the challenge the US faces in maintaining hegemony in the Asia Pacific, let alone work out what to do about it.

Sam Roggeveen
Previous Article
‘Choosing Openness’ grapples with the big questions
Next Article
‘First They Killed My Father’: A beautiful film that could help Hun Sen

Time to think big on the future of Australian diplomacy

A good start would put the Department of Foreign Affairs and Trade at the centre of decision-making and coordination.
Greg Earl 21 Oct 2021 12:30