Afghanistan: A unity government at last or woes to come?

By Dr Susanne Schmeidl, a Senior Advisor to the Liaison Office in Afghanistan and Lecturer at the University of New South Wales and University of Sydney, and Srinjoy Bose, PhD Scholar at the School of International, Political & Strategic Studies, Australian National University.

The intense election crisis that has engulfed Afghanistan over the past few months has been rarely discussed in the Australian media, with more imminent crises such as ISIS in the Middle East—and Australia's contribution to the fight against it—taking front and centre stage.

For the moment the election crisis is over, and a rather unusual and complex new Unity Government was sworn in on 29 September 2014. The Government has a new President, Dr Ashraf Ghani (the 'announced' winning candidate of the run-off presidential elections) and a new Chief Executive Officer (CEO), Dr Abdullah Abdullah (in the eyes of many the 'real' winner of the elections due to his drastic lead in the first round of voting). Though no match made in heaven, the deal was forged around institutional capture and political deadlock after an election marred by fraud.

Though one could discuss the democratic merits of the Unity Government, the electoral fraud and numerous recounting and validating (and de-validating) of votes make it nearly impossible to truly know who won; history may still judge this the second election stolen from Dr Abdullah. According to Afghanistan's Independent Election Commission, Ashraf Ghani won the run-off election by about 750,000 votes. Abdullah had been so far ahead after the first electoral round that some US officials and statisticians argued a win by Ashraf Ghani a mathematical impossibility. Any arguments around scientific probabilities, however, are precarious given that the last (and incomplete) Afghan census was held in 1979. In such an environment, democracy might indeed be best served by bringing all major players under one tent, a practice not uncommon in Afghanistan or similar polities throughout history.

But let us return to politics. First, unity governments are not necessarily unusual, especially in situations when a country's stability is threatened; the 2007 Kenyan election violence and resulting unity government is one example. There have also been unity governments in the more stable and democratic West, such as Italy, Canada, Luxembourg, the UK, and even in the US after the Civil War. Thus, we only need to look to history to understand that what is happening in Afghanistan is far from unique or out of the ordinary.

Second, the Afghan Unity Government does not have to be a threat to democracy as some may fear, but it will need to address several shortcomings over the next few months. Afghanistan is a country with a nascent democratic experience, and the country's elites are reluctant to buy into the idea of a system where 'the winner takes all'; hence they take recourse in fraudulent activity in order to work around the democratic system introduced in 2002. Key for both—the new President and CEO—is to address the meddling of elites and encourage them to come on board a more transparent political process, even though they might feel a unity government does not warrant this.

The fact that much of Afghanistan's population trusts neither their elites (certainly not those outside their specific group) nor the political system that has been unable to rein them in is the Unity Government's biggest challenge. After all, many risked their lives voting or negotiating with the Taliban to allow for the election to take place—thus showing their support for a democratic process—only to see it hijacked by elites who believe only they know what's best for the country. Though most Afghans will be relieved that the political crisis is finally over, many might not be pleased with the outcome. This means that the Unity Government needs to be able to show that both men at the helm of the state can share power and contribute to transparent and effective politics.

Third, will it work? Here it is best to be optimistic and place trust in the pragmatic nature of Afghan politics, and hope that the war-weariness of Afghan individuals and communities will help ensure collaboration prevails. Still, there are several aspects of the actual unity agreement to consider when assessing this question.

Foremost, under the agreement, the new President will delegate some of his constitutionally-granted authority to the CEO. But the agreement does not only delegate, it also checks the powers and authority of the President, which many might welcome given that Karzai increasingly ruled like an autocrat. The substantial power and authority of the CEO to implement (including appointing government officials), monitor, and support policies, programmes, and budgetary affairs can be a welcome and much needed devolution of power away from the Presidency. But, it also can lead to deadlocks and stalemates if agreements cannot be brokered. For the agreement to work, cooperation and chemistry between Ghani and Abdullah are crucial. It is also critical that each is able to keep their supporters in check.

Without clearly legislated power sharing, much is up to the visions, objectives, and strategies of the two leaders. If the intense, and at times petty, negotiations in the lead-up to the final deal are any indication, power-sharing will not be easy. How often advice from the CEO is ignored or overruled will be a test for the delicate agreement to work. Both men, therefore, need to work on their ability to compromise, and Dr Ghani taking on board ideas he may not personally find appealing—even if the agreement's wording suggests that the President has the final word. Dr Abdullah and his supporters will not stand for being overlooked. The question that remains, then is: if, legally, the President can sack the CEO, would this destabilise the polity?

All things said, it is remarkable that both Dr Ghani and Dr Abdullah have managed to agree on such a complex deal despite the acrimony of the elections. Despite US intervention, it is very likely that both candidates were aware that they had to come to terms with a power-sharing agreement, if not to waste the efforts of the past 13 years. Neither Ghani nor Abdullah have a warring history, though some of their deputies do, and even they are unlikely to want to return to the times of bitter armed conflict.

And the Unity Government in itself is the positive outcome. Despite squabbles, despite fraud, despite differences in opinions and the threat of parallel administrations, both candidates managed to achieve a peaceful transfer of power. Though there will be problems with a government that has two leaders—each with their own two deputies and a long list of supporters to satisfy and reward—a unity government can be an opportunity for mutual accountability efforts: both Ghani and Abdullah can ward off less qualified individuals (including unsavoury strongmen) by the sheer argument that the other side oppose their appointment.

In the end, in a unity government, you are literally 'in it together'. It is easy in the opposition to blame those in power for failure; now, both failure and success will be jointly reaped. 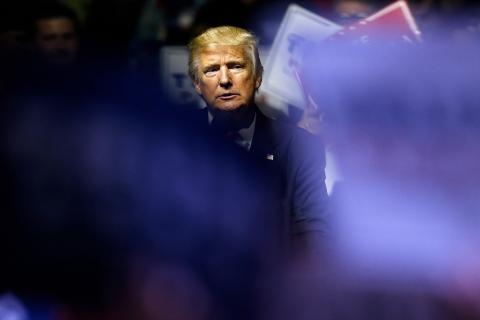 Show Comments
Previous Article
Modi in the US: A truly strategic partnership?
Next Article
Labour Day holiday, back tomorrow