Asian leaders are looking for clues as to which America will show up in the remaining three-plus years of Trump’s term. 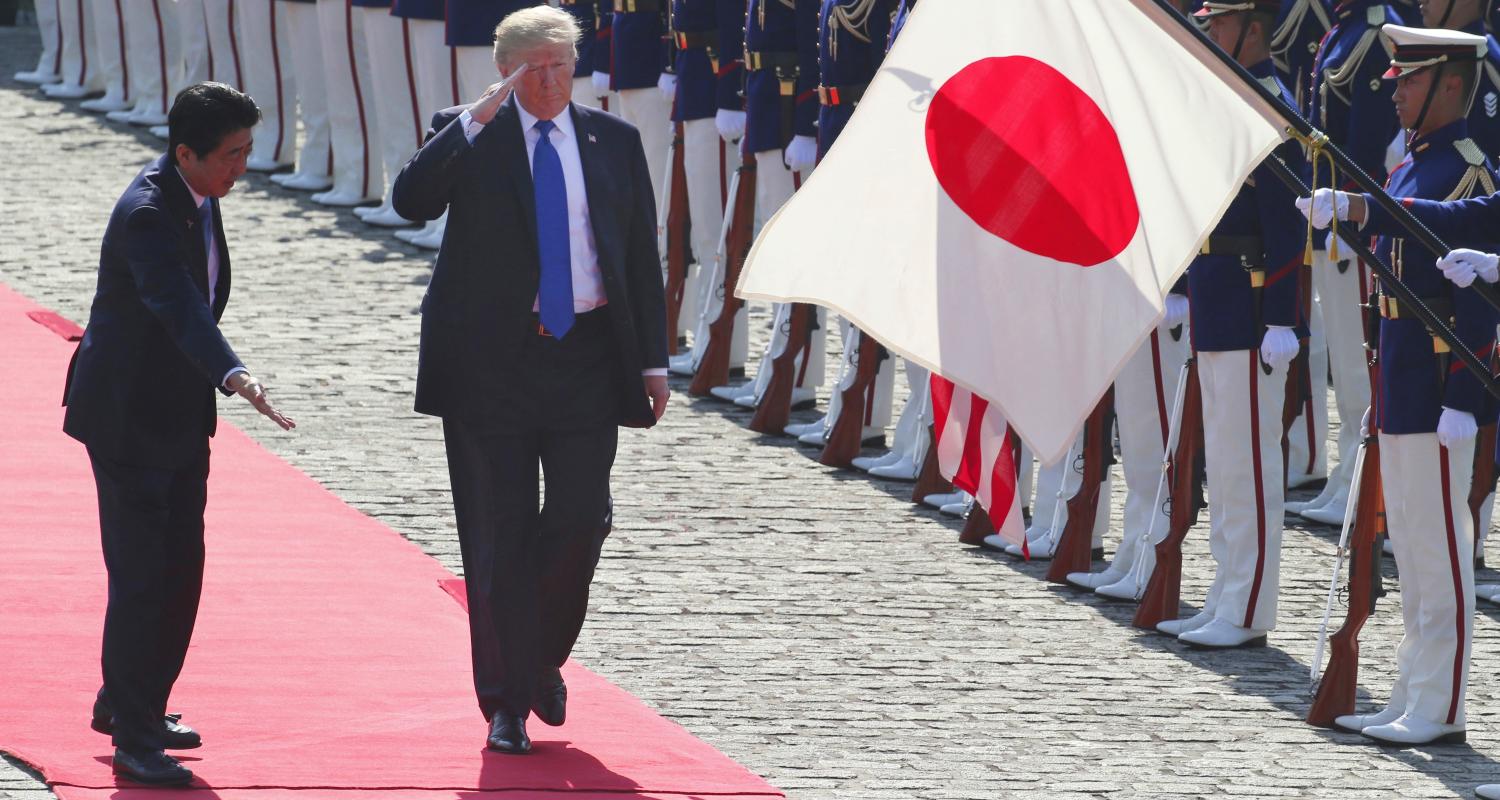 Speaking in Tokyo on Monday night, President Donald Trump was serious and gracious. 'Japan is a very special place. The Japanese people are thriving, your cities are vibrant, and you've built one of the world’s most powerful economies.' Then he looked up from his prepared remarks, and with an impish grin insulted his hosts. 'I don't know if it's as good as ours. I think not. Okay? And we're going to try and keep it that way, but you'll be second.'

The moment captured the dichotomy on display in Trump’s first foray into diplomacy in Asia.

There is Trump himself, who does not believe the US benefits from the provision of public goods like regional security, who campaigned on the promise that he would make allies in Asia pay more for the protection the US provides, and who implied he might not honour American treaty commitments if they did not. It is the president who characterised free trade agreements with partners including Japan as a 'rape of our economy' and withdrew from the Trans-Pacific Partnership in his first week in office.

Then there are his advisers who mostly hold conventional views on American foreign policy in the region, and robust institutions which push conventional policies. The advisers have sought to script Trump’s diplomacy in conventional terms, committing him to America's alliances with Japan and South Korea ('powerful and enduring', Trump said on Monday) and to emphasise the upside of the economic relationship, including Japanese and Korean investment in the US.

Yet the advisers and institutions cannot keep Trump’s extemporaneous remarks from harkening back to his zero-sum campaign rhetoric, as when he put both alliances in terms of how much military equipment Japan and Korea buy from the US, or when he implored Japanese manufacturers to make vehicles in the US just seconds after his scripted remarks noted that they already do.

It was a surprise, then, that Trump’s first day in South Korea has gone better than his time in Japan. Trump likes Abe, who was the first foreign leader to woo Trump into dropping some of his campaign rhetoric. But he appears to think Moon a weak leader of the left and has repeatedly suggested he might withdraw the US from the Korea-US Free Trade Agreement. Yet Trump has mostly stuck to the script.

But as Trump moves on to Beijing today, the dichotomy between Trump and his advisers is likely to re-emerge. While Trump is focused on trade deficits, the advisers around him are more concerned with market access, particularly restrictions on American investment. Trump is unlikely to see progress on either, so US and Chinese officials have lined up a number of commercial deals that can be signed while the president is in town. These deals are market driven and would have gone ahead in any event, but will allow Trump to claim credit back home for attracting investment that supports job growth.

The advisers around Trump are pushing for the US to get tough on China’s assertiveness and coercion of smaller neighbours in the South China Sea. But foreign governments now understand that the way to win Trump over is to flatter him and treat him to pomp and circumstance on a grand scale. Chinese officials will hope that these set pieces win Trump over, and result in a symbolic bonhomie that will put off the tougher approach to China on both North Korea and Beijing's broader regional ambitions.

How Trump responds to those competing pressures – advisers advocating a free and open Indo-Pacific; counterparts looking to stroke his ego – will do much to set the tone for the summits on the next two legs of Trump’s trip. At APEC and in a series of bilateral engagements in Vietnam, and at the East Asia Summit in the Philippines, leaders from the rest of the region will seek clues as to which America will show up in the remaining three-plus years of Trump’s term in office, and by extension whether the US can be relied on to support longstanding American interests in the liberal international order, or will trade these away for concessions that meet Trump’s more transient priorities.

Does the Queen of Australia still exist? It’s a surprise to many, even in diplomatic circles.
Daniel Flitton, Lydia Khalil 24 Oct 2019 07:00

If President Trump is serious about improving the capacity of the US military, then the USCG needs to be part of the package.