Voters should know if their next government will conduct freedom of navigation operations in contested waters. 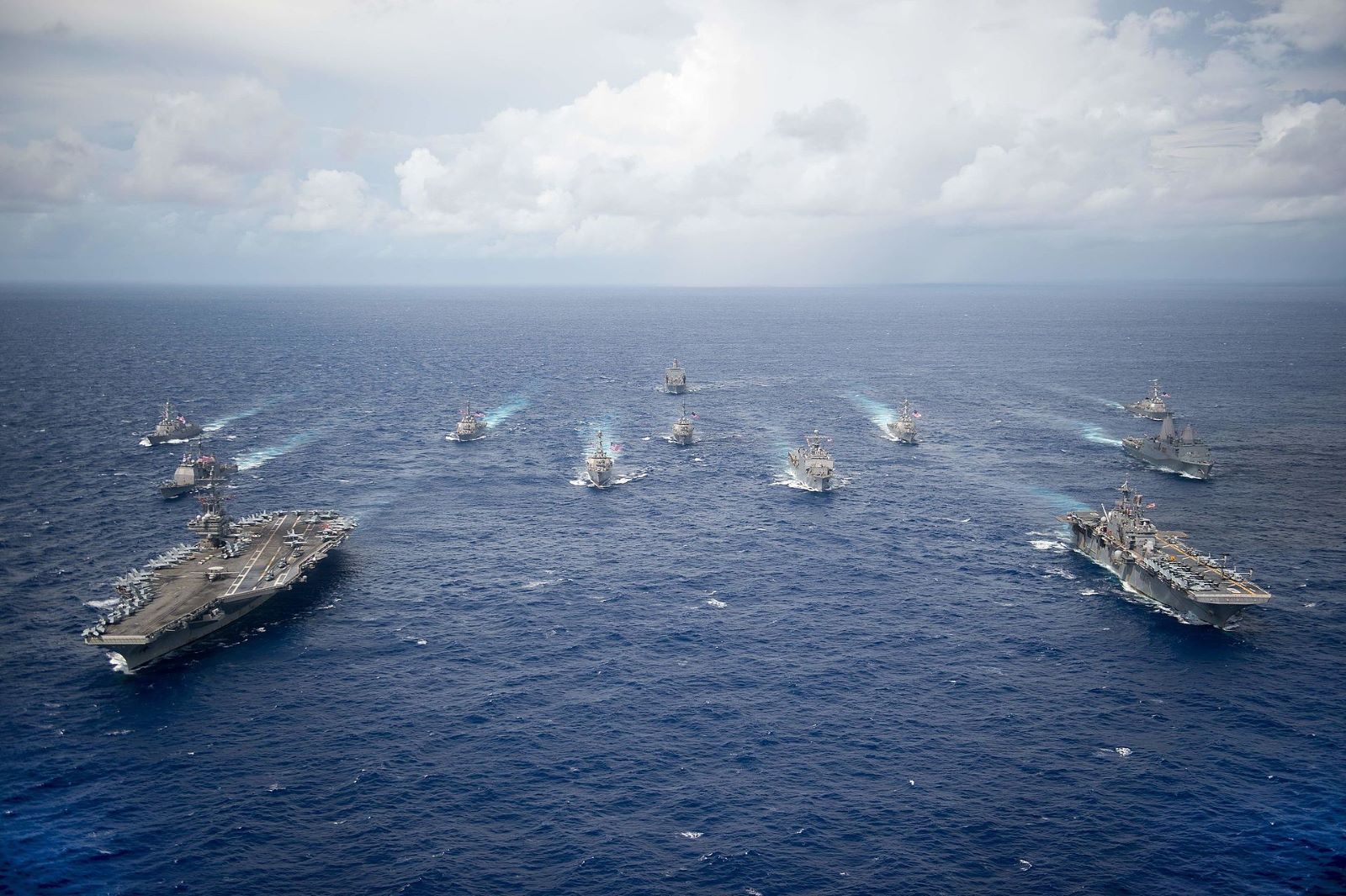 The Lowy Institute’s Richard McGregor has noted the absence of China discussion in Australia’s current election campaign, a state of affairs which prompted his colleague Sam Roggeveen to observe that “Bipartisanship on China is becoming a form of collusion”. Given that the Coalition seems to have decided against participating in a debate on foreign affairs, it is unlikely that the Australian electorate will learn anything more prior to Saturday 18 May when the polls open.

However, this is not to say that the Coalition and Labor have identical policies on, or approaches towards, relations with the People’s Republic of China. One crucial aspect of this is Australia’s response to China’s expansion and coercion in the South China Sea. In mid-2016 the former Shadow Defence Minister, Stephen Conroy, said that Australia would have “failed the test” if it did not stand up to Chinese “bullying” in the South China Sea. He advocated authorising the Royal Australian Navy (RAN) to conduct a Freedom of Navigation Operation (FONOP) within 12 nautical miles of Chinese-claimed features there. In October 2016, the current Shadow Defence Minister – Conroy’s successor, Richard Marles – echoed this suggestion, saying that the RAN should be “fully authorised” to conduct such FONOPs.

On the eve of a national election, Labor lacks a clear policy on the possible use of Australian military force in an operation directed against ambiguous territorial claims made by the People’s Republic of China.

The then-foreign minister, Julie Bishop, was quick to criticise Labor’s pro-FONOP position in the House of Representatives. She claimed that Marles had “decided that Australia should escalate tensions” by conducting FONOPs, “something that Australia has not ever done before”.  Bishop implicitly – but clearly – suggested that the Coalition’s policy was not to conduct such FONOPs: Canberra instead should “be seeking to de-escalate tensions … Australia should not take sides, and we should continue to urge … peaceful negotiations”. This is not a formal Coalition policy but given Bishop’s words and the fact that Australia has not yet conducted a FONOP, any decision to do so would be a departure from the status quo. Under these circumstances, it is fair to say that the Coalition has an implicit, but reasonably clear, policy of not conducting FONOPs.

I have not found any record of Marles’ 2016 comments having ever been retracted, corrected or disavowed. But he has sought to clarify his remarks, in a way. According to a report of a recent interview, he “would not be drawn on whether the Shorten government would authorise the navy to conduct a freedom of navigation patrol within 12 nautical miles of disputed islands claimed by China”. In a separate interview, when directly asked about FONOPs he has said that it is “not really possible to answer question from … Opposition”. This is directly at odds with his 2016 endorsement of such operations.

So for those trying to parse out the differences between the two parties, this is where we stand: the Coalition with an implicit, but reasonably clear, policy of not conducting FONOPs. On the Labor side, we have contrary claims: strong endorsement of FONOPs in 2016, but a more recent statement that such policies cannot be decided while in Opposition.

This is a sad state of affairs. On the eve of a national election, Labor lacks a clear policy on the possible use of Australian military force in an operation directed against ambiguous territorial claims made by the PRC. Having advocated such an operation in 2016, the Shadow Defence Minister now equivocates and hedges. What is the voting public meant to make of this? Those who oppose Australian FONOPs under current conditions, like I do, might worry about Labor’s ambivalence.

The Coalition policy is unannounced, informal and implicit, but at least it is discernible and reasonably clear. If Marles’ 2016 comments remain accurate, and if the ALP does intend to order FONOPs if it wins government, then not disclosing this to voters would be a shameful act. I rarely agree with The Australian newspaper’s Greg Sheridan, but his humorous assessment of 2016 still rings true today: “On the South China Sea, Labor has neither the courage to be a lion nor the reverse courage to be a mouse; instead, it looks like a donkey, braying indecipherably”. Marles talks about having the “courage to assert our national interest when we find ourselves in a position of difference to China”. Before it worries about mustering the courage to order a FONOP, the ALP should have the courage to level with the Australian public about its policy intentions.

One final point is worth noting. Although I am critical of the ALP, the Coalition has not covered itself in glory here, either. If it is happy to lambast the ALP for advocating FONOPs, then it should be willing to acknowledge, formalise and defend its own policy of not conducting them. Australia would be well-served by both sides of politics treating these questions as substantive and critical issues, rather than merely as opportunities to score points against domestic political opponents.