The Taliban’s empty promises of peace

An insurgent attack on a Kabul maternity hospital, in a pandemic, exposes hollow claims of sparing the innocent. 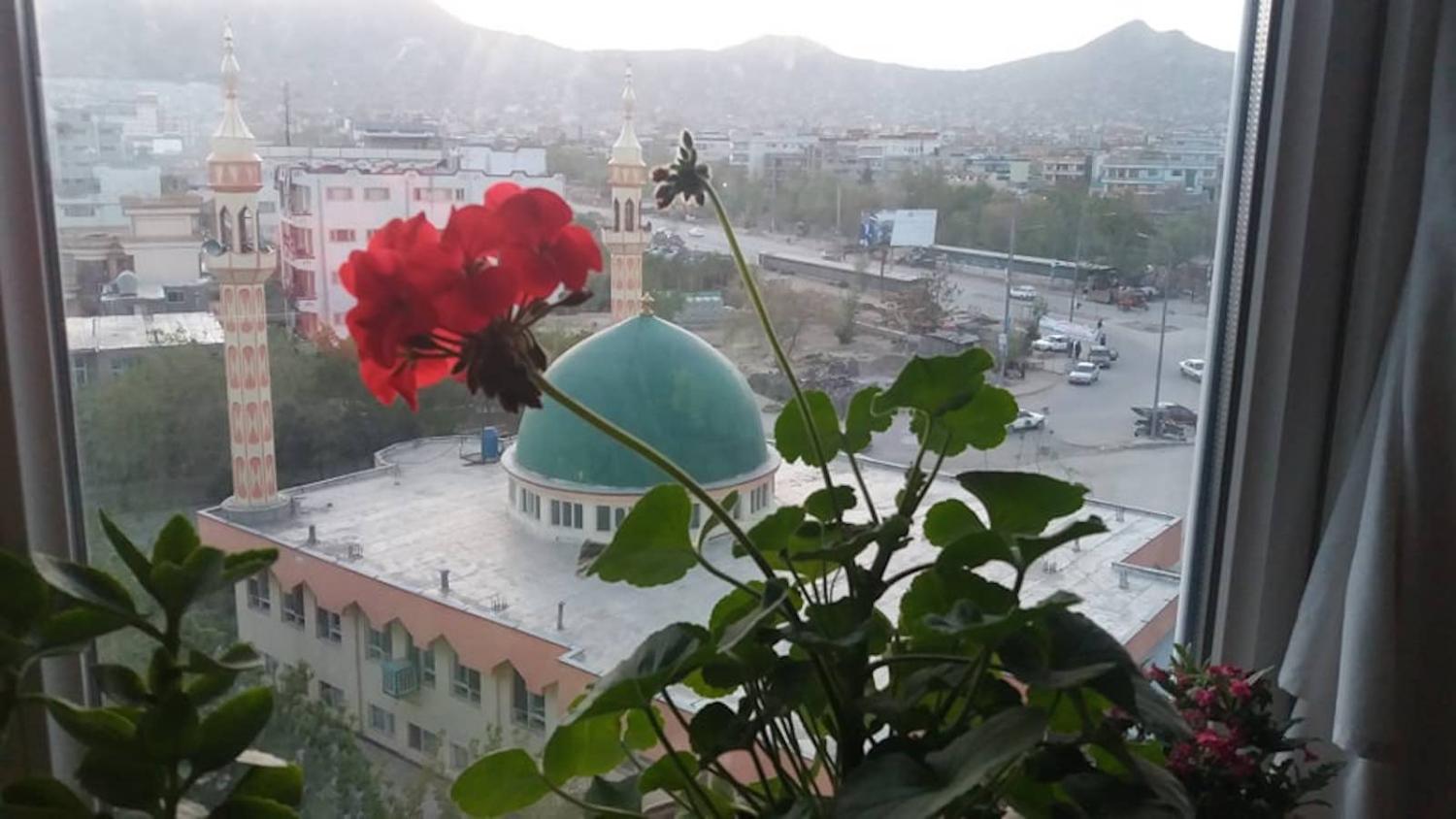 A mosque during Ramadan – and Covid-19 lockdown – in the Khair Khana neighbourhood of Kabul, 14 May (Habiburahman Rahmany/UNAMA/Flickr)
Published 14 May 2020     Follow @SSchmeidl

In a Covid-19 world, there is perhaps little that can still shock and surprise. Still, this week’s brutal attack by Afghan insurgents on a clinic in a hospital in Kabul’s western suburb of Dasht-e-Barchi, during the holy month of Ramadan, made for particularly horrific news, given the targets were pregnant women, children, and newborn babies. The same day, a funeral of a police commander in Afghanistan’s eastern province of Nangarhar was also attacked.

The Kabul attack was a dark reminder that no one is safe in Afghanistan’s war, and no target off-limits.

These newborns,among d first voices they heard, on d first day of their lives, was the sounds of gunfire, & smell of burn & smoke, & among their first experiences, being targeted in a war they & their mothers had no part in.Will their lives, like ours, continue 2 b shaped by war? https://t.co/dKoHtRpTNg

Nobody has yet claimed responsibility for the Kabul attack at the hospital which is supported by Médecins San Frontières, but many suspect Islamic State. First, an Islamic State-associated group claimed the attack in Nangarhar province. Second, the Dasht-e Barchi neighbourhood is largely home to ethnic Hazara, who have been the repeated target of Islamic State in the past. Third, Islamic State has attacked hospitals before, such as Kabul’s military hospital in 2017. There is also the matter of the regional Islamic State leader being arrested in Kabul just a day prior to these two attacks.

In response, President Ashraf Ghani ordered a resumption of the fight against all insurgent groups,including the Taliban, even though the group denied responsibility. Guilty or not in this instance, the Taliban is still being held to account, given their relentless attacks over the past weeks after they walked out of “fruitless” peace negotiations with the Afghan government in April, and in spite of having signed a preliminary agreement with the US in February paving the way for US troop withdrawals based on several conditions, including a ceasefire and curbing the aggression of other militant groups, such as Islamic State.

Afghanistan’s insurgent groups have long gotten away with making – in their minds – nearly every Afghan a legitimate target, whether for being pro-government, pro-Western, of the wrong ethno-religious group, or simply for being in the wrong place at the wrong time.

Yet a maternity hospital is still a stretch in the twisted logic of any insurgent group.

Despite the Taliban’s continued aggressive warfare, and its failure to curb violence by other militant groups, Afghans are simply supposed to have faith in the promise that “things will change” when the Taliban come back to power.

From 2013 to 2015, I worked with a local Afghan NGO trying to understand how ethnic Pashtun communities coped in insurgency-controlled or contested areas (the Taliban is a predominantly Pashtun movement). These projects explained much about how Afghanistan’s insurgency was seen through the eyes of community members. The strength of their grassroots base among Pashtun communities, in the face of questions about their “legitimacy”, was eye-opening. Some of the findings of these research projects (none of which have been made public) are worth recalling.

First, when community elders raised the issue of civilian casualties with the Taliban, the insurgents frequently avoided discussing the topic, the elders said. Most felt it was because the Taliban had no rationale as to why an insurgency with strong religious roots would target innocent civilians. The insurgents were quick to deflect blame – as the Taliban did in Tuesday’s attack on the maternity hospital – which is typical, as they often contest UN civilian casualty reports. At best, our research showed, the Taliban might consider civilians “accidental martyrs” in a holy war.

Second, according to community elders, the insurgents were fully aware it was a sin under Islamic law to kill “innocents”. Thus, the targets were called “puppets, spies, and criminals”, and rarely “civilians”. Afghanistan’s insurgents have long had a narrow definition of civilian – in stark contrast to international law, where a civilian is someone not engaged in combat. Anybody who supported (or was seen as supporting) the Afghan government and its Western backers – civilian or not – was considered a non-civilian or legitimate target. More importantly, when pressed, the Taliban narrowed the definition of “innocent” to basically women and children. This makes a maternity hospital, even by Taliban standards, a horrific crime, explaining why they were so swift to deny responsibility.

Third, when communities seemed to have legitimate grievances (and evidence) that insurgents had killed civilians, the Taliban made promises either to punish perpetrators (“rogue fighters” that the movement did not condone) or to change their fighting tactics. Seven years later, no such change is evident. UN statistics continue to show that women and children die in disproportionate numbers in Afghanistan.

In one of my own rare interviews with a former Taliban official, it took four hours over three sessions for him to admit that “errors” in their warfare were occurring, after repeatedly denying such a possibility. He simply ended the interview by saying, “This is war … When we come to power, things will change.”

This is the crux of the problem with the peace negotiations – despite the Taliban’s continued aggressive warfare, and its failure to curb violence by other militant groups, Afghans are simply supposed to have faith in the promise that “things will change” when the Taliban come back to power.

If the Taliban wants their claims of peace taken seriously, they should agree to a country-wide ceasefire – not because the UN Secretary-General has urged exactly that in the midst of the Covid-19 crisis, but because it has been a consistent demand from Afghan civil society groups for years.

Previous Article
Muddled messages as Britain seeks to stay alert
Next Article
To act, or not? Al-Shabaab’s response to a Covid-19 crisis in Somalia

Arms control might sound more appealing than tried-and-failed denuclearisation agreements – but it carries costs, too.
Ali Wyne 11 May 2020 10:00

Middle powers might seek to balance the US and China, but inevitably their own actions change the equation.
Nicholas Chan 20 Apr 2021 16:30