The D10 is dead, long live the … Network of Liberty?

Not explicitly focussing on a grouping of democracies is smart and includes more countries engaged in pushback on China. 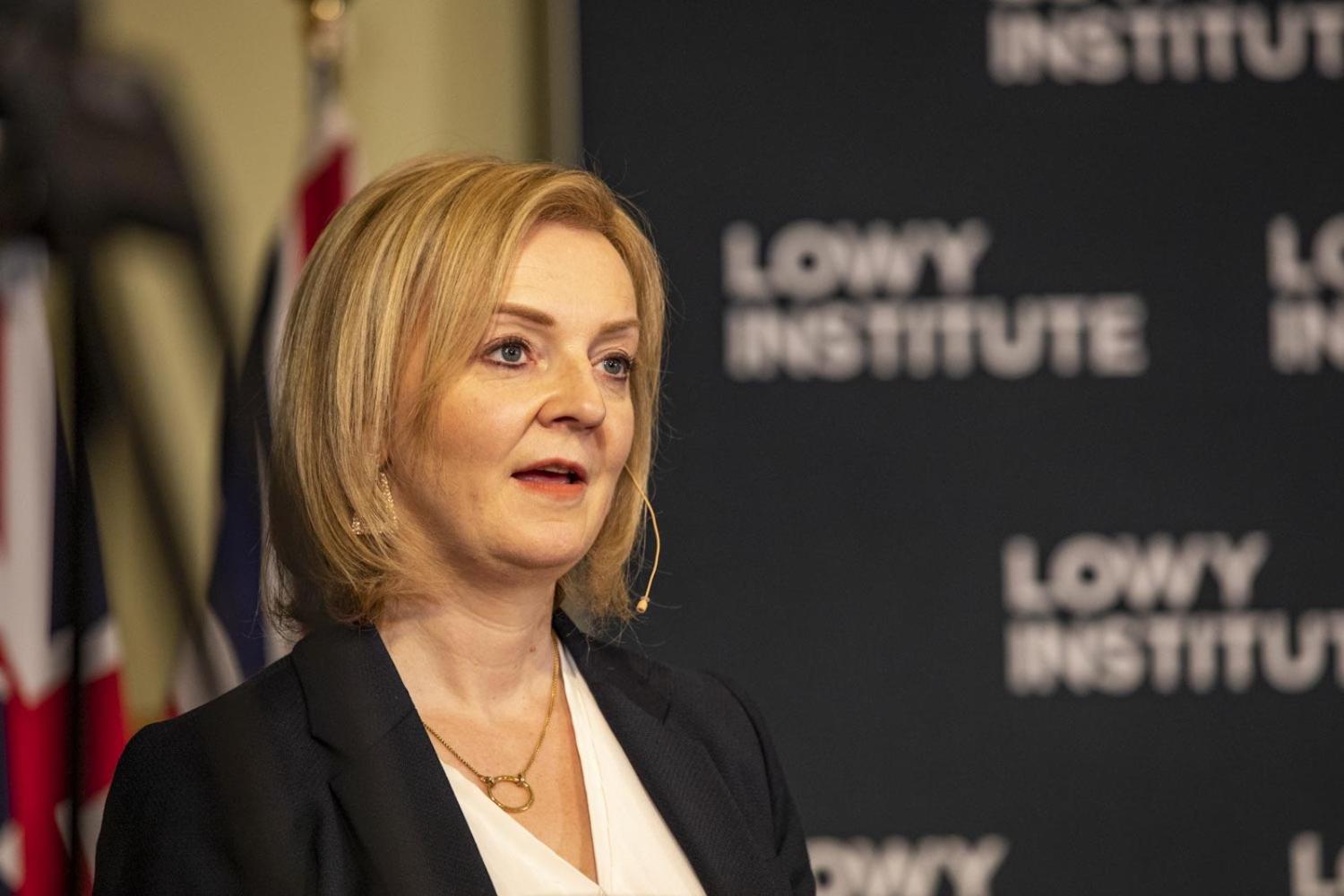 After meeting Australian counterparts in the morning, Britain’s Foreign Secretary Elizabeth Truss delivered an address to the Lowy Institute on Friday which outlined how the United Kingdom will work with partners to build a global “Network of Liberty” to stand up for freedom and push back against increasing threats to international security.

Truss first outlined the Network of Liberty concept in a major foreign policy speech to Chatham House back in December. Coming off the back of the UK’s Integrated Review in 2021 and Truss assuming the Foreign, Commonwealth and Development portfolio in September, the Network of Liberty outlined a new agenda and vision for UK foreign policy – one focussed on commercial opportunity and creating economic, trade and security relationships in the pursuit of freedom and liberty.

Yet curiously this vision makes no mention of the “D10” – a newish label to group 10 of the worlds’ leading democracies – and what had been billed as one of the UK’s key foreign policy priorities of 2021.

The D10 started life as a 1.5 track strategic forum in 2014, run by the Atlantic Council. In 2020, British Prime Minister Boris Johnson floated the idea of expanding the G7 to a D10 – the G7 plus Australia, India and South Korea – to coordinate policies on 5G, technology and supply chains. The idea quickly grew beyond a focus on technology to a broad coalition of leading democracies as a bulwark against growing authoritarianism around the world. The idea was enthusiastically received, and Johnson made it a defining goal when Britain held the G7 presidency in 2021.

While the Network of Liberty openly has a values and security element to it, providing options for countries to “choose their own adventure” based on their interests and levels of comfort is smart.

Yet despite early momentum, growing concerns from France, Germany and Italy about the grouping being seen as anti-China slowed progress. The final nail was Japan’s strong opposition to South Korea’s inclusion in the grouping. Needing unanimous approval among G7 members, the D10 quietly disappeared off the agenda at the G7 summit in Cornwall – the very summit Johnson had intended to launch the group to the world.

The D10 has now all but vanished from public discourse, and it appears Truss’s pursuit of the Network of Liberty is a tacit admission the D10 concept is now firmly dead in the water.

However, while there certainly remains merit in coalitions of democracies such as a D10, Truss’s Network of Liberty actually looks more promising for the United Kingdom on a number of fronts.

First, the Network of Liberty is primarily focussed on building trade and economic ties among countries with shared interests. Creating relationships based on mutual economic opportunities, rather than underlying shared values, will no doubt be of interest to many countries – particularly in the Indo-Pacific. Indeed, this is a tactic China has used to its advantage as the Belt and Road has shown (well, at least in the beginning).

While the Network of Liberty openly has a values and security element to it, providing options for countries to “choose their own adventure” based on their interests and levels of comfort is smart. It offers a way to build credibility and establish multi-layered public-private partnerships while discreetly opening up avenues in the future for broader security cooperation.

Second, focussing on the trade and economic opportunities the Network can bring will lend itself positively to Truss’s conservative base back home. The United Kingdom has been somewhat slow in fronting up to the structural challenges facing the international system. Now the United Kingdom has arrived, domestic support will be crucial to sustaining its vision for greater international leadership – particularly in the Indo-Pacific, which is a long way from home.

Third – and most importantly – by not explicitly focussing on a grouping of democracies as the basis for an organising concept, the Network of Liberty automatically widens the tent for inclusion. While some might be turned off by the “Liberty” in the Network (très American, très George W. Bush), “democracy” is a loaded term itself. With the Biden Summit for Democracy, we saw sensitivities over what countries fulfil the criteria as a “democracy” and were invited, and which ones weren’t. This was a similar concern with the D10 itself. Yet as Truss recognised in her speech on Friday, not all potential partners in the pushback against China’s challenges to the international order are liberal democracies.

Not explicitly focussing on democratic ideology alone will also prove more palatable to those who see ideological groupings of democracies as anti-China blocs. China was vehemently opposed to the D10 and apoplectic over the recent Summit for Democracy. A bigger, more diverse tent with less focus on ideology and genuine economic and development opportunities on offer will make it harder for China to dismiss the Network as ideologically-driven alone.

Indeed, while it’s still early days Truss’s Network of Liberty may provide a more effective bulwark in the contest for the international system than the D10 ever could have. While the Network doesn’t hold back on the values side, couching it in terms of freedom and free world (again, très American) might actually work better – because ultimately isn’t that what this is all about? The freedom for all – whether they be allies, partners, democracies or non-democracies – to continue to make sovereign decisions, free from undue interference, in a world where power and might alone don’t replace international law, rules and norms?

If the D10 is dead, long live the Network of Liberty.

Previous Article
Could minilateralism work in the South China Sea?
Next Article
Timor-Leste: comebacks and contests ahead of presidential elections

Countries of the Global South hold the greatest potential for new internet users. But also the spectre of violence.
Sidney Jones 3 Sep 2018 11:30

Lessons of yet another Indonesian blasphemy case