To act, or not? Al-Shabaab’s response to a Covid-19 crisis in Somalia

Turmoil offers a chance to radicalise and recruit new members, yet violence also poses a risk of alienating supporters. 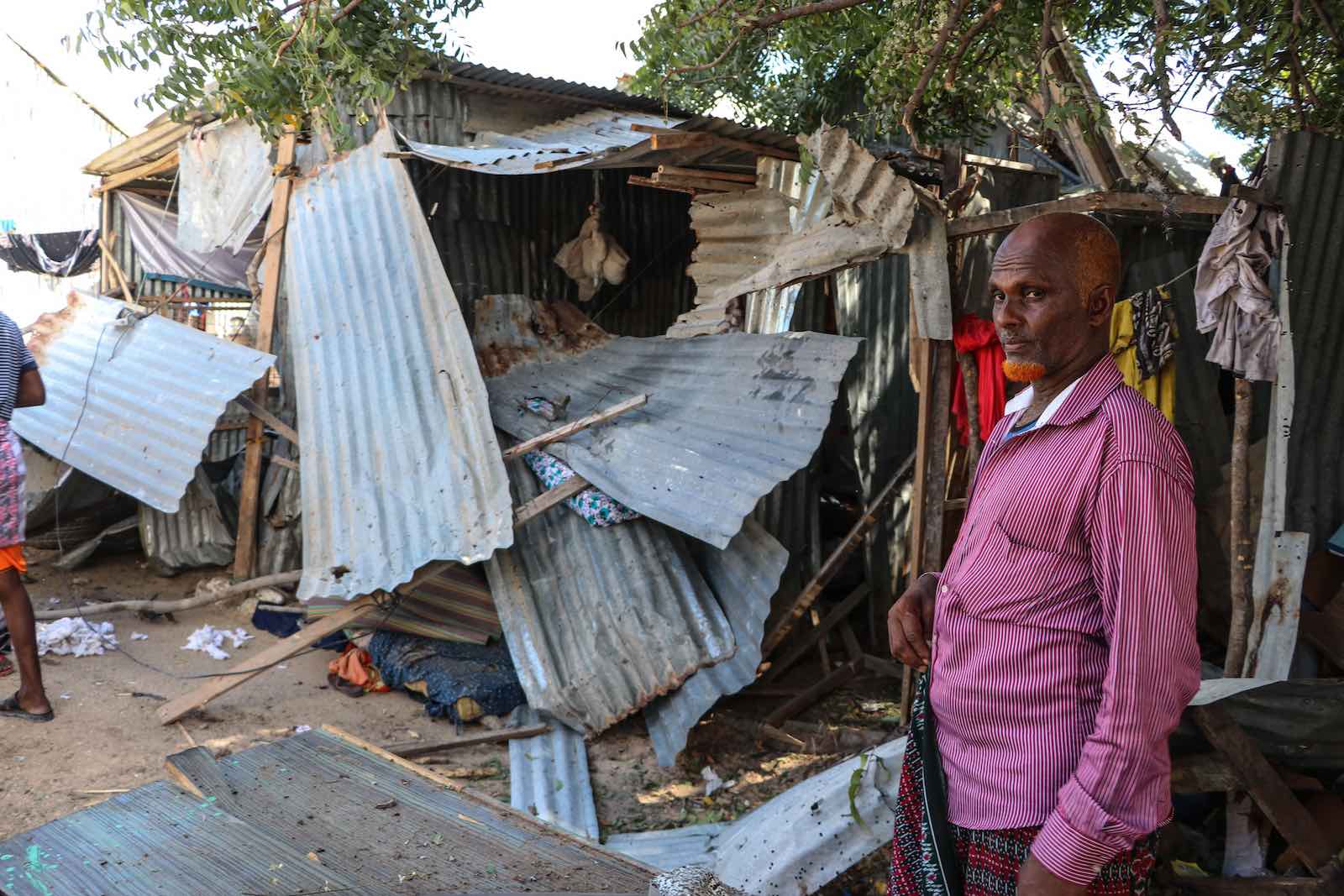 A destroyed house following a suicide bombing attack at a nearby tea shop in Mogadishu, Somalia, on 25 March Abdirazak Hussein Farah/AFP via Getty Images)
Published 15 May 2020 06:00   0 Comments       Follow @skkruber

In the wake of the Covid-19 pandemic, regional security agencies have flagged the potential for a new wave of violent extremism to emerge within Somalia. World Health Organisation figures show that Somalia has had more than 1200 confirmed cases of Covid-19 and more than 50 deaths. However, the actual number of cases is likely far higher due to limited testing capacity and lack of skilled health workers.

The pandemic has presented the opportunity for groups to ramp up both rhetorical and physical attacks while governments are feeling particularly weak and distracted by the virus, with the dual objectives of furthering their own respective ambitions and expanding their support base. How, and with what effect, al-Shabaab, Somalia’s most well-known violent extremist group, will operate under these new conditions is yet to be fully realised. However, there are a number of potential trajectories that may emerge.

Within Somalia itself, the current conditions would be easy for insurgent groups to exploit. Tensions have been running high in the capital after the recent police killings of two citizens while enforcing Covid-19 restrictions on 24 April, culminated in widespread protests over the apparent impunity of the government security forces. And the timing could not be worse, as the frustration over price hikes in food prices in the lead up to Ramadan fans civil unrest. While escalating food costs around the Holy month of Ramadan is not unique, the pressures of the Covid-19 lockdowns mean that the price spikes are higher at a time when the income for many is drastically reduced.

What benefit does this civic unrest have for al-Shabaab? The political turmoil could be harnessed to radicalise and recruit new members, to promote a view that the government of Somalia’s President Mohamed Abdullahi Farmajo has mishandled the Covid-19 crisis, and to present themselves as an alternative.

The Covid-19 crisis might present a new opportunity for al-Shabaab to tighten it grip and expand its control over regions.

So far, the group appears to have taken the pandemic as an opportunity to escalate operations, with a number of attacks reported throughout the month of April. They likely will also capitalise upon existing resentment toward the government’s handling of the pandemic.

The continuing lockdown and price escalations coupled with the reduced earning capacity may push more people to turn to informal networks. In times of crisis, research has indicated that networks have proven invaluable lifelines for everything from ensuring survival, and a means of income to a sense of normalcy. Covid-19 could also see al-Shabaab grow its support network through the provision of much needed services. Extensive informal networks already exist within Somalia, and the prolonged lockdown risk growing these networks further. These networks operate without state regulation or state control and could be readily exploited by al-Shabaab. Indeed, the Covid-19 crisis might present a new opportunity for the group to tighten its grip and expand its control over regions.

UN Secretary General António Guterres has called for a “global ceasefire” as the world faces the Covid-19 pandemic. While this has seen some modest success (for example, the Saudi coalition’s unilateral ceasefire in Yemen), it seems unlikely this will resonate with non-state jihadist groups, including al-Shabaab. The Islamic State has already encouraged its supporters to attack Western targets while they are weakened and distracted by the pandemic.

Al-Shabaab has also taken the opportunity to bring Covid-19 into their broader anti-Western narrative, blaming the spread of the virus on “the crusader forces who have invaded the country and the disbelieving countries that support them”. As the pandemic continues, it is yet to be seen whether al-Shabaab will follow the example set by al-Qaeda, with whom they have been affiliated since 2009, which has focused on providing health guidance and condemning the immorality they argue caused the pandemic, rather than actually encouraging violence as Islamic State has done.

The cost of doing nothing?

However, there may be other reasons for al-Shabaab to remain away from the spotlight during the crisis. Violent overtures during this time might be poorly received, and rather than encouraging recruitment, may in fact result alienate the public. Indeed, this very scenario occurred in previous crises in the Horn of Africa. The group has previously caused more harm than good to its reputation during crises, such as during the 2011 famine when it denied there was a famine and banned aid workers from entering Shabaab-controlled territory, turning many of their former supporters against them, and it is yet to be seen if the group has learned from past mistakes.

Alternatively, the group might not have the resources to continue a widespread campaign in light of the Covid-19 pandemic. The group’s extensive networks of taxation – a network that allegedly extends into the diaspora ­– may be feeling the pinch under market contractions both within Somalia and abroad. This may lead the group to press pause on their campaign of terror for the foreseeable future.

Al-Shabaab has a number strategic choices that could all likely serve the group well, be it using the pandemic to reiterate the failings of the current government, or extend and strengthen existing informal networks, or promote their messaging. Even if the group choose not to act, there is still the possibility of benefit. Unfortunately, al-Shabaab have proven themselves past masters of exploiting political turmoil, and the current crisis provides the group with another opportunity.