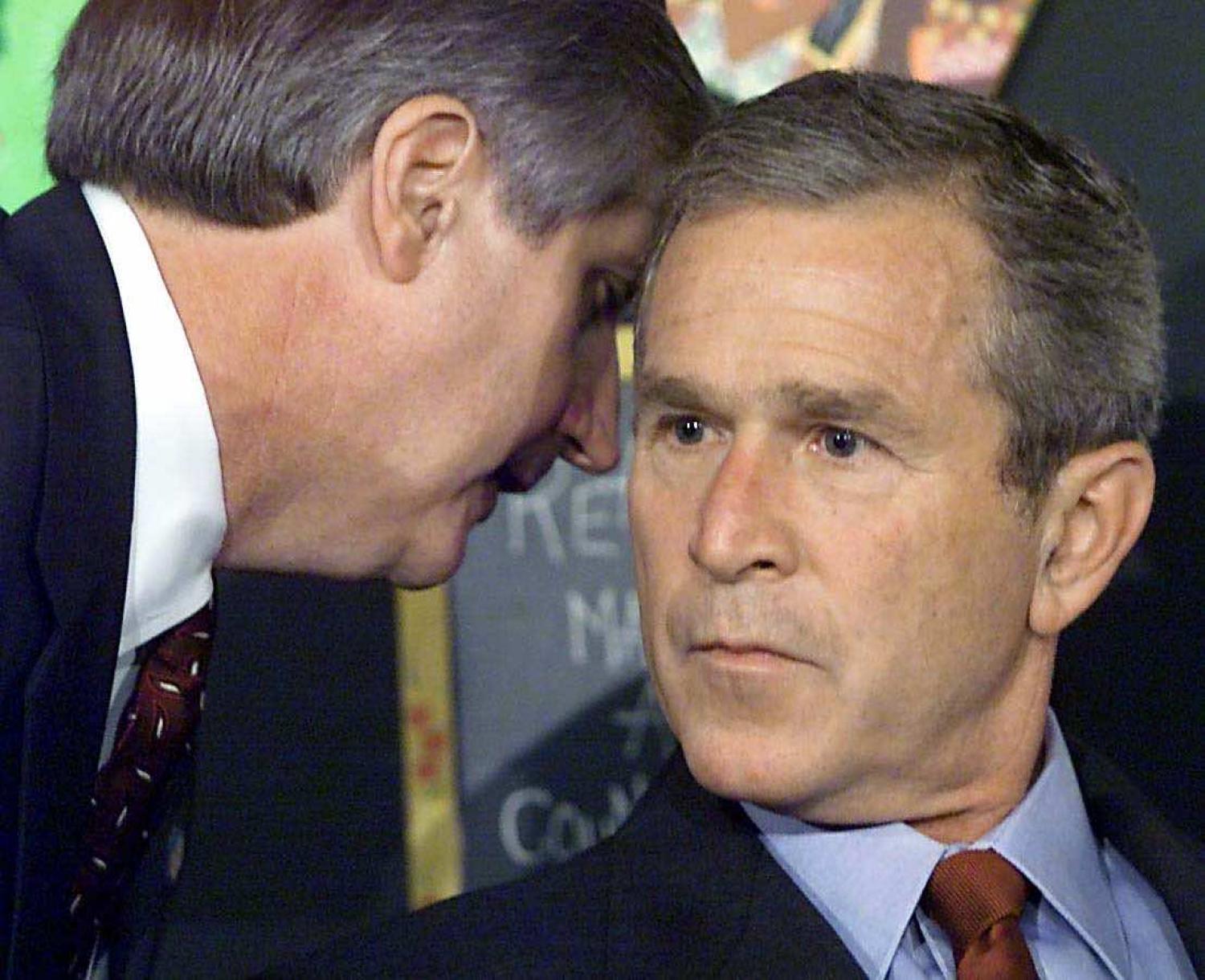 Twenty years on, there are many different ways to remember 9/11.

Many rightly focus on the families of the victims, as Jennifer Senior does in her remarkable article in The Atlantic describing the way grief echoed through the lives of a single family.

The Lowy Institute has released a new digital feature, edited by Lydia Khalil, in which international experts debate the extent to which 9/11 changed the world.

For tomorrow’s episode of my podcast The Director’s Chair, I am interviewing Australia’s former prime minister John Howard, who happened to be in Washington on the day of the attacks.

And a handsome new documentary on Apple TV+, 9/11: Inside the President’s War Room, zooms in on the movements of President George W. Bush and his senior staff on 11 September 2001.

The doco is beautifully shot and edited, featuring interviews with most of the major players and narration by Jeff Daniels, who played an heroic former FBI agent and head of security at the World Trade Centre in the TV miniseries The Looming Tower.

You can see the seeds of all that followed, in the anxiety of the staff on board Air Force One, in the President’s righteous anger and the Vice President’s sharp-elbowed instincts.

Examining Bush’s actions on 9/11 is a good case study in the difficulty of making decisions in a crisis, when both time and information are limited. Telephone lines kept dropping out. The president and his team on board Air Force One could only catch television images when they flew over a city with a good terrestrial signal. Staff hyperventilated and took the wrong pills. It all reminded me of a comment that Kori Schake made to me recently that, when she joined the Bush administration in 2002, her “strongest impression of everybody in the leadership at that time was how scared they were, how traumatic the attacks of September 11 had been on the American leadership, and how dramatically it changed their risk calculus.”

The program also reminded me of how odd Bush’s behaviour appeared at the time. The President was forced to process the news that America was under attack while sitting in front of a class of children in a Florida elementary school – and he sat frozen in front of the class for seven minutes before bringing the event to a close. He then ricocheted from one obscure US Air Force base to another, as the Secret Service and his advisers delayed his return to Washington for fear of an assassination attempt.

Their advice, and his reluctant acquiescence to it, was understandable but ill-judged. As Bush realised, the President should have been in the national capital, setting the tone. Untethered from the White House and shorn of the accoutrements of office, giving speeches in poky military conference rooms in the heartland, he was a diminished figure.

Meanwhile, back in Washington, Vice President Dick Cheney filled the void, giving an order to shoot down United Airlines 93 before it reached Washington. (It turned out later that the passengers had overrun the terrorists aboard UA93 and forced it to the ground even before the order was given.)

This compelling documentary does not describe what flowed from 9/11: America’s war in Afghanistan, which has only just come to an end; the mad non-sequitur of the Iraq war; and the domestic overreaction and foreign overreach that did so much damage to the United States. To understand that, you might start with Carlos Lozada’s superb review of the 9/11 literature in The Washington Post.

But you can see the seeds of all that followed, in the anxiety of the staff on board Air Force One, in the President’s righteous anger and the Vice President’s sharp-elbowed instincts, and in the remarks Bush made from the Oval Office when he finally got back to the White House that night: “We will make no distinction between the terrorists who committed these acts and those who harbour them.” This later became, in its fullest expression, the Bush doctrine of preventive war and regime change through the use of force that cost America thousands of lives, millions of hearts and minds, trillions of dollars and countless opportunities.

Doubts about Indian democracy and its politics suggest the Morrison government has some persuading to do.
11 Mar 2017 08:46