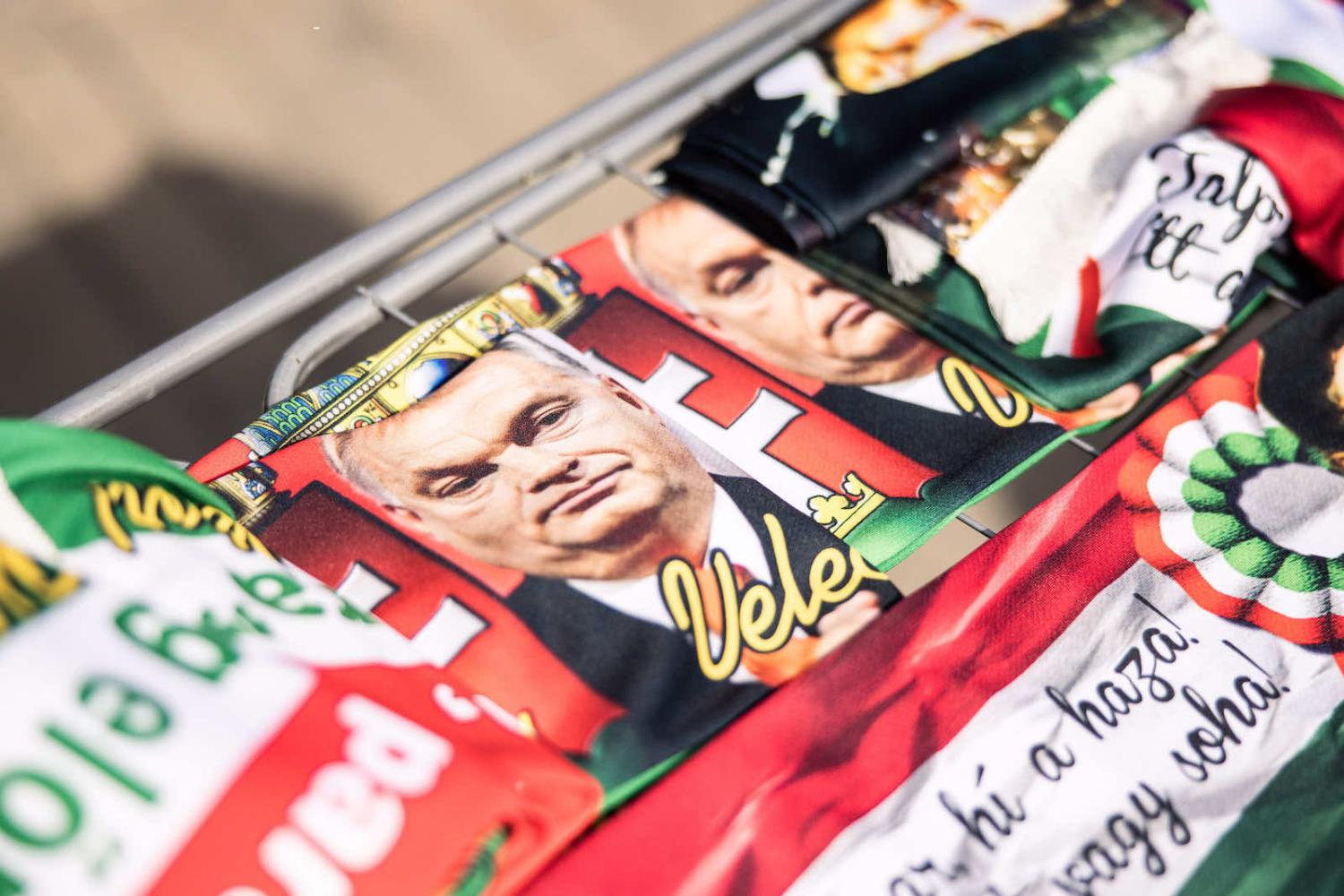 One month ago, Hungary’s upcoming parliamentary elections were poised to be a plebiscite about the actions of one man: Prime Minister Viktor Orbán. But Vladimir Putin’s invasion of Ukraine has dramatically altered the rules of engagement and confronted Hungarians with an altogether starker choice: do they re-elect the man who has long been Putin’s most reliable EU ally, or align themselves with the new European security consensus?

With less than a fortnight until ballots are cast, let us establish some basic political facts. Orbán, Prime Minister since 2010 (having previously held the job between 1998 and 2002), leads the Fidesz party. In the opposite corner stands United for Hungary, a political alliance led by Péter Márki-Zay. United for Hungary is in effect a marriage of political convenience, bringing together six political parties, ranging from the once far-right Jobbik to the Greens, with the single aim of toppling Orbán.

As the first EU and NATO member state to hold elections since Putin’s invasion, the campaign has become all about the war in Ukraine and, by extension, Hungary’s close links to Moscow.

After looking like a near dead heat as recently as December, polling now suggests Fidesz has opened a small but potentially decisive lead of around five points. This shift has occurred in the context of Putin’s invasion, which has derailed both Orbán’s original strategy of exploiting culture war issues, and the opposition’s strategy of focusing on the damage Orbán’s rule has done to Hungary’s rule of law and political institutions.

Instead, as the first EU and NATO member state to hold elections since Putin’s invasion, the campaign has become all about the war in Ukraine and, by extension, Hungary’s close links to Moscow. Orbán has attempted to play both sides. Mindful of overwhelming public support for the country’s continued membership of the EU and widespread outrage over Russian aggression (made more poignant, perhaps, by the Soviet Union’s brutal suppression of the Hungarian Revolution in November 1956), he was quick to condemn Russia’s “military action” and, after some prevaricating, chose not to oppose EU sanctions. But at the same time, Orbán has used his firm grip on the country’s media to signal sympathy for Putin’s invasion and paint himself as the candidate of the “pro-peace right”, in contrast to the “pro-war left” opposition.

The importance of Hungary’s relations with Russia will far outlast the current campaign and bedevil the next prime minister, regardless of who wins. A United for Hungary government led by Márki-Zay will realign Budapest with the EU and NATO on security and – by seeking to dismantle Orbán’s legacy at home – governance issues. But if Orbán keeps his job and Fidesz its majority, then European solidarity is likely to be further tested.

Much can be gleaned in a wide-ranging interview Orbán gave to the conversative publication Mandiner in early March. In it, he makes clear he will persist with the import of Russian gas and the expansion of the Paks nuclear power plant, funded by a €12.5 billion deal with Russia's state-owned nuclear energy firm Rosatom. He also criticised European countries’ meagre fiscal contributions to NATO and indicated his approval of China’s interest-led diplomacy efforts, claiming that whereas “the Anglo-Saxons [sic] want the world to recognise their position as morally right,” the “Chinese have no such need”. These are the words of a leader eager to exploit the opportunities of a multipolar world.

The EU cannot afford to ignore such talk. Indeed, it faces a conundrum that Orbán both recognises and has no desire to relinquish. An EU decision to withhold €7 billion (A$10.4 billion) in Covid-19 recovery funding from Hungary was upheld in mid-February. But will Brussels relent if Orbán signals a willingness to put more distance between himself and Moscow? Or will it perhaps relax its scruples about the state of Hungary’s democracy if Orbán threatens to block the funding or passage of further arms exports to Ukraine?

Putin's invasion of Ukraine has stiffened European resolve and disabused all but his staunchest supporters on the left and right fringes of his true motives. But it hasn’t magically alleviated the EU’s intractable Poland and Hungary problem. Even prior to the war in Ukraine, Brussels was in a bind when it came to both. Fidesz and Poland's ruling Law and Justice party both challenge its model of liberal democratic governance while showing no desire to ever leave the bloc or spurn its funding: in so doing, they maintain a leverage that the United Kingdom gave up when it actually left. Putin’s invasion, which has seen Poland emerge as the key bulwark against Russia in Central Europe and Hungary issue its sternest criticisms of Moscow in many years, has only increased the leverage of both.

In Hungary, the choice is more complicated than Moscow or Brussels. With no immediate prospect of leaving either the European Union or NATO, its voters instead face a different choice: Brussels or Brussels and Moscow. If Orbán keeps his job after 3 April, expect Europe’s most troublesome tenant to become a little louder and a little more defiant.

The social media network is a battleground in a sociopolitical conflict, prompting fractures and heresies within elites.
Mubashar Hasan 31 Mar 2021 11:00

Hefazat-e-Islam Bangladesh has deep roots in the country. A careful approach is needed in response.
Michael Kabuni 9 Dec 2021 06:00

By focusing on service delivery closer to home, MPs are neglecting their mandated role as national lawmakers.