A remote corner of Indonesia has a distinctive place in history going back centuries. 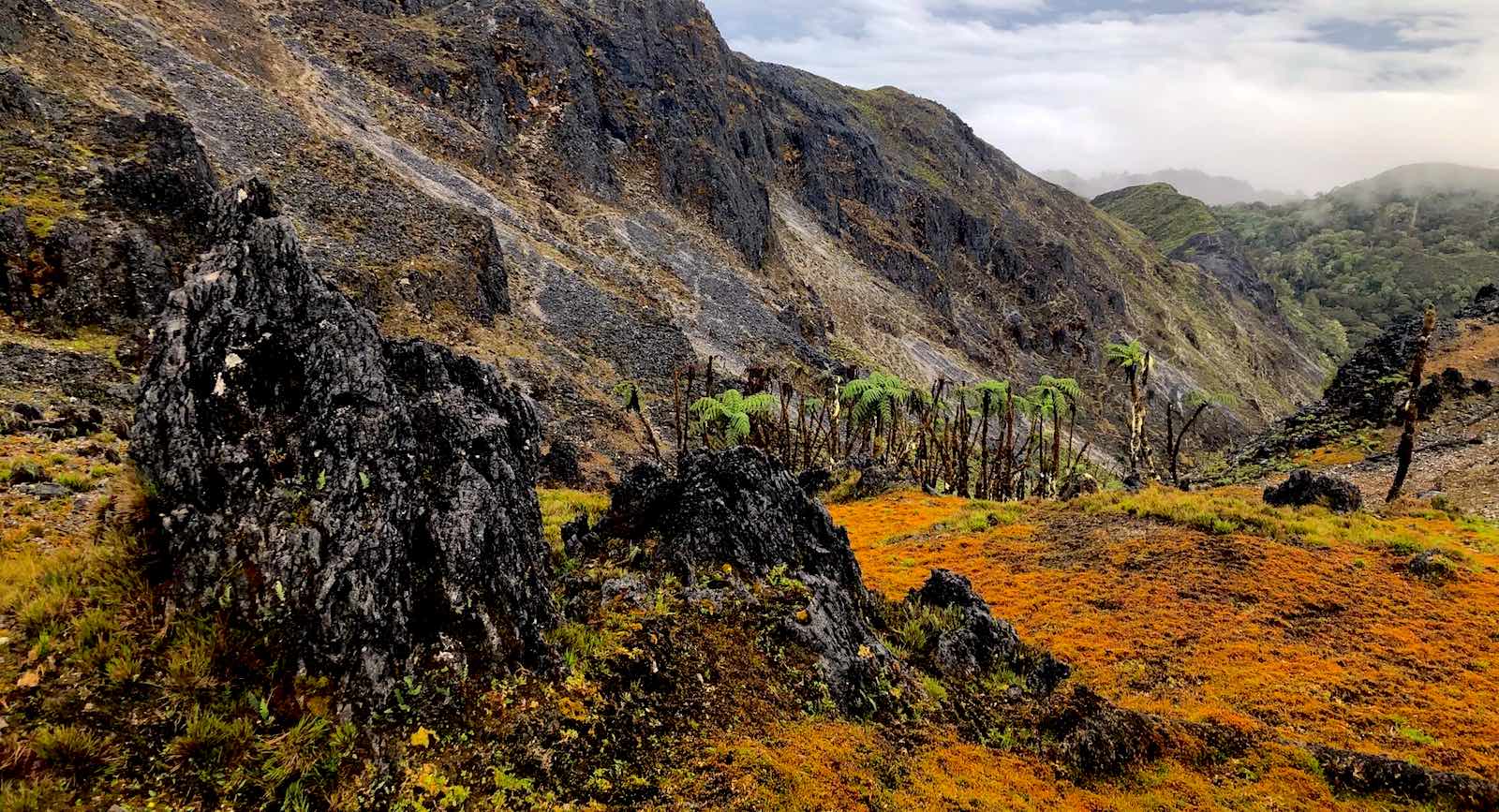 We were 45 metres up, precariously perched on a platform in the rainforest canopy, looking north towards West Papua as the early morning mist cleared to reveal the shimmering coastline. “They arrested him near the waterfall, just on the other side of the valley over there,” said Pak Johan. He was referring to the arrest of Chris Soumokil by the Indonesian Police in 1963. Soumokil was then the leader of RMS, or Republik Maluku Selatan (Republic of South Molucca), the would-be breakaway state which in 1950 declared its independence from the recently established Republic of Indonesia.

“My father was actually involved in his arrest, I’m sorry to say,” Pak Johan said. RMS was crushed with Soumokil’s arrest and execution, and it moved to the Netherlands as a government-in-exile in the late 1960s.

Maluku was the great prize over which the major European powers fought from the 16th to the 19th centuries, in another, much earlier era of globalisation. The object of this titanic struggle, ultimately won by the Dutch, was the humble nutmeg and cloves which gave these islands their moniker, the Spice Islands.

Seram, the island where this took place, is the second-biggest island in the Maluku region. It is known locally as “Nusa Ina”, the “mother island”, the ancestral homeland for the people of central and southern Maluku. I had just completed a seven-day cross-island trek with two friends and some local guides. This is a wild, rugged, and ecologically fascinating part of the world, sitting in the middle of the broad and blurry Wallace Line, with West Papua being the next landfall to the north and east. The cassowary which bounded across the road on our last day was a reminder of that. Our visit gave us a brief glimpse of a remote, rarely visited and sometimes otherworldly corner of Indonesia, but Maluku has not always been on the periphery.

Maluku, which has now been split into two provinces (north and south), consists of thousands of mostly tiny, lightly populated islands spread over a vast area inhabited by a diverse range of people (Minority Rights Group estimates that Maluku is home to up to 131 indigenous languages). Despite this ethnic diversity, as of 2019 it had a population of only 1.7 million people, making these provinces some of the least populated and developed in Indonesia.

My brief exchange with Pak Johan pointed to one of the formative phases in the violent, often globally significant, history of Indonesia’s remote and now-neglected “Wild East”. Maluku, anglicised as the “Moluccas”, was the great prize over which the major European powers fought from the 16th to the 19th centuries, in another, much earlier era of globalisation. The object of this titanic struggle, ultimately won by the Dutch, was the humble nutmeg and cloves which gave these islands their moniker, the Spice Islands. It still has a slightly Dutch flavour, which has lingered longer here than in other parts of the archipelago. The people of Maluku, and especially its most populous island of Ambon, were favoured by the Dutch for their martial prowess, and they had long formed a disproportionately large number of the Royal Netherlands East Indies Army (the KNIL). Many Moluccans migrated to the Netherlands in the 1960s, where they have formed a large, conspicuous, and politically active diaspora estimated to be around 50,000 people.

In the Second World War, the allies also considered Ambon to be a strategically significant location, and Australian and other Commonwealth troops worked closely with the KNIL to defend it against Japanese invasion. After its capture by the Japanese in 1942, it became the site of one of the most brutal Japanese POW camps of the war, a fact recognised in the Tokyo War Crimes trials. Today this is commemorated by a poignant, well-kept cemetery, known locally as the Australian Cemetery.

Conflict returned to Maluku when sectarian tensions between Ambon’s Muslim and Christian communities erupted into open warfare in February 1999. To borrow from Christopher Koch’s book about the turmoil of 1965, this was Indonesia’s second “year of living dangerously”, and Ambon was one of the most violent of the many flashpoints which had flared up across the archipelago following Suharto’s downfall. Peace finally broke out with the 2002 Malino Agreement, after four years of conflict and the displacement of at least 700,000 people and more than 5000 deaths. Ambon has been rebuilt and risen from the ashes, although there are still visible remnants of damage, not to mention the less visible scars of those who bore witness to the carnage. The peace has held, however, and Maluku has once again slipped back into international obscurity. 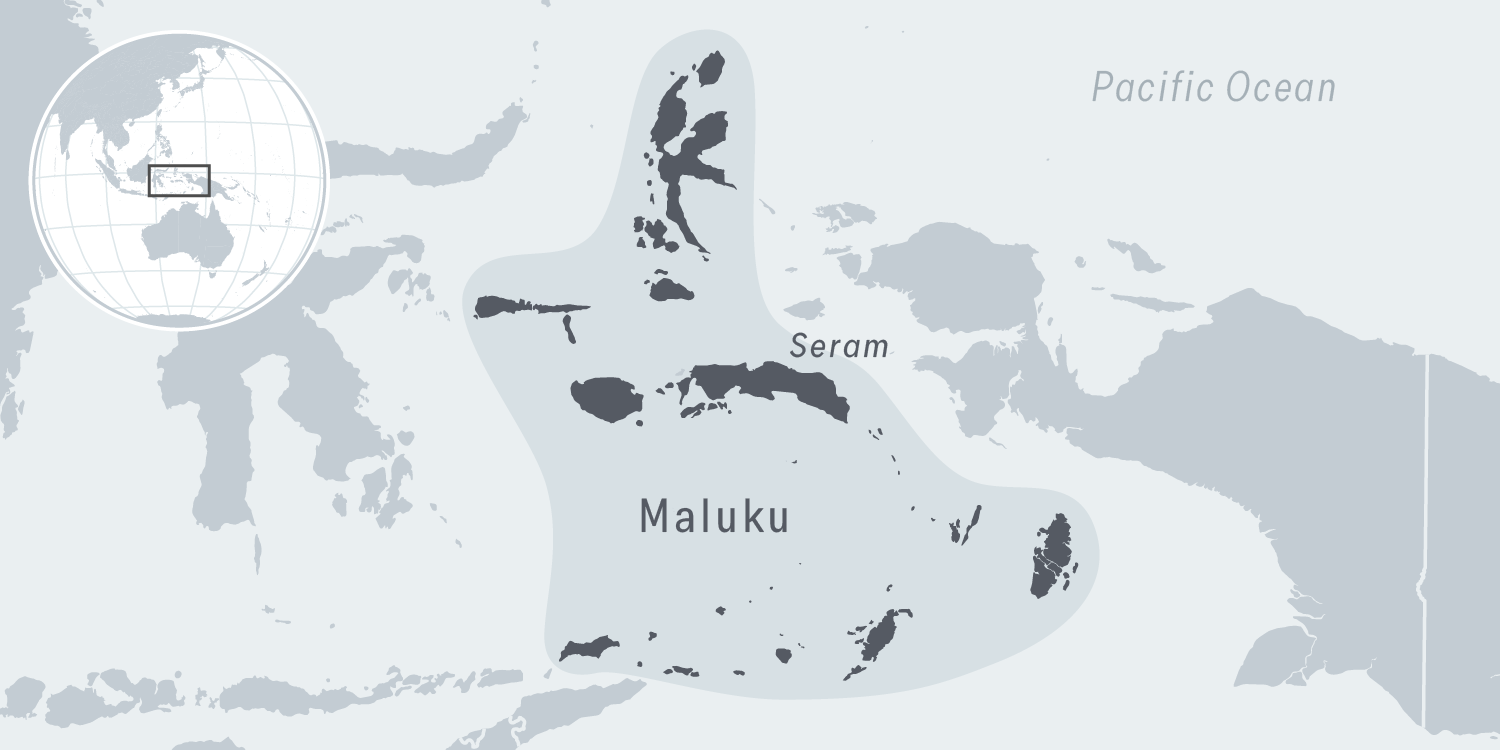 Maluku is a region which warrants much more attention. A search across a range of academic journals indicates that not much has been written about Maluku in the last decade, and what has been written overwhelmingly relates to the post-Suharto conflict or its colonial history. This is particularly so in an era of growing concern about increasing Chinese influence. This has led Australia, the US, Britain, and Indonesia (among others) to recalibrate their respective foreign policy lenses to the “Indo-Pacific”. And Indonesia is, in the words of its government, at the “fulcrum” of the Indo-Pacific.

In some ways, Maluku is at the heart of that pivot point. Darwin is not far south of Ambon, around five days under sail if we want to use the annual Spice Islands Darwin Ambon Yacht Race as a yardstick of proximity. Directly to the north and east of Maluku, and just a few hours speedboat ride from Seram is West Papua, which has seen a dramatic increase in violence in recent years. Its north-eastern border opens out to the Pacific, with the Republic of Palau just a few hundred kilometres away. Meanwhile, the Philippines’ restive Sulu archipelago lies to the north-west.

As we were reminded during President Joko Widodo’s recent visit, Australia and Indonesia can and should be great friends. We can start to give more meaningful content to this rhetoric by engaging more deeply with our near neighbour. In 2020, Chris Soumokil’s vision of an independent republic may well be a faded, fanciful dream, but it is a good reminder of the turbulent history of this fascinating yet little-understood region lying just beyond our northern horizon.