Jokowi’s Canberra trip: A step ahead on a long road

The Indonesian president’s visit demonstrated the two countries’ progress together, as well as gaps that remain. 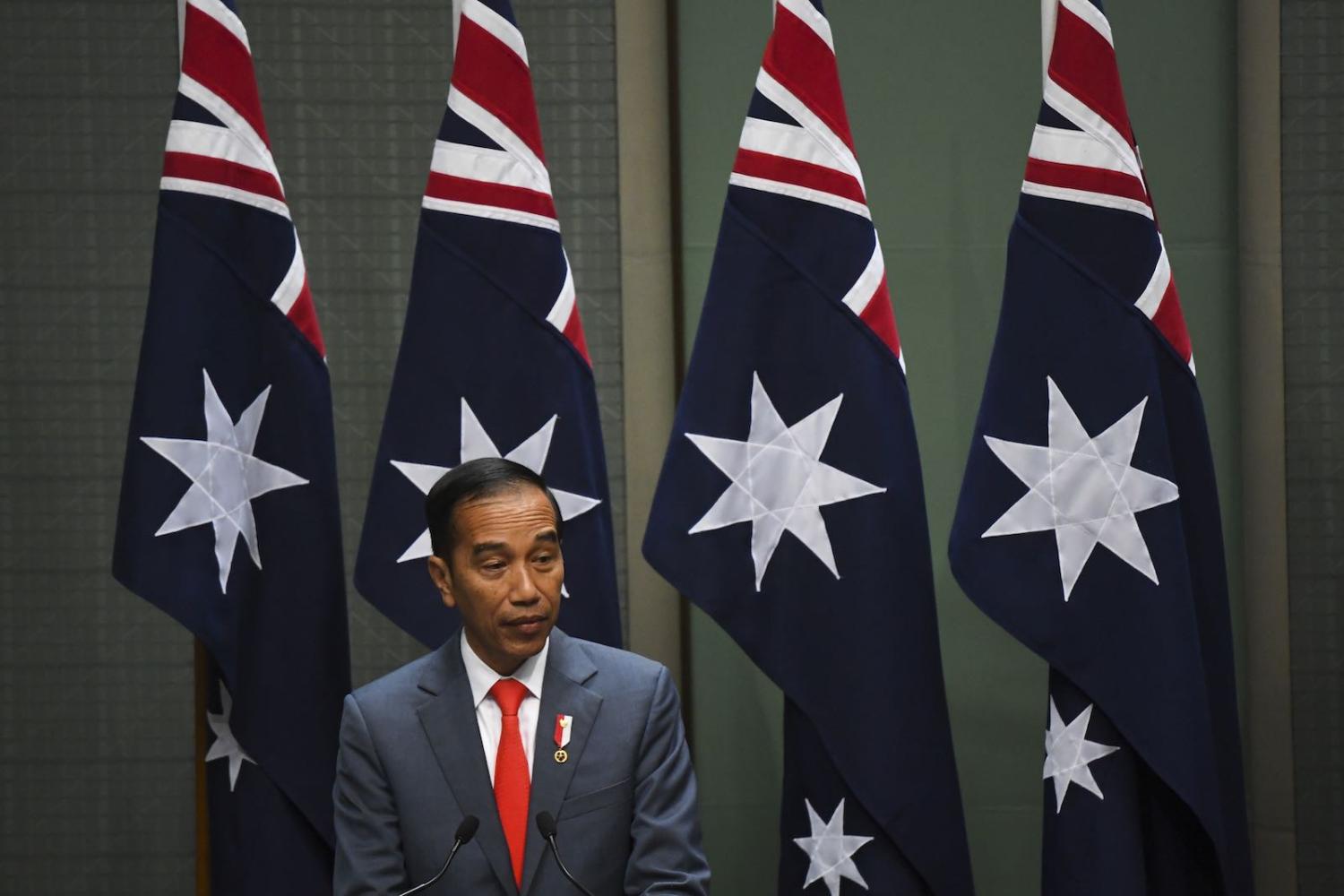 In any relationship, it’s never a great sign when both parties have to reassure each other constantly about the strength of their bond. The more you feel the need to say it, the less true it tends to be. So it was revealing that both Australian Prime Minister Scott Morrison and Indonesian President Joko Widodo cited the same quote from former PM Robert Menzies during Jokowi’s address to the Australian Parliament in Canberra on Monday. “We have ten times as much in common as we have in difference,” Menzies said in 1959 on a visit to Indonesia’s Gadjah Mada University, which also happens to be Jokowi’s alma mater.

More than 60 years (and many ups and downs) later, Australia-Indonesia relations are still a work in progress. Jokowi, as Widodo is affectionately known, is only the second Indonesian president to address Parliament, after Susilo Bambang Yudhoyono, and he demonstrated how far the relationship has come in the last few years – and how much more needs to be done to live up to the lofty rhetoric of friendship and mutual understanding.

Radically different views of international relations will put an upward limit on strategic convergence, with Australia a US ally while Indonesia remains deeply committed to non-alignment.

The trip certainly went well. Jokowi is no rhetorician, but his short, upbeat speech (less than half the length of Yudhoyono’s in 2010) on how to build Australia-Indonesia cooperation was warmly received by parliamentarians, officials, and members of the business community from both countries. An instinctive politician, Jokowi seems to be building a good personal understanding with Morrison, as he did with previous PM Malcolm Turnbull, who was back at Parliament House on Monday to warmly greet him.

There were important markers of concrete progress. Both leaders were celebrating the recent ratification of the Indonesia-Australia Comprehensive Economic Partnership Agreement (IA-CEPA), signed last year. More than a decade in the making, it is a significant achievement, given that protectionist Indonesia is sceptical of free trade deals, and policymakers in Jakarta are often ambivalent towards foreign investment. The agreement lays the foundations to deepen the commercial ties that are a major weak link in the overall relationship, with Indonesia only Australia’s 13th biggest trading partner, and vice versa for Indonesia.

Australia and Indonesia also announced a slew of initiatives to deepen their diplomatic engagement, at a time of intensifying geopolitical uncertainty. The governments will roll out a cooperation program to ensure effective implementation of the IA-CEPA. They pledged to work together more in a wide range of international forums, from supporting the reform of the multilateral trading system to upholding the rule of law in the South China Sea. And they vowed to expand their strategic conversation, for example by elevating the nascent India-Australia-Indonesia trilateral dialogue to foreign ministers’ level (as this author and his co-authors proposed in a recent paper).

Despite the pleasantries and the necessary show of respect for such an important neighbour, the gaps in the relationship were not hard to see. On the economic front, Jokowi spoke of the need for “open” and “free” but also “fair” trade. That statement reflects Indonesia’s continuing concerns that domestic interests – from state-owned enterprises and politically connected tycoons to the tens of millions of consumers hovering around the poverty line – be protected from what is often seen as unfair or exploitative international trade and capital. Overcoming the interventionist instincts of Indonesian policymakers will be a major challenge for IA-CEPA. Jokowi also emphasised the need for economic “collaboration”, and it remains to be seen whether Australian businesses will step up and take the undeniable risks that must be confronted in order to tap the rewards of this fast-growing emerging market.

Politically, there are also big hurdles. While Jokowi talked of “shared values”, Indonesia’s democracy has taken an illiberal turn in recent years, with government critics facing prosecution, minorities facing persecution, and violence flaring in Papua. Radically different views of international relations will put an upward limit on strategic convergence, with Australia a US ally while Indonesia remains deeply committed to non-alignment. And much-lauded people-to-people links may be deep but lack breadth, as illustrated in Lowy Institute polls consistently showing that Australians have a limited understanding of and sympathy for Indonesia. Indonesians, for their part, remain frustrated by Australia’s onerous visa application process – Morrison responded to Jokowi’s call for smoother access by simply saying he would “look at how we can simplify and streamline the issues of entry into Australia”.

Overall, Jokowi’s visit underlined the significant progress that has been made in recent years, not least in better management of the inevitable rows that arise between two countries that are so different socially, politically and economically. As Morrison told Jokowi, Australia and Indonesia have built the trust that "allows us to work through the differences that neighbours sometimes face”. Developing these mechanisms to isolate and manage disputes will prove to be far more enduring than endless talk of commonalities.

In Afghanistan, one step forward, but peace still a far leap

After presidential rivals settle on a power-sharing deal, the big question remains: Will the Taliban come to the table?
Adam Lockyer 2 Aug 2022 19:00

The speaker has a long history of standing against Beijing. But Asia’s balance of military power has changed.
Denise Fisher 23 Nov 2016 14:05

French and New Caledonian leaders have achieved some important steps in preparing for the 2018 ‘final’ referendum process.