Suga steps in, at least for now 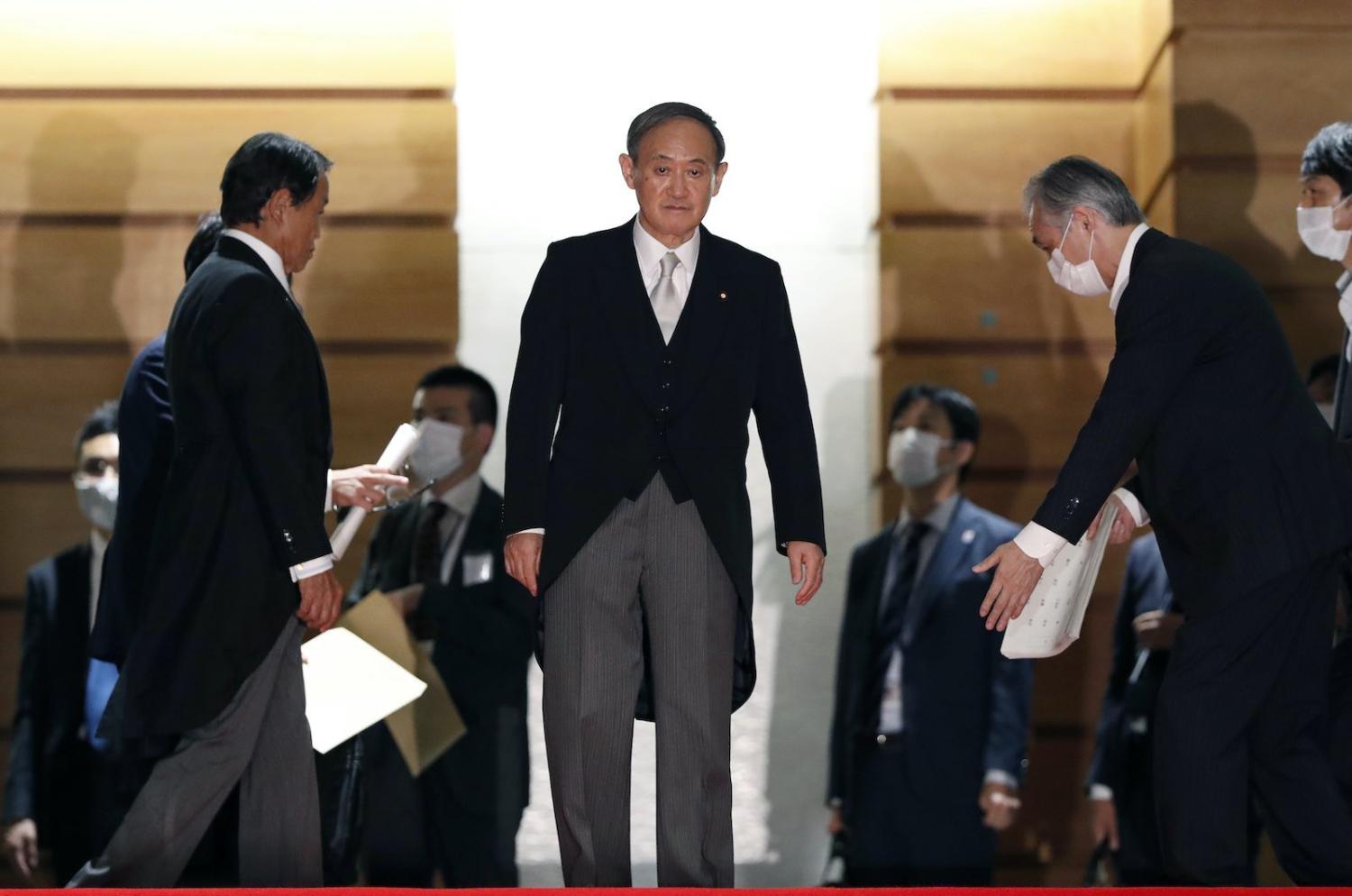 While much has been made of Shinzo Abe’s record-breaking term as Japan’s prime minister, his new successor, Yoshihide Suga, held his role as Chief Cabinet Secretary for the same record length of time – seven years and eight months. As Chief Cabinet Secretary, he has had a high public profile as the government spokesperson, fronting the press almost daily, answering questions, fending off accusations, a guardsman for his prime minister and the government.

The announcement of the new cabinet on 16 September included few surprises and some disappointments. It remains unknown if this arrangement is a stopgap for a rumoured snap election next month or this cabinet can weather the next 12 months, when the current term expires.

At first glance, the posts reflect the factional alliance that won Suga the vote. This is as it was always going to be. For all the sentimental “son of a farmer done good” narrative which has characterised the last two weeks of politicking, Suga is in reality a mover in the party – just look at his record as CCS.

First, to the points of interest. Suga’s successor as CCS is Katsunobu Kato. He has held a number of posts, most recently Minister for Health, Welfare and Labour, but also a term as Deputy CCS to Suga (a likely factor in Kato gaining this post).

Succeeding Abe, given their relationship, brings with it an expectation of continuity, while any diversion will need to be carefully navigated so as not to appear critical of the government’s program.

Several ministers retain their posts: Taro Aso as Deputy Prime Minister and Finance Minister, Toshimitsu Motegi in Foreign Affairs, Koichi Hagiuda at Education, and Hiroshi Kajiyama in Economy and Industry. Shinjiro Koizumi, son of a former prime minister as well as a future aspirant for the top job, stays Minister of Environment. Nishimura retains Economic Revitalisation, but he has also gained some profile recently, fronting the media explaining the government’s responses to Covid-19.

Seiko Hashimoto, former Olympian, is one of only two women in the cabinet and retains her portfolio as Olympics minister. Yoko Kamikawa, the only other woman in the cabinet, returns to the Justice Ministry for the third time, having previously held the post in 2014–15 and again in 2017–18, during which she ordered the executions of 16 people on death row for their involvement in crimes committed by the religious cult Aum Shinrikyo.

The choice of Minister of Defence is perhaps the most interesting. Nobuo Kishi makes his first appearance as minister. Kishi is in fact former PM Abe’s younger brother, adopted back into the Kishi side of the family as a boy (a not uncommon practice at the time). The intrigue here is not only that the Abe-Kishi line to encourage a stronger military will continue, but also that future prime minister hopeful Taro Kono had to move aside.

Kono’s “reward” is a return to the portfolio of Government Revitalisation, a post he held previously. Is it a demotion? Is it an attempt to curtail his high international profile (supplemented with quirky social media posts)? One commentator on morning TV suggested that Suga sees this portfolio an important one, and he wanted to give it to someone who has the “energy” to see through the necessary changes. I remain unconvinced.

Suga’s biggest challenge will be to define himself as someone other than Abe’s shadow, and to transform himself from the government’s spokesperson to the leader of the government. He emphasises his origins as a rural boy from Akita Prefecture in the northern part of Honshu, but his political base is in Kanagawa, adjoining Tokyo. Some might view the party and ministerial appointments as indicating Suga is beholden to factional machinations, but, on the other hand, they might just suit his agenda for now.

Suga is initially likely to keep key aspects of the Abenomics program. Succeeding Abe, given their relationship, brings with it an expectation of continuity, while any diversion will need to be carefully navigated so as not to appear critical of the government’s program.

Suga’s political judgment is sometimes brought into question. Abe left the prime ministership with several scandals still unresolved, and Suga, by association, will need to handle this public discontent if trust in government is to be restored. Unfortunately for Suga, his easy dismissal of probing questions by certain female members of the press corps has not been well received. His association with members of the parliamentary wing of the party who have subsequently been charged has not reflected well on him, but he has indicated he is unlikely to revisit the outstanding scandals.

There is little to suggest that Suga will deviate from the Abe agenda in the interim. Perhaps his international profile will be somewhat downplayed, as he emphasises his “regional” credentials. He is unlikely to push constitutional reform to the extent Abe aimed to do, although his political affiliations lean to the conservative side and the enormous factional support will entail obligations as well. The result of the US presidential election will be greatly anticipated, and perhaps expectations for Suga and Japan (and the world) in the near future must be tempered a little until then.

Coincidentally, as the LDP leadership competition was playing out, two opposition parties were also sorting out their own leadership issues. The two democratic-leaning parties spent days deciding on the preferred leader of their newly merged party. Edano, the incumbent of the of Constitutional Democratic Party, prevailed, and the party chose to keep the name. For as long as Abe was in power, the opposition parties languished, and this too has played in the LDP’s favour. Voter resistance to LDP excesses have failed to find expression in an alternative government, and trust in politics suffers as well.

For the time being, it seems dissent and opposition will come from within the LDP, rather than outside. How well Suga navigates these tensions until the next election – either next month or next year – is likely to give us pointers to how well Suga makes that transition from sidekick to prime minister.

Ear worms for The Interpreter’s 2021 favourites

Practical measures will foster enduring regional ties beyond the immediate challenge of responding to global warming.
Malcolm Cook 3 May 2017 08:57