Don't jinx it, but a few promising signs suggest bilateral ties could be entering a new period of relative stability. 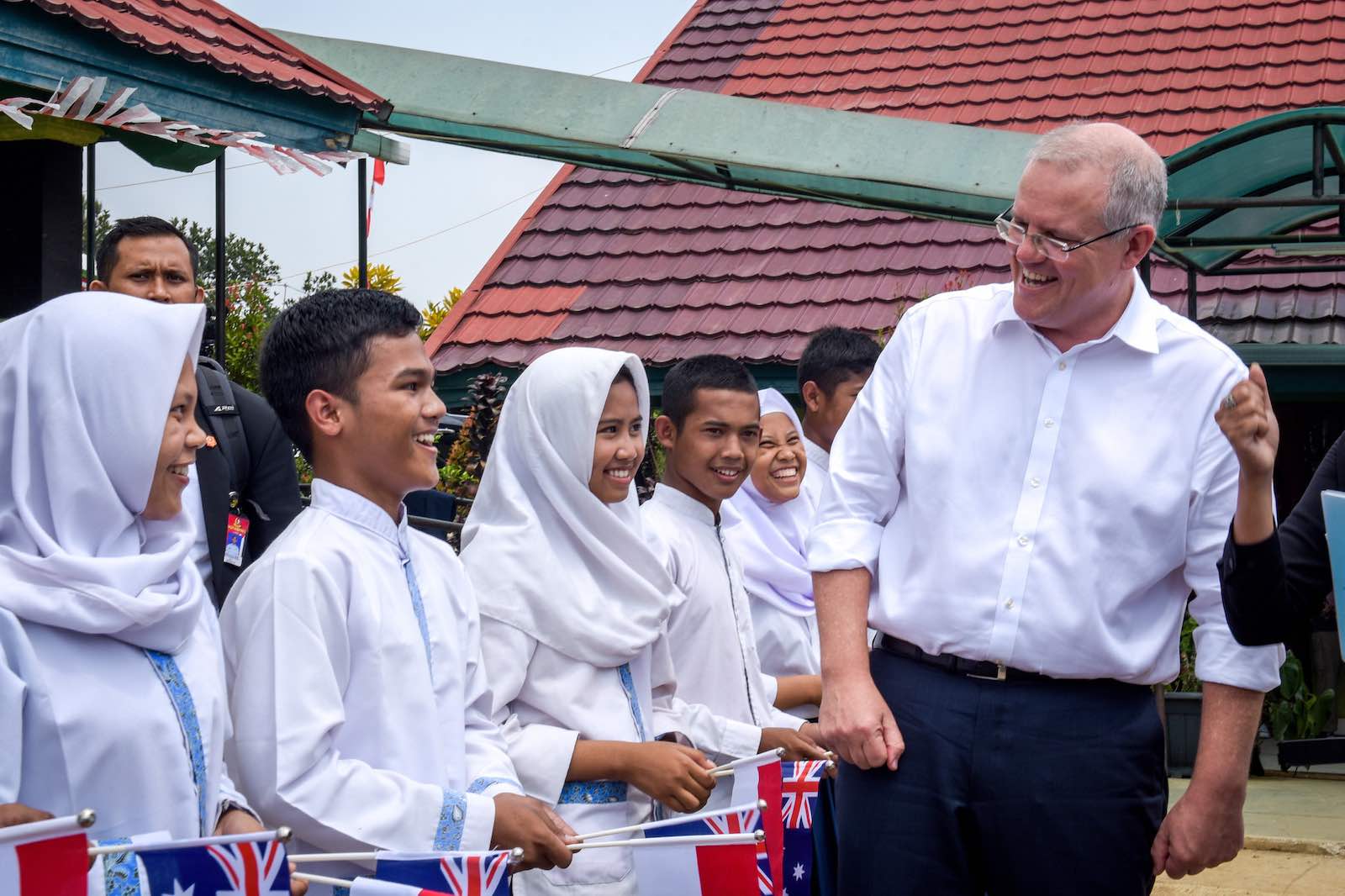 When I was a correspondent for the Financial Times in Jakarta, I often commiserated with my Australian media peers. While they worked hard to carve out time to shed light on the complexities, depth and wonder of Indonesia, they would inevitably be sucked into covering the latest high-pitched row between Australia and Indonesia.

The noise generated by two boisterous democracies will have the potential to complicate the relationship.

Whether about beef, boats or Bali, these disputes – and the coverage – usually generated more heat than light. That is why Ken Ward pondered in a 2015 Lowy Institute Paper if these two neighbours were “condemned to crisis”.

Say it softly, for no-one wants to jinx it, but there have been some promising signs in the last year or so that bilateral ties could be entering a new period of relative stability.

Firstly, the re-election of Scott Morrison and Joko Widodo provides some much-needed continuity at the highest level of the relationship. Both men are pragmatic when it comes to foreign policy, although we are still waiting to see if the Morrison government makes any adjustments in emphasis now that the PM has his feet firmly under the desk.

Diplomats are discussing the possibility of two bilateral visits this year, with Morrison potentially going to Jakarta for Jokowi’s second-term inauguration in October and Jokowi invited to Australia before the year is out. These trips should help deepen the relationship between two men for whom politics is a personal business. There is also talk that Jokowi might be invited to address the Australian parliament, which would give him a chance to charm and educate the Australian public, only 34% of whom think that Indonesia is a democracy, according to the latest Lowy Institute poll.

Secondly, Jakarta and Canberra seem to be getting better at managing the inevitable tensions that develop between two neighbours that are so different economically, political and culturally.

With hotly contested elections in both countries, you might have expected the bilateral relationship to be blown off course by the recent rows over the abortive plan to move Australia’s embassy in Israel to Jerusalem, the potential closure of a memorial to the Bali bombing victims, and racist comments about Muslims by (then) senator Fraser Anning after the Christchurch massacre. But both governments were able to contain and manage these problems rather than let them toxify wider ties. They even got the long-negotiated Indonesia-Australia Comprehensive Economic Partnership Agreement over the line, signing the preferential trade deal in March.

There are, however, many challenges ahead, not least that IA-CEPA needs to be ratified by both parliaments. As in most countries, domestic politics will always come first and the noise generated by two boisterous democracies will have the potential to complicate the relationship.

Recent history suggests we should be cautious about the potential for big breakthroughs in bilateral ties. Jokowi was meant to address the Australian parliament in 2016 but cancelled his visit because of the Islamist protests that eventually led to the ouster of Jakarta governor Basuki Tjahaja Purnama (better known as Ahok).

The only Indonesian president to address the Australian parliament thus far, Susilo Bambang Yudhoyono, seemed to have opened a new chapter in relations with his warm speech in 2010 presaging the development of a “fair dinkum partnership”.

But it wasn’t long before a row over live cattle exports (in 2011) and then allegations that Australia spied on Yudhonoyo (in 2013) put paid to that supposed new era.

So the best approach remains to hope for the best and prepare for the worst, shielding vital long-term cooperation in counter-terrorism, maritime security and other areas from the vicissitudes of daily politics.