It is easy to mistake process for progress in talking to North Korea. 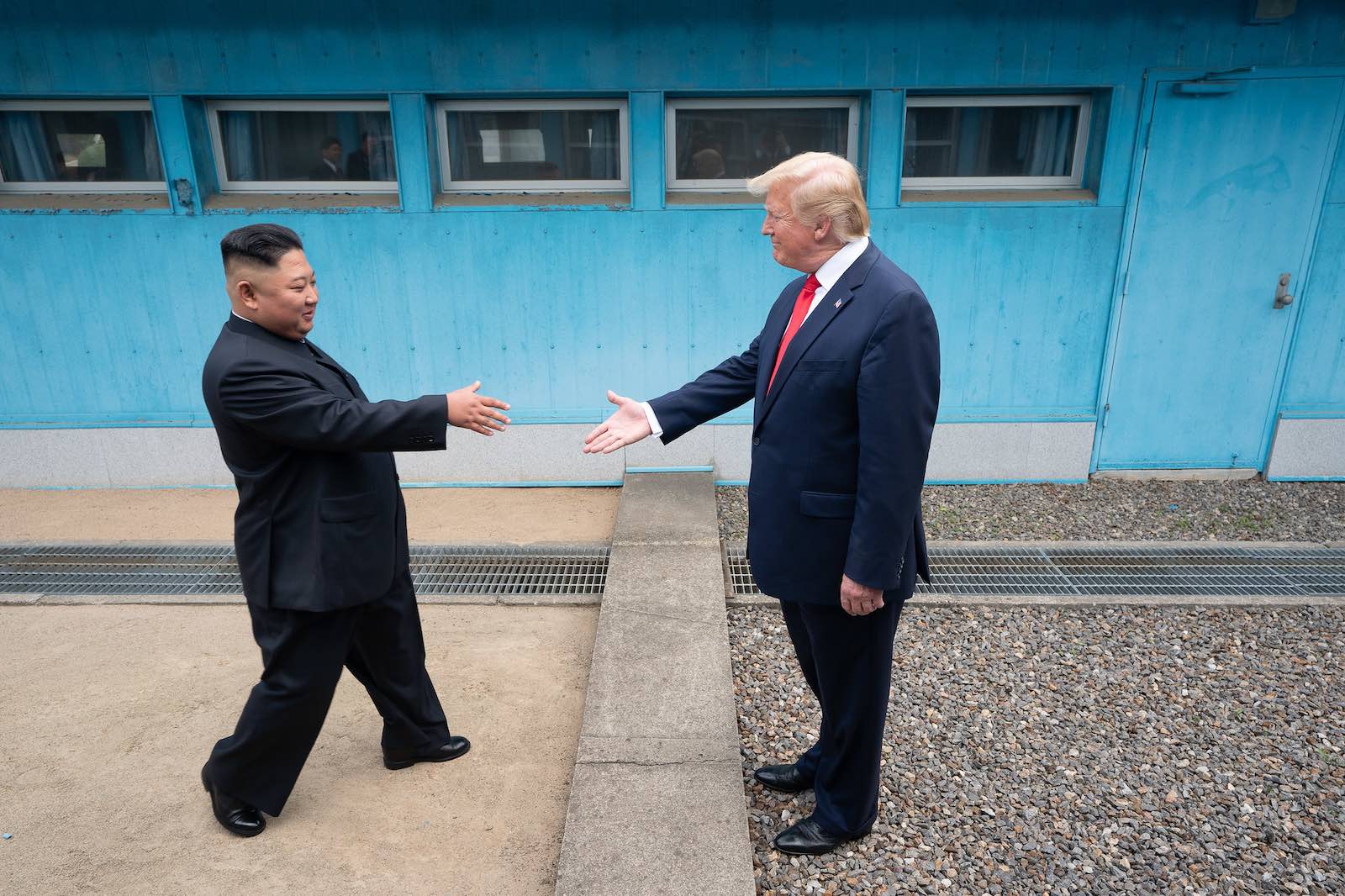 The third meeting between US President Donald Trump and North Korea Chairman Kim Jong-un has come and gone, again without much substantial progress, but its symbolism has continued to dominate Korea watchers’ assessments of the event.

Trump last month became the first sitting US president to set foot on North Korea, and Kim once more crossed the military demarcation line to have a semi-impromptu summit with Trump at South Korea’s Freedom House. The episode resembled the first Moon-Kim summit last year, as Kim invited Moon to stand on the northern side of the demarcation line before heading to South Korea with Moon for a day of talks.

Pending the evaluation of real progress made at the third Trump-Kim summit, Kim’s use of summitry spectacle, creating many firsts and photogenic moments for international media as well as his own domestic audience to capture, is a wise strategy to adopt in the context of negotiation deadlock over the fundamentals. Since it is easy to mistake process for progress in talking to North Korea, it is also straightforward that spectacle can divert public attention away from the core issues – the definition of denuclearisation, the scope of sanctions relief, and the scale of North Korea’s nuclear program.

A common theme in Kim’s summits with Moon and Trump is the frequent, if not excessive, use of the word “historic”, which Merriam-Webster Dictionary defines as “having great and lasting importance”. Kim’s interactions with Moon and Trump always make history, whether that was to be the first North Korean leader to cross over to the South Korean side of the Demilitarized Zone (DMZ), to have a dinner in Hanoi with Trump, to have a surprise summit with Moon in the DMZ in May 2018, or so on. North Korea Central News Agency (KCNA) described the DMZ summit as historic, the same way it did with Kim’s other summits with Trump and Moon. Such a characterisation works well to attract worldwide attention, as the common audience tends to focus on public display of spectacle rather than secret negotiations behind closed doors.

To be fair, these moves are indeed significant given their great meanings. However, to be counted as historic, such meetings also need to bring about long-term end results, which in this context indicate a clear roadmap towards denuclearisation.

Since Kim’s goal is not to give up his nuclear arsenal but to win international recognition of North Korea as a nuclear-armed state, Kim has no concern to meet the latter part of the “historic” definition. He has exploited the word to keep Moon and Trump invested into the process without having to deliver tangible results. Kim’s strategy has so far paid off, as his popularity has increased in both North and South Korea since the beginning of the Korean détente.

Kim’s strategy fits with Trump’s attention-seeking penchant, as the President cares more about photos than real progress. Even though the Hanoi summit collapsed, Kim still managed to stay on Trump’s good side by excluding him from his criticism of the US negotiation stance. Kim’s use of “love letters” enhances the “historic” aspect of the Trump-Kim relations, and his move to invite Trump over to North Korea, satisfies the President’s need for media spectacle. What is dangerous about Trump’s reactions is that he seems to value these symbolic but inexpensive moves from Kim as the basis to assess Kim’s sincerity to give up his nuclear weapons, claiming that his good relationship with Kim is a sign of progress made.

Kim’s goal is not to give up his nuclear arsenal but to win international recognition of North Korea as a nuclear-armed state.

North Korea’s use of spectacle also benefits Moon’s engagement policy, which has been under criticism due to the ongoing negotiation deadlock. South Korea’s one-term five-year presidency puts pressure on Moon to deliver noticeable results and leave a durable legacy for a successor. Nevertheless, in the absence of sanctions relief and a denuclearisation roadmap, Moon can rely on symbolism as a decent alternative to fill the void.

The most recent DMZ summit has helped increase Moon’s approval rating to an eight-month high 52.4% and revived the impression of Moon playing a facilitating role, allowing him to explore the possibilities of a fourth Trump-Kim summit and a de jure peace treaty to end the Korean War. This would certainly constitute a long-lasting legacy for his presidency. However, the collapse of the Sunshine Policy after the presidencies of Kim Dae-jun and Roh Moo-hyun’s should remind Moon that short-term victories do not bring about fundamental changes in North Korea’s behaviours and calculations.

At the end of the DMZ summit, Trump invited Kim to visit the White House, a gesture if realised would certainly become another “historic” moment. Still, as the experience of negotiating with Pyongyang has shown, summitry should be a means to an end, not an end itself. Process should be distinguished from progress, and symbols should be judged not only by their ephemeral meaning, but more importantly by their permanent contributions to a particular goal.

Show Comments
Previous Article
Progress of women in diplomacy a point of pride for DFAT
Next Article
Australia-Indonesia ties: escaping the beefs about boats or Bali