Progress of women in diplomacy a point of pride for DFAT

More women than ever are in key diplomatic positions for Australia. 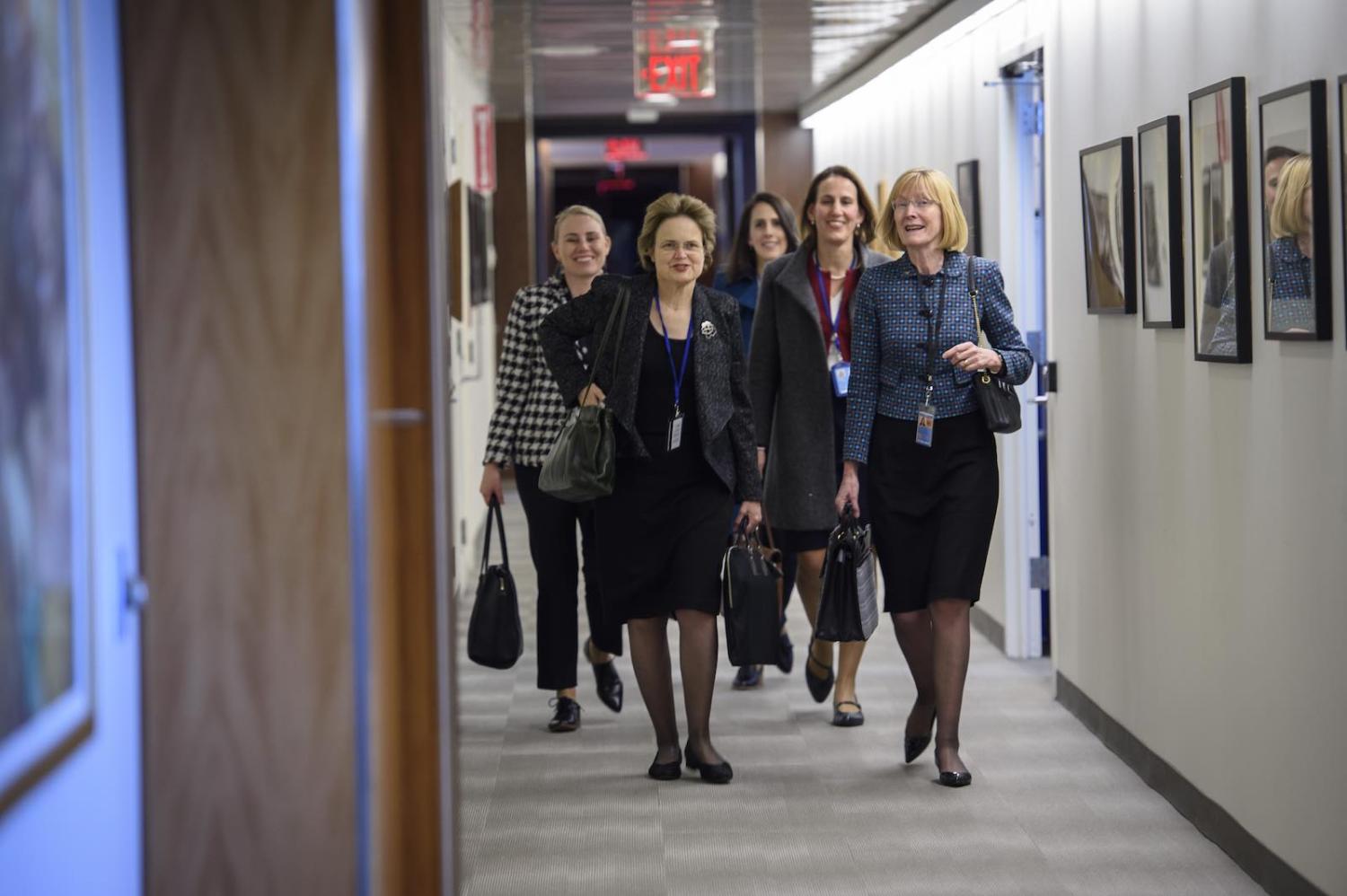 The Department of Foreign Affairs and Trade has a longstanding commitment to achieving gender equality. We have made great progress supporting women in leadership and it is a point of pride that many high performing women have served in key positions, including as ambassadors to three of our most important missions ­– Beijing, New Delhi and UN New York.

In a department where overseas appointments are commonplace, gender data is dynamic, so here are our very latest figures. At 30 June 2019, capable women were serving as ambassadors in 40% of career appointed positions overseas, and in 40% of senior executive positions at home and abroad.

There are no roles in which women cannot serve overseas.

I was appointed as DFAT’s first female Secretary in 2016, having served as Australia’s first female ambassador in Beijing. Even before my appointment, DFAT was committed to gender equality and was making concerted efforts through its Women in Leadership Strategy, launched by my predecessor Peter Varghese in 2015.

DFAT committed to our Women in Leadership strategy because we wanted all staff – women and men – to feel valued and supported to perform at their best. Our strategy draws from research, expertise and extensive staff consultation. It sets specific targets and actions to reach them.

I have taken direct responsibility for implementing the strategy, and I am pleased with what we have accomplished so far. We measure and reward inclusive leadership. We have made female role models more visible, started to tackle unconscious bias, and embedded our “if not, why not?” approach to flexible work. We have many active Women in Leadership advocates across DFAT who champion these initiatives every day.

There are no roles in which women cannot serve overseas. We have female ambassadors across key security partners in the Indo-Pacific, the Middle East, Southwest Asia, Europe and multilateral posts, where the international security architecture is debated and negotiated. We have female Ambassadors in Kabul and Baghdad. Julie-Ann Guivarra, in Madrid, is Australia’s first female indigenous Ambassador.

The Lowy Institute has put an enormous amount of work into its recent report on gender diversity in Australia’s foreign policy, national security and international relations organisations. We welcome Lowy’s focus on this important area.

We are seeing real changes. More women are reaching our senior ranks and becoming heads of mission. There have been positive changes in how women perceive their career progression.

DFAT is confident that in time, women will have served as heads of mission in all of our overseas posts and in greater numbers in our senior executive. There will always be more to do but there is real momentum in DFAT towards a gender equal workplace.

Any countdown could depend on what Beijing is willing to tolerate.
Greta Nabbs-Keller 3 Jul 2020 12:30

Jakarta’s response is likely to be complex and will require deft management by Australian policymakers.
Elaine Pearson 8 Mar 2019 06:00

Universal rights aren’t guaranteed. A few rights are granted by the monarchy. The world should speak up for Saudi women.