From Chinese iPhones to university classrooms, trade in services is being redefined. 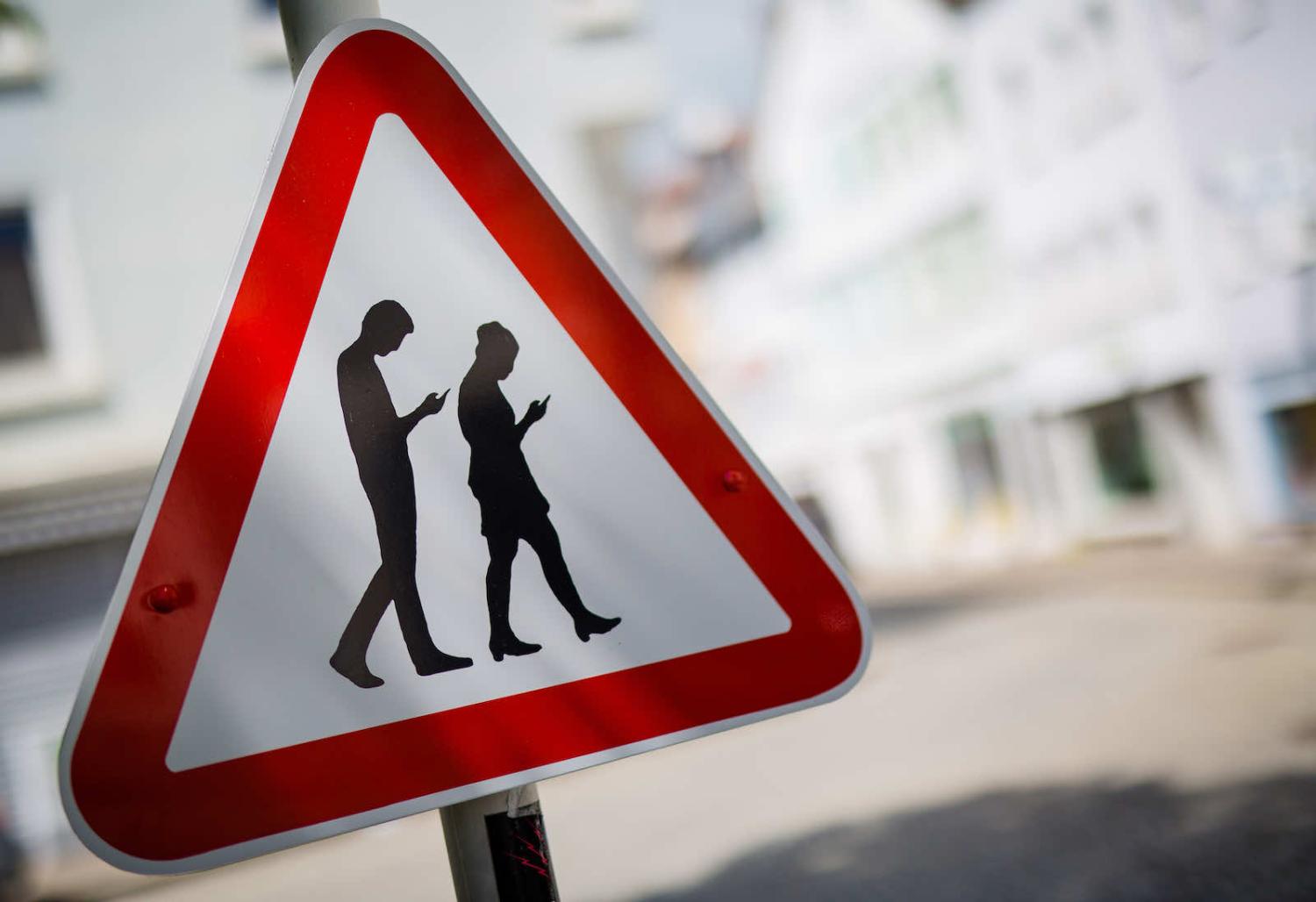 The value of global goods trade during the biggest pandemic in a century last year dropped about a third less than it did during the biggest financial crisis in a generation in 2008. But internet searches about “economic resilience” are running more than twice as high these days than they were back when the world seemed to be on the cusp of a new depression in the global financial crisis.

The World Trade Organisation attempts to explain this contradiction in its latest World Trade Report by pointing out that the pandemic prompted low profile trade facilitating measures as well as high-profile restrictions, whereas ironically restrictions were much more prevalent in 2008 when globalisation was still fashionable.

But the tension between the microeconomic alarm over resilience and apparent macroeconomic recovery in trade is better captured by US President Joe Biden’s return to Christmas delivery duties this week and Prime Minister Scott Morrison’s threats to shake-up Australia’s ports.

Biden hauled top US retailers into the White House for a logistics pep talk, while his Federal Trade Commission demanded information from the likes of Amazon and Walmart about their supply chain operations.

Meanwhile Morrison said he was being regularly briefed on supply chain issues in the run up to Christmas about the flow of goods from overseas suppliers to Australian consumers.

But this comes as the WTO forecasts world goods trade will rise a healthy 8 per cent this year, much faster than the forecast 5.3 per cent world growth recovery from last year’s downturn. Indeed, while central banks are increasingly worried about supply chain logjams causing inflation, the WTO argues:

The global trading system has been a source of flexibility, diversification and strength during the pandemic, helping countries cope by facilitating access to critical medical supplies, food and consumer goods, and by supporting their economic recovery.

Nevertheless, the organisation’s anxiety about the future of multilateral trade reflected in its internet word searching is prompting it to try to take back control of economic resilience from the protectionists and reshorers who have made it their cri de coeur. So, the report rejects what it calls the “binary assumption” that there is a trade-off between global trade interdependence and domestic economic security and that the “pursuit of economic efficiency is incompatible with the pursuit of economic resilience.” This means, it argues:

Today’s hyper-connected global economy, characterised by deep trade links, has made the world more vulnerable to shocks, but also more resilient to them when they strike.

And indeed, Biden seemed to pull back from his earlier alarmism about “something called supply chains” in a speech on Wednesday when he said most supermarket shelves were well stocked for Christmas.

Unlike peers such as the International Monetary Fund, the WTO is more of a convenor of discussion about these issues rather than an enforcer, especially with its appeals system largely moribund due to US intransigence over new judicial appointments. So the failure of its 164-member Ministerial Council to gather for the second year in a row this week due to the new Covid-19 shutdowns in Switzerland has likely handicapped its push to reclaim the economic resilience debate as the global economy reopens.

That will tend to leave this key long term global management issue in the hands of electioneering politicians such as Biden and Morrison.

While the WTO suggests supply chains are holding up better than the headlines might suggest during the pandemic, a new report from the Asian Development Bank and others puts these global value chain (GVC) tensions in a long-term perspective.

It argues in response to the current resilience (or sovereignty) debate that the sinews of the modern global economy were already under pressure well before the pandemic and the US-China trade row hit. While geo-political tension and climate related disasters have played a part in this pressure, the biggest change is really the “unbundling” of manufacturing production from non-production activities in GVCs as services play a bigger role in trade.

While the report says it is too early to be definitive about how the global trading system will respond to the big recent risks ranging from the Trump China sanctions to the floods in Thailand, it does have quite a go:

So far, there has been no generalised reshoring of production back to the US or Europe, nor would that likely be effective as a response to most of the risks that have emerged. GVCs are more likely to evolve than to shut down.

And any slowdown in trade integration is far from uniform. For example, it says that China’s role as a driver of these value chains has plateaued as it produces more in country for domestic consumption.

Meanwhile other countries like Bangladesh (textiles), Vietnam (electronics) and India and the Philippines (business process management) are becoming more important to value chains.

Contrary to the conventional wisdom that poor countries should follow the traditional East Asian route of pursuing export manufacturing to absorb their growing labour force, the report says they can now leapfrog directly into services value chains as India is doing. While acknowledging the risks of “premature deindustrialisation”, it says:

Services-led development, relying on globalisation and digitisation, can become the main development path for low and middle-income countries.

While there are caveats on how this can be done such as the right education systems, the ADB suggests that these countries need to shift their low-cost young workers into services because they no longer have a comparative advantage in manufacturing as it becomes more capital intensive.

The iPhone is well known as an exemplar of disaggregated global production with many graphic demonstrations of how its components come from around the world.

But the Global Value Chain Development Report has taken this concept to a new level with its examination of how a better system of accounting for trade in services income would reduce the US trade deficit with China.

The new approach to calculating services trade could be an entry point for easing of trade tensions if that was desired.

The report finds that the trade deficit would be about 7 per cent lower just by accounting differently for trade in factor income in products owned by four US companies – Apple, AMD, Nike and Qualcomm.

With the Biden administration seemingly content to largely retain the Trump administration’s penalty tariffs and quantitative regulation of bilateral trade with China, it may not be ready to hear that China is not quite the winner the conventional figures show. But the new approach to calculating services trade could be an entry point for easing of trade tensions if that was desired.

For example, it says that in 2018 Apple sold products valued at US$52 billion in China which was its biggest market. But none of them turn up in US trade statistics as exports of either finished products or components because Apple is a “factoryless” manufacturer and the intellectual property embedded in Chinese made iPhones is treated as Chinese consumption or exports.

“Ignoring the income of US factoryless manufacturers from their PRC sales not only greatly understates the benefits of US trading with the PRC but also surely distorts calculations of the bilateral trade balance,” the report says.

With free trade under pressure from the rise of economic nationalism, this inadequate measuring of how intangible services flow through global value chains is only underestimating the role of trade in the modern global economy.

But beneath the wrapping, it is striking how Australia’s erstwhile top services export – international education – is now the subject of some of the toughest government intervention in business as part of the new “China plus” national economic security strategy.

While farmers have merely been urged to find new food export markets and manufacturers have had money thrown at them, universities and training providers are facing intrusive oversight of their classroom diversity. Or as the strategy puts it: “The government will work with the sector, particularly public institutions, on strategies to encourage an optimal make-up of international student cohorts.”

Without explicitly turning away Chinese students, the strategy makes it quite clear Australia is too dependent on its top five student sources – China, India, Nepal, Vietnam and Malaysia – than its competitor countries. Some parts of the education system did become complacent as international education blossomed into a $40 billion export industry with overdependence on Chinese students and potential quality losses at home.

Earlier amid the tension with the universities over treatment of foreign students and Jobkeeper, the government appeared to be emphasising the needs of domestic students over foreign money.

But now the sheer weight of potential services income from exporting education is back in the driver’s seat with Tudge spruiking the possibility of Australian institutions educating ten million foreign students within 20 years – but through more online and in country delivered courses. That compares with about 900,000 foreign enrolments in 2019 across the tertiary, vocational and schools sector.

Just how all this new offshore education bonanza is going to be accounted for in Australia’s export accounts might depend on the ADB’s push for changes to trade in factor income.

Previous Article
Russia, more than China, leaves India with a dilemma
Next Article
Only a truly national security strategy can forestall disaster

A shaky result for Singapore’s PAP, a jump start for global trade and a clear message for Australia's universities.
Greg Earl 11 Mar 2021 15:00