Is “China plus” the answer to fading US global hegemony? 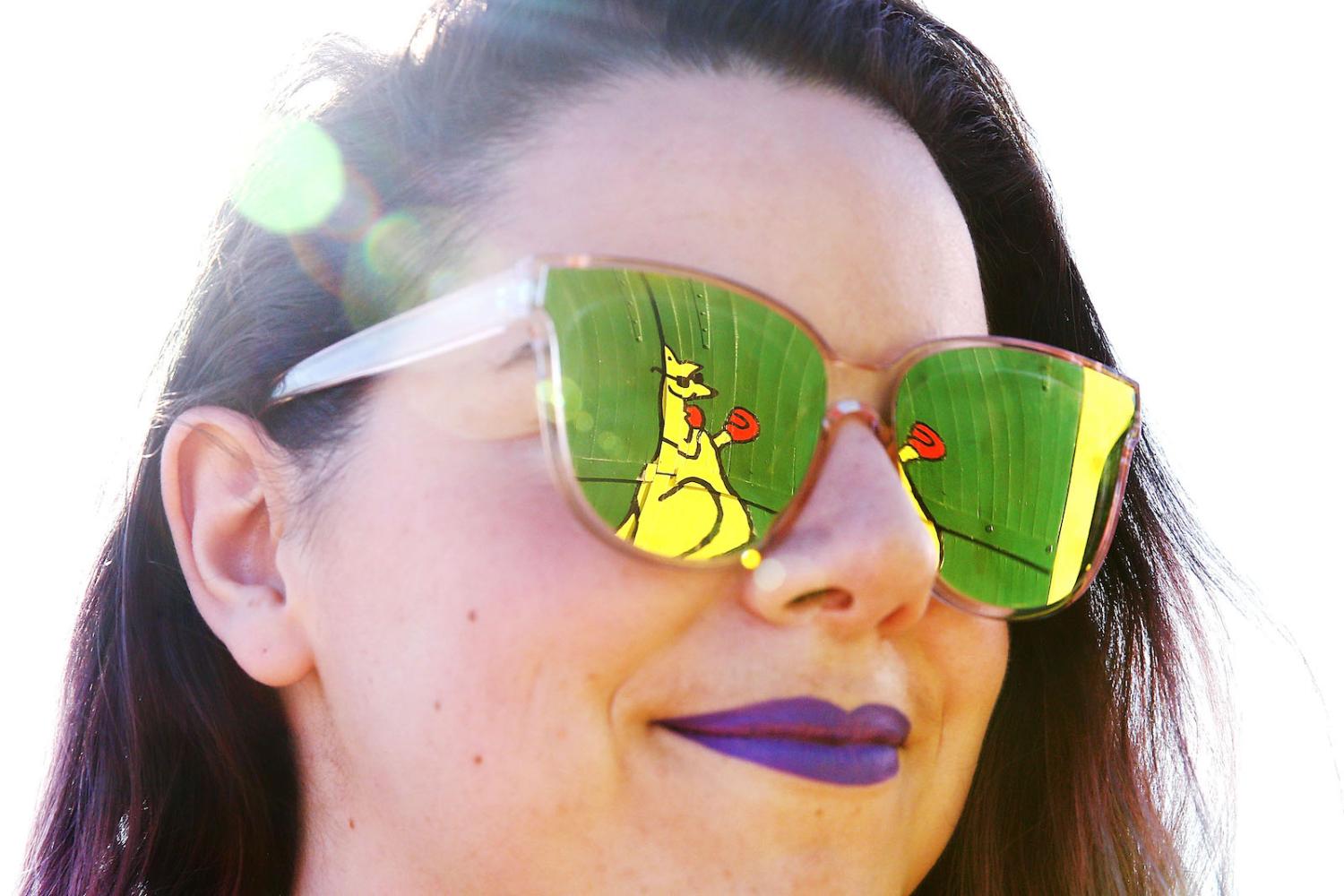 Australia’s sovereign wealth fund – the Future Fund – was established 15 years ago when the rivers of gold from selling iron ore to China were just starting to flow and country was only about half-way through its record-setting 28 years of economic growth.

The Future Fund’s record since of successfully investing $246 billion in government superannuation and research money in a changing world means it sets benchmarks for other investors and provides an indirect insight into official thinking (of which more below).

And it is also now curiously gaining favour among notionally free market politicians as their preferred default repository for what is one of the country’s most significant new sources of economic resilience in the post-cold war era – the accumulation of about $3 trillion in compulsory pension savings.

Australia’s rising defence spending, which is now delinked from conventional economic growth-related budget constraints, is on track to exceed the cost of the aged pension.

So, while a year-long review of the “new investment order” released this week might be an unlikely place to ponder the broader world, the flint-eyed language of a money manager cuts through where diplomatic speak may not.

So right up front, the Future Fund has declared the era of laissez faire economics and US global hegemony is “most likely over” resulting in more conflict domestically and internationally. It says that rising populism, deglobalisation and increasingly extreme policy responses will drive inflation up, while technological innovation, ageing populations and climate change will become the new drivers of how economies work.

As a result of these challenges, governments will shift towards picking winners leading to more volatility and divergences within and between countries. It says:

Countries have reasserted national interest, controls over national laws, and domestic focus in preference to the open international system. National economic policies have moved towards greater state intervention and controls.

While none of this is ground-breaking per se, it does provide a wake-up call to governments inclined to play down issues such as climate change or tax reform to cope with demographic change.

The fund’s planned response is to take on more risk, invest more in private markets, and devote more resources to finding the next hot business idea. Extending those principles to geopolitics is probably a stretch too far – although more creative diplomacy and better quality intelligence do come to mind.

But it is worth noting that Australia’s rising defence spending, which is now delinked from conventional economic growth-related budget constraints, is on track to exceed the cost of the aged pension.

The fact that is happening with little public disapproval amid an ageing baby boomer population is partly due to the rise (and appropriate management) of the superannuation system where the Future Fund sets some standards and might be about to get a much bigger role.

It is about 15 years since multinational companies based in China started pondering the need for other production locations in Asia due to rising labour costs in that country. And the idea of “China plus one” has been standard fare in Japanese trade policy planning for more than a decade with Vietnam typically nominated as the preferred additional country.

So, it was interesting to see Treasurer Josh Frydenberg pluck the idea out of the policy library this week as the latest carrot and stick in an increasingly desperate campaign to reduce dependence on China.

He told a conference that businesses had to learn from how the government was spending money to increase economic resilience and be prepared to do the same thing by “paying a premium” to help protect the economy.

In this respect, they should always be looking to diversify their markets, and not overly rely on any one country. Essentially adopting a ‘China plus’ strategy. And in the same way that Governments are investing in economic resilience.

De-risking Australia’s exposure to China makes sense given the spiralling sanctions on various exports over the past year, although it has been a policy challenge since the Chinalco move to buy into Rio Tinto in 2008.

While Frydenberg has overseen new investment constraints, he has been a relatively restrained public voice in the China debate reflecting the fact that its demand for iron ore is one of the key variables in his budget. This deep economic integration with China despite the tensions means the “China plus” idea can be seen in quite different ways.

The Treasurer may be taking up the framework advocated in the Second Chance report issued by the Business Council of Australia and Asia Society Australia earlier this year which argued for building on China links with extra engagement in other high growth Asian economies.

However, his rhetoric this week about business needing to join the government “on the front line of this new battleground” makes China plus sound more like an exit ramp to alternative markets not yet clearly defined. To its credit, the government has work underway to better define markets such as India, Indonesia and Vietnam.

Either way, it is probably not a good idea for Frydenberg to be talking up China plus as an example of innovative Australian policy in meetings with his regional colleagues because they might already be on to the 2.0 version.

When Singapore’s Prime Minister Lee Hsien Loong gave his counterpart Scott Morrison some neighbourly advice on the way to the Group of Seven summit in June, he could have been channelling his pragmatic father Lee Kuan Yew. Asked how Singapore managed to get on with an assertive China, Lee said:

So much for diplomacy, now the big money has talked.

Last month Future Fund chairman and former Treasurer Peter Costello revealed in a media briefing that the agency had been paring back its investments in China due to rising bilateral tensions. While he denied this was at the behest of the government, he said:

China is a big part of the emerging world and ordinarily we would be taking a big position in relation to that ... (But) we think it’s wise to be cautious as Australia’s sovereign [fund], when we’re making the allocations in this difficult political climate.

Meanwhile around the same time executives from Singapore’s two parallel funds – Temasek Holdings and the Government Investment Corporation – were telling Bloomberg that they remained bullish on China over the long term despite the crackdown on technology and education companies in the past few weeks.

But on closer inspection Temasek’s recent annual report shows that it too trimmed its holdings in China last year from 29 per cent of its total assets of S$381 billion to 27 per cent, while staying unchanged in the rest of Asia (ex-Singapore) at 13 per cent.

As Singaporean and Australian officials talk up their increased economic cooperation, it seems the island’s sovereign money managers haven’t quite got the memo.

Unfortunately – and critics of Singapore transparency should take note – it is not possible to do a direct comparison with the Future Fund because it does not release such detailed information as Temasek on this point. But judging by the Future Fund’s list of top 100 stocks before it started selling out of China, it was not looking particularly overexposed. There are only five Chinese companies on the list accounting for less than one per cent of its total $246 billion under management in stocks and other assets, while there are more than 40 US stocks accounting for more than four per cent of total assets.

Another imperfect way of looking at this diverging approach to China in Singapore Inc and Team Australia is that Temasek has 40 per cent of its total assets in Asia (excluding Singapore), plus extra in other emerging markets. Meanwhile the Future Fund has only nine per cent of its narrower equity investment in emerging markets which would include China, although it could have undisclosed extra non-equity investment there.

Meanwhile, as Singaporean and Australian officials talk up their increased economic cooperation, it seems the island’s sovereign money managers haven’t quite got the memo. Temasek has cut its Australian exposure over the past decade from 12 per cent to 4 per cent.

Previous Article
An Afghan test leaves Australia’s principles wanting
Next Article
Candour, at last, on China – but then what?

The case for Australian strategic ambiguity

As the DFAT/Ausaid merger recedes in the rear vision mirror for Australia, China talks up scrutiny for bad projects.
Fleur Johns 13 Oct 2021 13:00

Australia’s nominee for a vacant seat offers states a chance to strengthen and renew the Court at a critical juncture!!